NBA Playoff Recap—Round One: DeMar DeRozan Gets It Together And The Hawks Ride Big First Quarter To A Win

After the way the Milwaukee Bucks destroyed the Toronto Raptors in Game Three, fans were probably confident that their team could take care of business in Game Four. But if the Raptors stars decided to wake up, it may not be as easy. Atlanta hoped that heading home would help them get on track so they could notch that all important first win.

In the end, Toronto fans went home happy, Milwaukee fans—not so much, and Atlanta fans are relieved to know they are still in it. 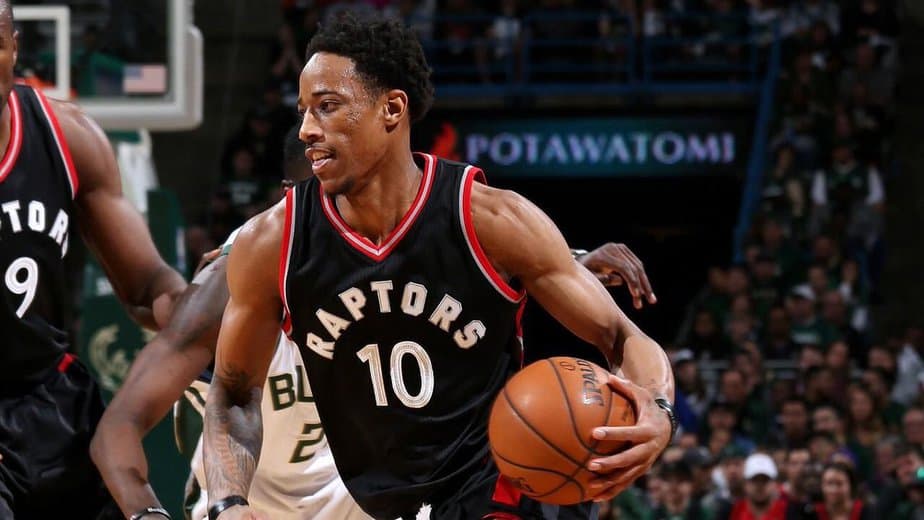 After destroying the Raptors in Game Three, the Bucks had a chance to take a commanding lead on the Toronto with a win in Game Four Saturday. But they couldn’t bring get it done. They failed to move the team one step closer to its first playoff series win since the 2000-01 season for one simple reason.

None of Milwaukee’s usual suspects had good nights from the floor. Khris Middleton was only 4-13 for 10 points. Rookie Malcolm Brogdon continued to struggle with his shot and had just two points to bring his total over the last three games to 13 points. Giannis Antetokounmpo had on off-night hitting just six of his 19 shots for 14 points.

“We were just trying to send as many bodies to him as we possibly could,” Toronto head coach Dwane Casey said after the game.

Toronto didn’t exactly get much more from its playmakers, but it did get a significant contribution from one—DeMar DeRozan. After missing all eight of the shots he took in Game Three, he made 12 of 22 Saturday night and led all scorers with 33 points. Kyle Lowry got off to a lackluster start with four points in the first half but finished with 18.

The series, which has essentially become a best of three now that each team has won two, will move back to Toronto for Game Five on Monday at 7 PM ET on NBATV. 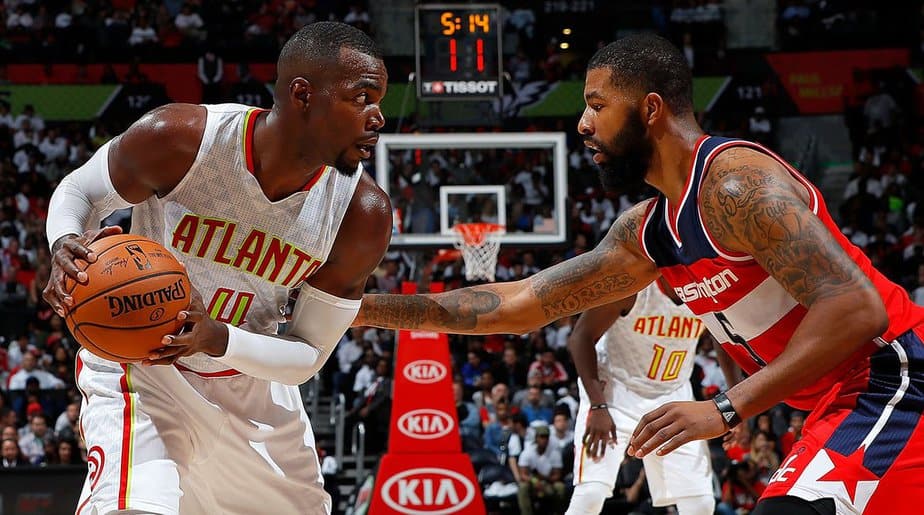 After losing Games One and Two to Washington, the Atlanta Hawks knew they needed to have a big game Saturday night. They needed to get on top of the Wizards early and then stay on top—and they did.

By the time the first quarter was over, the Hawks had a 38-20 advantage over the Wizards. Washington would wake up and play the Hawks to a tie in the final three-quarters of the game, but they couldn’t overcome the 18-point hole they started the game with.

“They jumped on us in that first period,” Wizards coach Scott Brooks said after the game. “Their sense of urgency was very high. I wouldn’t say we came out relaxed, but we came out missing shots, and we let that affect out defense.”

As entertaining as the game was, the real fireworks came afterward when Washington’s Markief Morris talked about Atlanta’s Paul Milsap (ESPN):

“Me, as a man, you take your wins with your losses. I take my wins with my losses all the time. He just did more for his team. He’s a crybaby. You get all the calls when you’re a crybaby. That’s how I look at it.”

Milsap did his best to take the comments in stride but was clearly irked by them before replying:

“It definitely got personal now, yes. I don’t care, so what. Take his loss and go back to the hotel, be ready for the next game.”

Most of the time when a player has a bad night like Morris did (4-14 for nine points), they don’t talk trash. At the same time, a guy that just had a double-double (29 points, 14 rebounds) and won the game shouldn’t be bothered as much as he was.

John Wall did his best to keep the Wizards in the game but didn’t get much help. He made all but one of his shot attempts in the first half (21 points) while the rest of the starters chipped in just 18 points. Wall finished the game with 29 points. The team’s other star player, Bradley Beal, had a dismal night from the floor making just six of 20 shot attempts for 12 points.

Atlanta will have a chance to tie the series up with a win in Game Four of the series Monday night at 8 PM ET on TNT.