Memphis finally broke through against the San Antonio Spurs with a big win in Game Three putting an end to a 10-game playoff losing streak to the Spurs. But if to have an honest shot at winning the series they needed to do it again in Game Four Saturday night.

Over in Portland, the Trail Blazers had a chance to steal one from the Warriors with Kevin Durant sitting out again and Golden State head coach Steve Kerr missing the game. Then again, Durant missed the last one (which Golden State won), and Mike Brown (who took over for Kerr) isn’t exactly a stranger to the postseason. 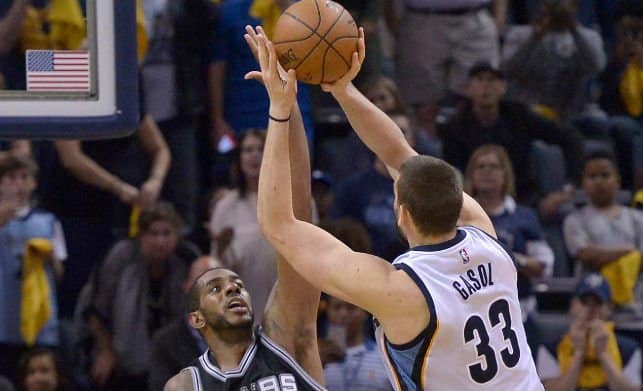 San Antonio entered the series with the Memphis Grizzlies right where they wanted them—thinking they can’t beat the Spurs. Memphis had been swept by San Antonio the last two times they met in the postseason. But then the bubble burst in Game Three—and now the whole perception of the series may have changed after Game Four.

Not only do the Grizzlies know they can handle the Spurs, but after tying the series up with a big win in overtime Saturday night, they have to believe they can win it now, too—no matter how well Kawhi Leonard plays.

Leonard turned into a man on a mission in the fourth quarter and during the overtime period scoring 24 of his 43 points. He even made history by becoming the first player in NBA history to record a 40+ point night along with five or more three-pointers (he had seven) and five steals. During the final few minutes of regulation, he literally did it all for the Spurs (scored 16 points to zero for the rest of the team; shot 5-7, rest of team was 0-4).

But Memphis had a superstar of their own have a great night—Mike Conley. The Grizzlies point guard made 13 of 23 shot attempts for a franchise postseason record 35-points and chipped in nine rebounds and eight assists. Unlike Leonard, he got more help from his supporting cast.

Marc Gasol scored 16 points—including the game-winner in overtime—and 12 rebounds. The immortal Vince Carter chipped in 13 points, and Zach Randolph had a double-double on the night (12 points, 11 rebounds).

Tony Parker turned back the clock with 22 points, but otherwise, Leonard didn’t get much help from his team. LaMarcus Aldridge had another lackluster night with just 13 points.

After battling to a 96-96 tie at the end of regulation, the game appeared ready to head to double overtime when Marc Gasol hit a 12-foot shot with .7 seconds on the clock to secure the win for Memphis. It was the first time in franchise history a Memphis player had made a game-winning shot in the final seconds of the game.

Someone else will need to figure out how to score if San Antonio is going to regain control of the series with a win in Game Five on Tuesday. 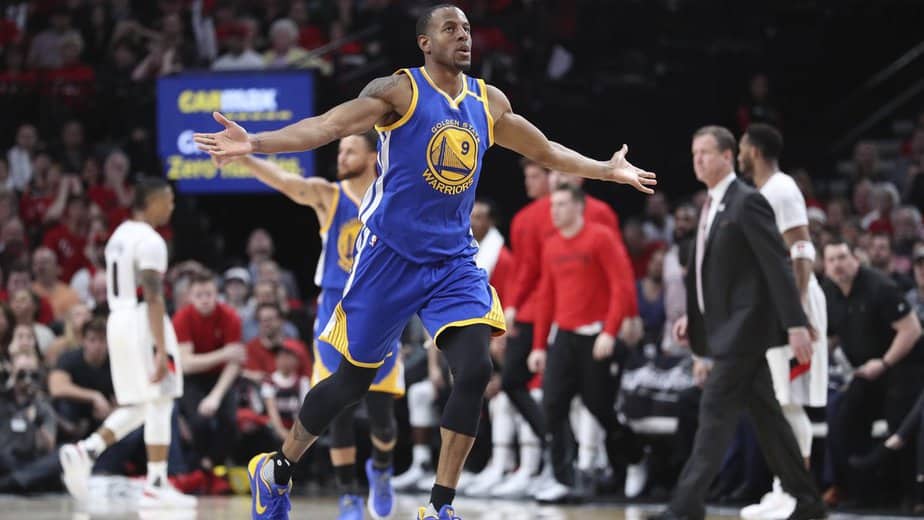 Portland had a shot. They had a golden chance to steal a win over Golden State Saturday night with the Warriors playing without Kevin Durant once again but also without head coach Steve Kerr on the sideline. For much of the game, it appeared as if they were going to pull it off—that is until they didn’t.

The Trail Blazers ended up doing what many teams have done over the last couple of seasons. They played two great quarters against the Warriors and took a nice lead into halftime (67-54). But with the Warriors, when you have them on the ropes you must do whatever possible to keep them there. You can’t let them open the door and get back in the game.

But just like so many teams before them, the Trail Blazers did just that in the third quarter. Golden State started hitting a few shots, Portland missed a few, and before the Trail Blazers knew what happened, the Warriors went on a 21-3 run. Not only did they erase the deficit; they took a momentary two-point lead, 85-83.

Portland took the lead back heading into the final period, 88-87, but it almost appeared as if the shell shock had already set in. The Trail Blazers got within four, 110-106, late in the game but then a Steph Curry three-pointer served as the dagger in the heart that sent Portland fans for the exits.

After slow starts in the first half, Steph Curry and Klay Thompson finished the game with 34 and 24 points (9-23 combined from three-point range). Damian Lillard and C.J. McCollum had good nights for Portland (32 and 31 points) but not good enough.

Portland will now have to make history to move onto the next round—and Lillard is confident his team can do it (ESPN):

“I don’t think it’s ever been done, coming back from 3-0, especially against a team like Golden State. But I’m sure a lot of you guys know I’m not one to quit and I’m very optimistic.”

Golden State will have a chance to sweep Portland Monday night with a win in Game Four at 10:30 PM ET on TNT. It is not known if Kevin Durant will play or if Steve Kerr will be on the sideline.