NBA Playoff Recap—Round One: Spurs And Jazz Push Grizzlies And Clippers To Brink Of Elimination

With the Spurs-Grizzlies and Clippers-Jazz both tied at two games apiece entering Tuesday night’s action, the stage could not be better set for someone to play the unsung hero. Now that the best of seven series has become a best of three, there is no room for error. Lose, and you must win the next two to survive—something that is easier said than done.

So, everyone must bring their A-game–and not just the superstars. The role players and bench guys needed to bring it like it was their last chance ever to play the game—which is exactly what Manu Ginobili and Joe Johnson did. 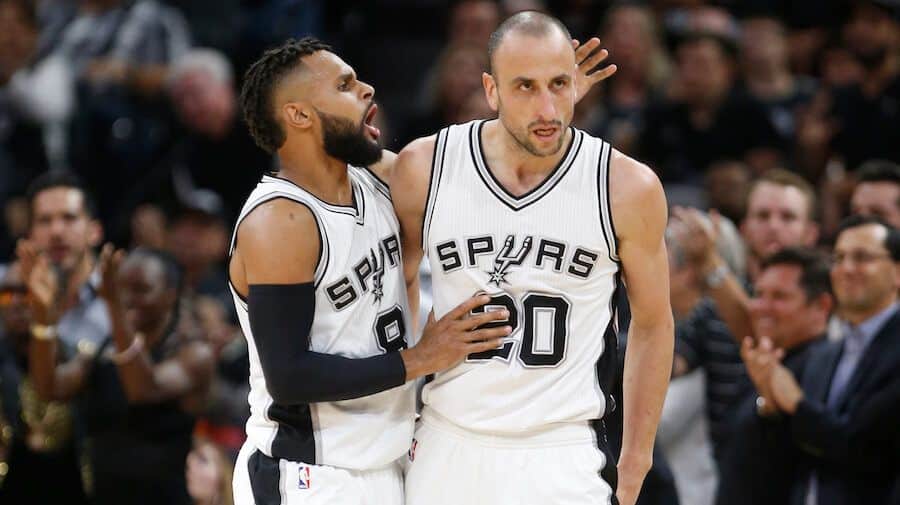 Star players are often the guys teams look to for motivation and inspiration.  At one time, Manu Ginobili used to be that guy for the San Antonio Spurs but time has taken its toll and more often than not, that is not the case anymore.

But it was Tuesday night.

Ginobili only played 18 minutes, but the 39-year old played with such energy and zeal during what time he had on the court it permeated through the rest of the team.

“He brought that grandpa juice is what I call it and we all followed,” Patty Mills said after the game. “We shouldn’t wait for him to do that before we get into gear, but it really is inspiring when you see him dive on the ball putting his body on the line. Hard drives, hard cuts, it gets us all going.”

Ginobili ended the night with 10 points, two rebounds, three assists, and three steals. He did not score in the four previous playoff games with the Grizzlies.

After two lackluster games on the road, the Spurs wanted to get their groove back—and a win—on their home court. Memphis played them tough in the first quarter, but after taking a tie into the second quarter, the Grizzlies ended up being down six at halftime.

San Antonio remained in control in the second half but was unable to put the game out of reach. They led by as many as 17 during the third quarter, but Memphis was able to close the gap to eleven by time the fourth rolled around.

Memphis got within four during the final quarter, but some timely three-pointers by Patty Mills helped keep the game out of reach.

San Antonio will try to record the first and only road win of the series in Game Six Thursday night at 9:30 PM ET on TNT. Should they win, they will face the Houston Rockets in the next round. 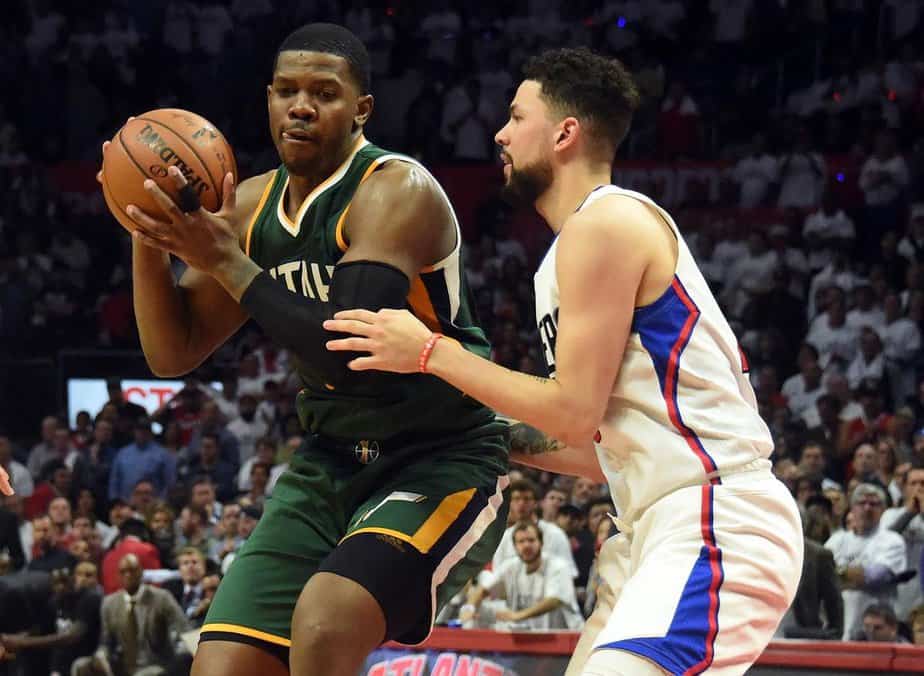 Joe Johnson has been around the block a few times during his 15-year career. He has spent time with the Boston Celtics, Phoenix Suns, Atlanta Hawks, Brooklyn Nets, Miami Heat, and now the Utah Jazz. His best days are behind him, but that doesn’t mean he doesn’t have any really good ones left in the tank.

He didn’t make the game-winning shot this time like he did in Game One. This time he just made a couple of clutch shots late in the fourth quarter to keep the Clippers from completing a comeback. One was a three-pointer that stretched the Jazz lead back to five points, 83-78, with three minutes to play. The other was a 13-foot jump shot that once again stretched the lead back out to five points with 19 seconds to play.

“We are kind of growing up in the moment,” said Johnson after the game. “These guys have never been in this situation. We have to go home with a business mindset and not be overconfident but confident enough. This has to be our Game 7 in Game 6.”

Chris Paul did his best to salvage a win for the Clippers and got the within two, 94-92, with five seconds to play. But George Hill iced the game with a pair of free throws on Utah’s next possession. Paul led the Clippers with 28 points followed by J.J. Reddick’s 26 points. The Clippers only got 16 points off the bench.

Gordon Hayward, still feeling the effects of a case of food poisoning, managed to lead the Jazz with 27 points. Four other players scored in double figures for the Jazz.

Utah can now close the series out with a win at home in Game Six Friday night at 10:30 PM ET on ESPN in front of a home crowd.