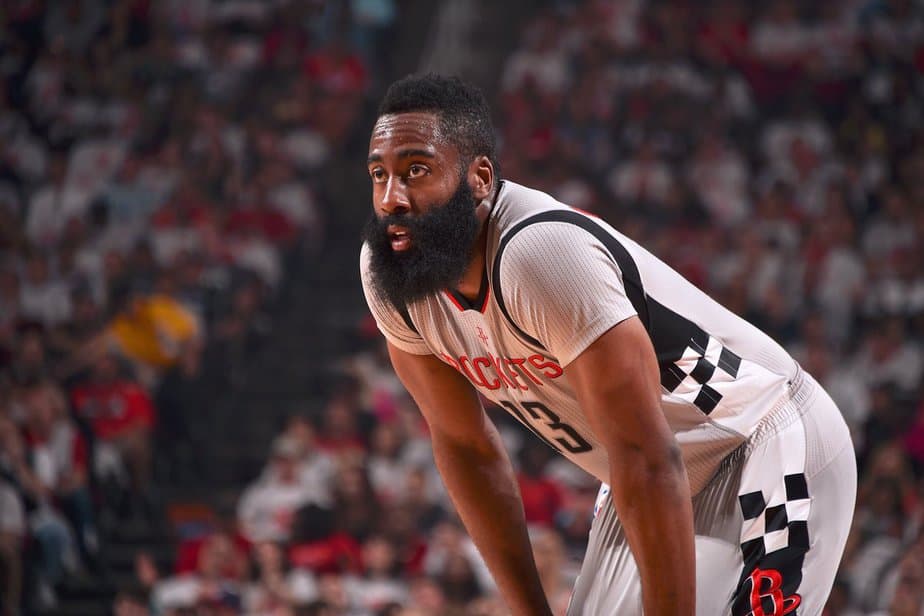 With only one game Saturday night, NBA fans had three for their viewing pleasure on Sunday—and they didn’t suck. Boston and Houston did blow out their opponents, but they were still a lot of fun to watch. Surprisingly, the Raptors gave the Cavaliers a run for their money.

The outcome was still the same, but at least they made it competitive in the second half. 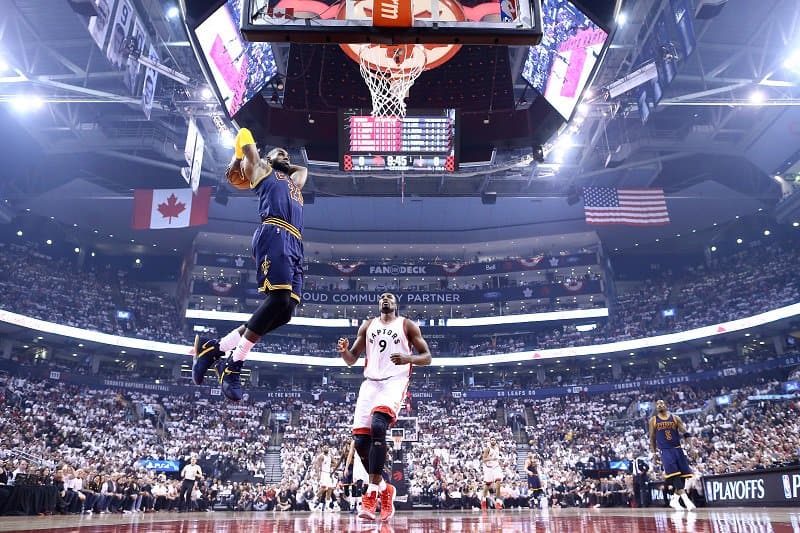 Toronto was hoping to salvage a little pride with a win in Game Four of their Eastern Conference Semifinals series with the Cleveland Cavaliers. Depending on your definition of success, an argument could be made that they did salvage some pride—but only a little bit.

They didn’t win, of course, but for the first time in the series, they made the Cavaliers work in order to win.

The Raptors played the Cavaliers to a tie after the first quarter, 28-28. But they couldn’t keep up in the second quarter and fell behind 61-49 by halftime.

Rather than get blown out in the third quarter and then fight to make the final score look respectable in the fourth, the Raptors started to come alive in the second half. By the time the third quarter ended they were only down by five points, 85-80. After Serge Ibaka completed a three-point play with 6:37 left in the game, Toronto took a 93-92 lead.

But then Kyrie Irving went on an 11-2 run to put the Cavs up for good.

“We needed that spark,” LeBron James said after the game. “We just wanted to try to get defensive stops while he was in the zone and we were able to do that.”

Irving finished the night with 27 points. LeBron James added 35 points, and Kyle Korver chipped in 18. James-led teams have swept a playoff opponent in a best of seven series a record 11-times.

They will have to wait a little while to see who they play in the conference finals. The Boston-Washington series is tied 2-2. 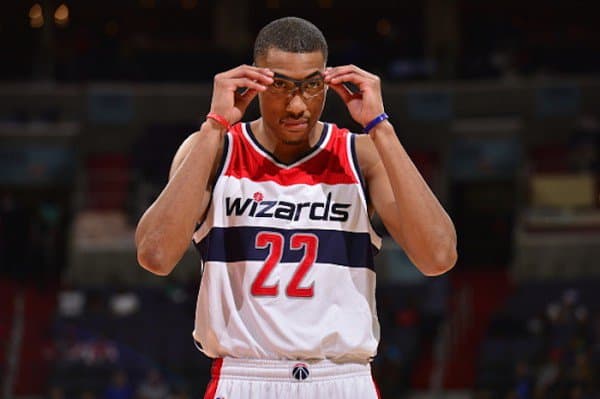 The Boston Celtics are going to go where Isaiah Thomas carries them. Early on in Game Four Sunday evening, it appeared like he was going to carry them to a big win on Washington’s home court. He scored 17 points in the first 15 minutes of the contest.

But then he only scored two the rest of the game.

Boston fans hoped they would see their favorite star heat back up in the second half. But what they ended up seeing was Washington heating up instead. The Wizards, powered by a 26-0 run, outscored the Celtics 42-20 in the third to take control of the game.

The Celtics put up a little more of a fight in the fourth quarter but were unable to make much of dent in the deficit.

“If you turn the ball over against these guys, you’d prefer to drop kick it into the stands so that at least you can set your defense,” Stevens said. “Their attack in transition killed us.”

The Celtics turned the ball over 18 times from which the Wizards scored 34 points.

Bradley Beal led the charge for the Wizards with 29 points followed by John Wall with 27 points and Otto Porter Jr. chipped in 18. Thomas led the Celtics with 19 points but didn’t get much help from anyone else.

“We feel like we’re in control,” Wall said after the game. “We feel like we can win there, we know we can. We’ve just got to do a better job of taking those leads we get and just playing smart basketball down the stretch.”

To remain in control, they will need to win Game Five when the series moves back to Boston for Game Five on Wednesday at 8 PM ET on TNT. 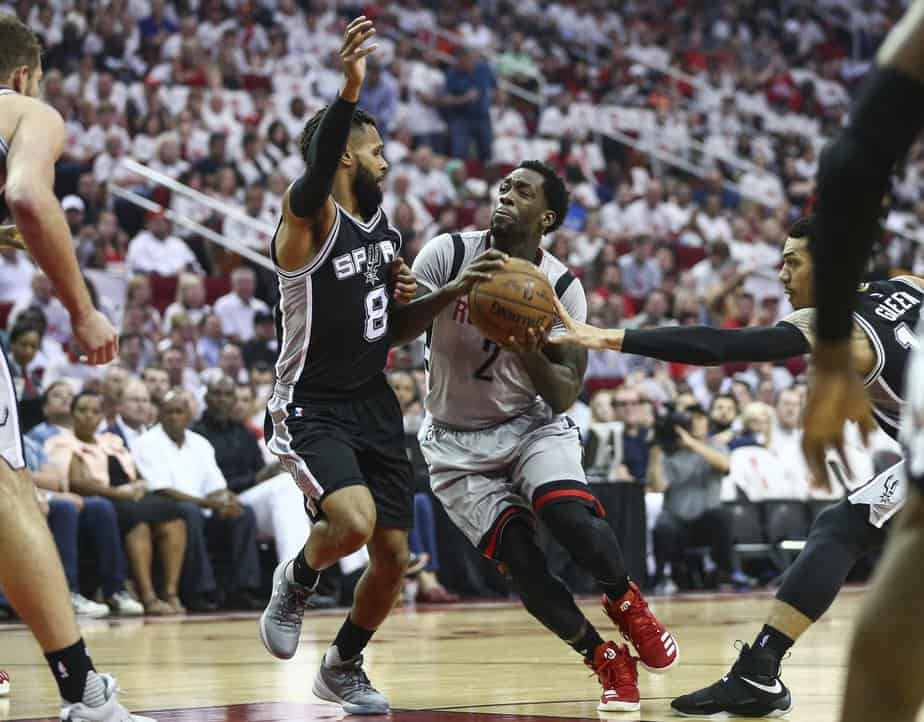 After blowing out the Spurs in Game One, hopes were high for the Houston Rockets. But then the worst that could happen did—they didn’t hit their shots in Games Two and Three so they lost. If they wanted to get back on the right side of the scoreboard before the series went back to San Antonio, they would need to find their shot once again.

After making just 23 three-pointers in the last two games, the Rockets hit 19 of 43 attempts and cruised by the Spurs for an easy win.

“Several guys stepped up tonight,” James Harden said after the game. “Ryan, Lou, Eric, Trevor, Pat, and if we’re going to have a chance at this series, they’re going to have to make plays, and they did tonight.”

Houston got off to a fast start and took a 34-22 lead after the first quarter. They cooled off a bit in the second quarter while the Spurs began to heat up. San Antonio was able to cut into the lead but was still down heading into halftime, 57-53.

The Rockets extended the lead to 15-points after the third quarter but quickly turned it into a 19-point lead after a Trevor Ariza shot made the score 101-82 with ten minutes still left to play. San Antonio managed to pull within 14-points, but couldn’t get any closer.

“For us, our Bible begins with transition defense, and if it’s not there we’re just not ready to go,” Spurs coach Gregg Popovich said after the game. “If you’d seen the clips of our transition D you would have traded all the players and fired me at the end of the game. It was that bad. But they were that intense, they were that focused and professional, and we were not.”

San Antonio will not have to wait long for a shot at redemption. Game Five will be back in San Antonio on Tuesday night at 8 PM ET on TNT.