After a lengthy regular season, it is finally here—the NBA playoffs. Time for every game to matter, for no one to rest, and for a champion to eventually emerge. Will the champion be the best team in the league or will someone get lucky and pull off an upset for the ages? If it were easy to answer that question, fans wouldn’t watch, and they would be much more careful with how they bet.

The first weekend of playoff action got off to a great start with an action-packed Saturday that saw the Indiana Pacers pushing the Cleveland Cavaliers until the end, Milwaukee taking it to Toronto, Memphis getting destroyed by San Antonio, and Utah winning a nail-biter over Los Angeles. Sunday’s action wasn’t half bad either. 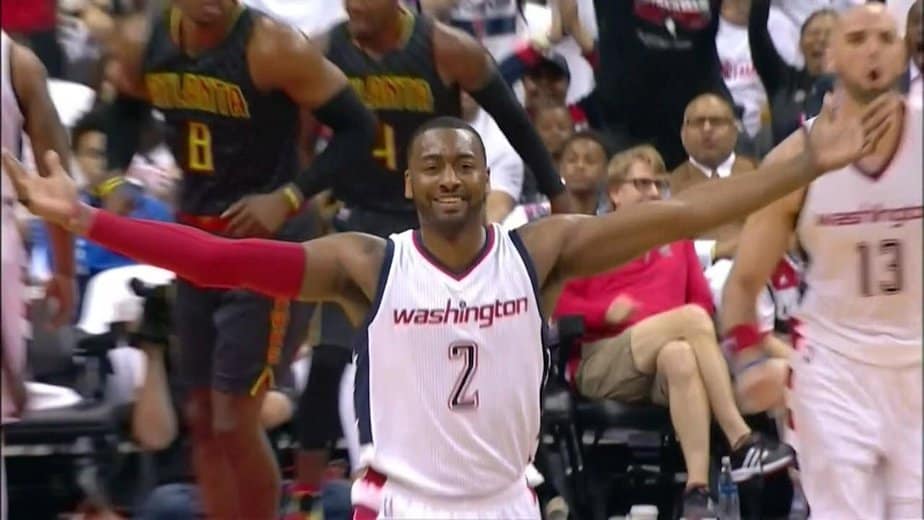 Washington owned the Hawks during the regular season taking three of the four games between the two. But for a moment, it looked like Game One of their playoff series was going to belong to the Hawks. The two teams played a close, hard-fought game through the first two periods that found the Hawks on top 48-45 at the half.

But the story quickly changed in the second half. Markieff Morris tied the game up with a three-pointer to start the half, but the Wizards were not able to take the lead until Otto Porter hit another three-pointer a couple of minutes later to make the score 53-52.

Washington went on to outscore Atlanta by 10-points in the third to take a seven-point lead into the final period. Atlanta couldn’t make a dent in the gap and ended up falling by seven, 114-107.

John Wall led the way for the Wizards with a career playoff-best 32-points. Bradley Beal chipped in 22 points, and Markief Morris added 21 points in his playoff debut. Dennis Schroder led the way for Atlanta with 25 points followed by Paul Milsap’s 19-point night. Dwight Howard chipped in 14 rebounds but only had seven points.

Game Two will be Wednesday night at 7 PM ET on NBATV. 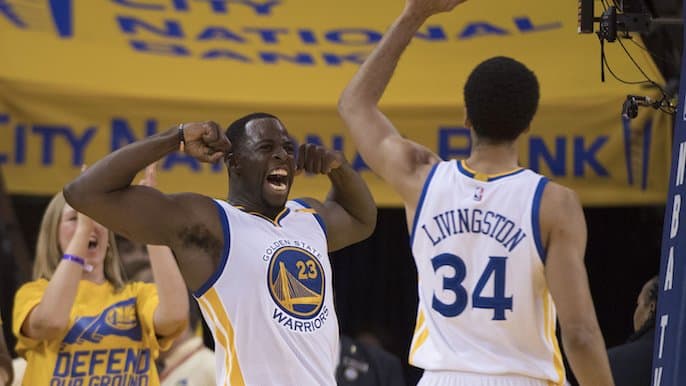 No. 8 seeds are not supposed to give No. 1 seeds much of a scare, but the Portland Trail Blazers certainly took it to the Golden State Warriors Sunday—well, for three-quarters at least. Damian Lillard and C.J. McCollum led the Trail Blazers to a 56-56 tie with the Warriors after one-half of play. The duo combined for 48 of Portland’s 56 points with McCollum leading the way with 27 points (11-15 from the floor).

Klay Thompson and Steph Curry didn’t have much of a first half as they combined for just 20 points. But Kevin Durant and Draymond Green kept them in the game; Durant had 16 points, and seven rebounds and Green flirted with a triple-double (seven points, seven rebounds, and six assists).

The game remained tied after three periods, 88-88, which played right into the hands of the Warriors. In recent weeks, they have had a habit of playing teams close but then pulling away with a dominant effort in the fourth quarter—which is what happened.

A 13-2 run in the opening minutes of the fourth gave the Warriors a 103-90 lead with seven minutes left in the game. Golden State went on to outscore Portland 33-21 in the final period to coast to a 12-point win.

Chicago may have needed to win their regular-season finale to secure a playoff spot, but they didn’t have to wait very long to record their first win of the postseason. They were down by five after the first quarter but managed to take a two-point lead into halftime, 48-46.

After three-quarters, the two teams were tied 74-74. But slowly but surely the Bulls started to pull away in the fourth quarter. When Bobby Portis made a jump shot with 1:18 left in the game, the Bulls took a 101-92 lead. Boston made a valiant push in the final minute but was unable to close the gap.

Jimmy Butler led the way for the Bulls with 30 points and nine rebounds on the night. Five Bulls ended up scoring in double figures including Dwyane Wade (11 points).

No one would have found fault with Isaiah Thomas had he not played following the death of his sister on Saturday. But he did, and while he was clearly overcome by his emotions at times, he still turned in a good night from the floor with 33 points (on an efficient night of shooting; 10-18 from the floor).

Game Two will be Tuesday night at 8 PM ET on TNT. 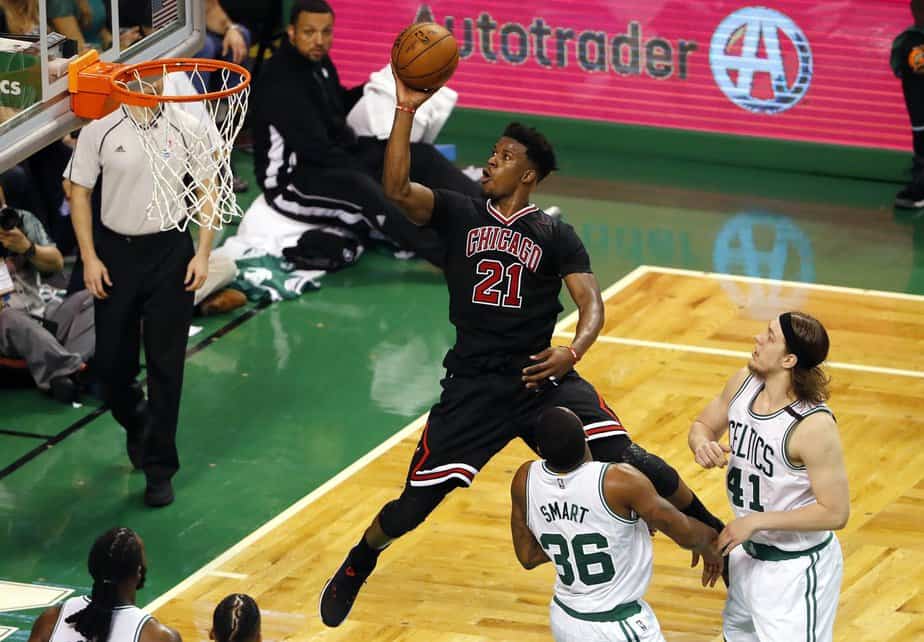 Russell Westbrook may win the MVP this season, but he could not do enough to guide the Thunder to a win against James Harden and the Houston Rockets. But if playoff performance mattered to voters, Harden would have the edge after Sunday night’s game.

Westbrook struggled to find his shot and hit only six of 23 shots on the night. He ended the night with a respectable line (22 points, 11 rebounds, seven assists, nine turnovers). But for the Thunder to win, he needs to match Harden’s production at least if not beat it—but he didn’t come close.

Harden started out having a little trouble with his shot but found enough of it in the second half to finish with 37 points, seven rebounds, and nine assists.

Game Two will be Wednesday night at 8 PM ET on TNT.