NBA Playoffs Recap—Round One: Pacers Give A Valiant Effort And Rockets Move One Step Closer To the Next Round

Sunday’s early NBA action meant something different to each of the team’s involved. For the Cleveland Cavaliers, it was a stepping stone; something that had to be done to get where they want to be. For the Indiana Pacers, it was a shot at earning a little pride (and maybe a chance at making history). Houston could move a step closer to the next round, or Oklahoma City could move a step further out of Kevin Durant’s shadow.

Of course, only one team in each game could get what they want. For the other two teams, they would have to be content with living to fight another day—even if they must wait until next season to see “another day.” 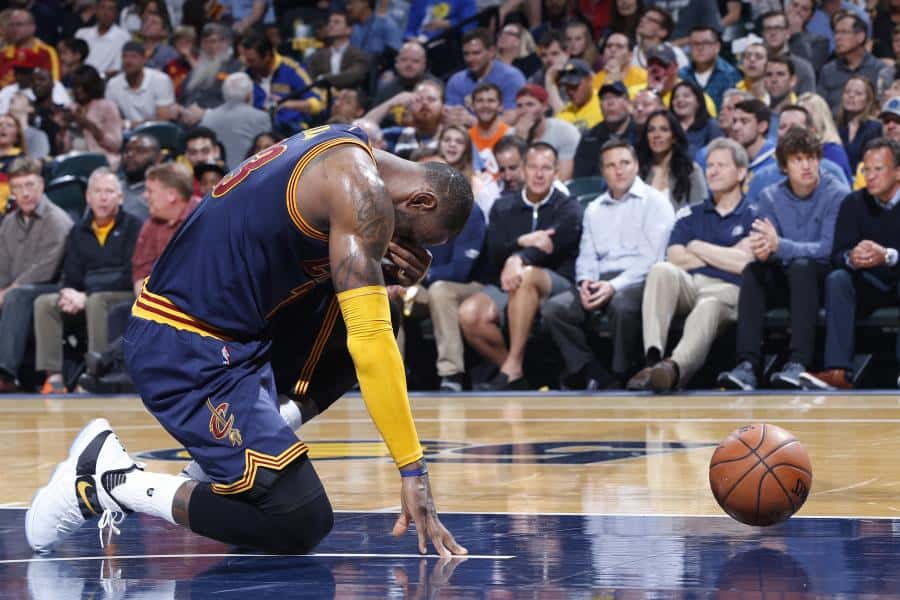 The Indiana Pacers entered Game Four Sunday afternoon knowing that they would have to make history to move on to the next round, but they just had to play a better game that day not to get swept—and they did.

So—then what happened? LeBron James did.

Indiana managed to battle back from a 13-point deficit in the fourth quarter to take a two-point lead, 102-100 with 1:29 left to play. But then James decided he didn’t want to lose. He made a three-pointer on the Cavs next possession to retake the lead. Then stole the ball from Thadeus Young on Indiana’s next possession, and pulled down the rebound after Paul George (he wanted the final shot, so he got it—and missed) missed a late three-pointer, and then hit one of two free throws to ice the game.

With that, the Pacers were swept for the first time in franchise history in a best of seven series.

Lance Stephenson led the way for the Pacers with 22 points followed by Myles Turner’s 20-points. Paul George struggled with his shot throughout the game making just five of 21 attempts for 15 points. James carried the load for the Cavaliers with 33 points and ten rebounds followed by Kyrie Irving with 28, Kevin Love struggled with his shot (2-13) and scored only five points but did pull down 16 rebounds.

There is too much action left in the other series to tell who the Cavaliers will play in the next round. 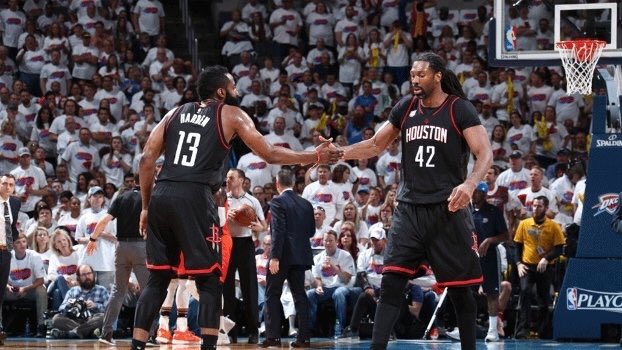 If the people that vote for the regular season MVP wanted a reason not to give the award to Russell Westbrook, they are getting it with how the first-round series is playing out between the Thunder and Rockets. The postseason play doesn’t matter when it comes to MVP, but the games are showing just how valuable Westbrook’s triple doubles are.

They aren’t valuable at all. For the third game in a row, Westbrook recorded a triple-double (35 points, 14 rebounds, 14 assists). But the Thunder have lost two of those three games.

The obvious argument is that it isn’t his fault. The team tends to lose the lead in the second half when he’s on the bench—which is exactly what happened Sunday. This time it happened late in the third and early in the fourth. Houston went on a 13-4 run and turned a 75-68 deficit into an 81-79 lead.

James Harden struggled throughout the game with his shot (5-16) and shared with the media afterward that he was dealing with an ankle injury that occurred in Game Three. With Harden unable to lead the charge, the team found a new hero—veteran center Nene Hilario.

The 14-year veteran averaged nine points and four rebounds a game during the season. He did not record a single double-double the entire season. In fact, his last one came during the 2015-16 season when he was still with the Wizards (against Atlanta (11/7); ten points, ten rebounds). Against the Thunder, he did not miss a shot (12-12), scored 28 points, and pulled down ten rebounds. 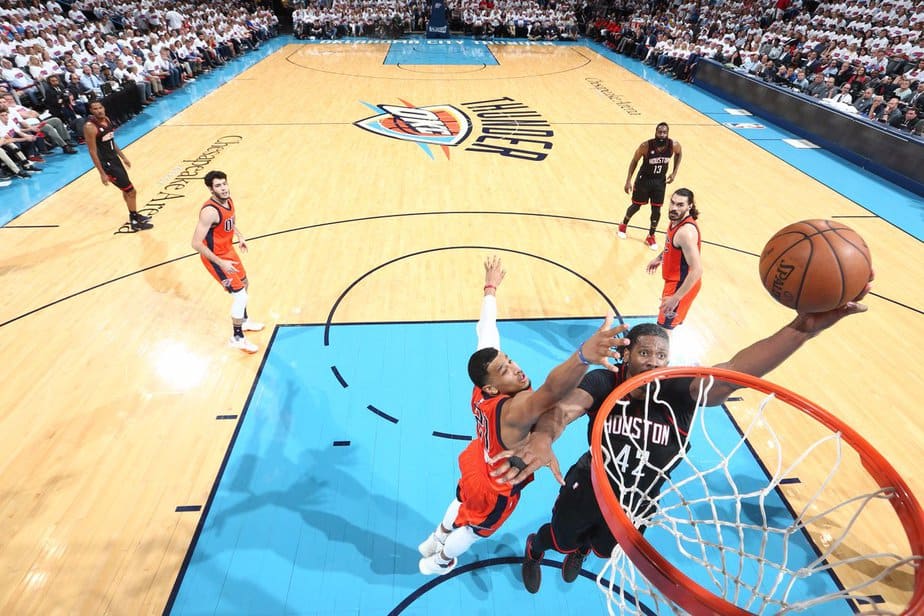 Westbrook provided fans with some fireworks after the game when a member of the media tried to ask Steven Adams why the Thunder tend to lose leads when Westbrook sits. Before Adams could respond, Westbrook did:

They’ll have to play a better team game if they don’t want to be eliminated in Game Five when the series returns to Houston Tuesday at 8 PM ET on TNT.