There comes a time in every playoff series when it becomes apparent who the better teams are. The truly dominant ones will win the first four games and sweep their opponents. Some teams may take a few games to get their act together—but when they do, it is something else. As much as we’d like to think the higher seeded teams are, the better ones, that is not always the case.

After Monday night’s action, a few things became crystal clear. Golden State is who we thought they were. Milwaukee is good but is not quite ready to take center stage. The Wizards are going to have their work cut out for them if they are going to take down the Hawks. 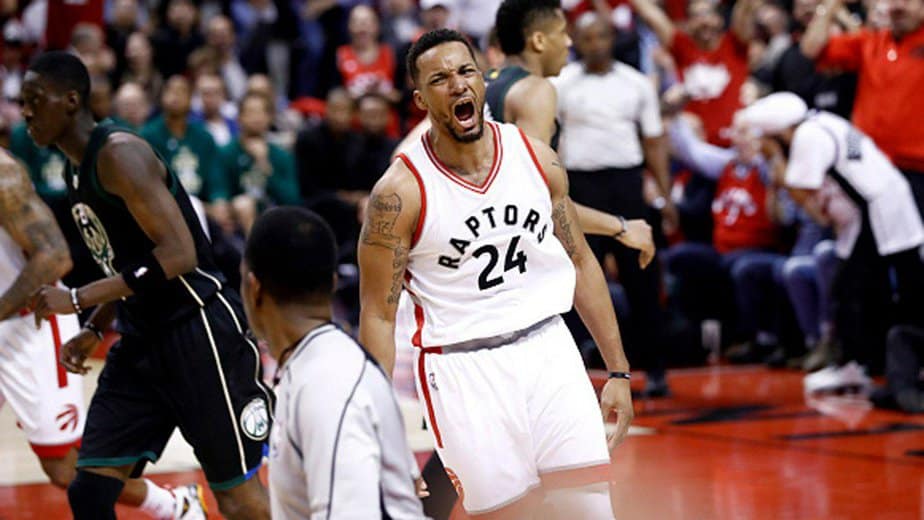 After putting forth a terrible effort in Game Four, the Bucks found themselves in need of a win in Toronto if they wanted to regain control of the series and possibly win it at home in Game Six.  The effort they did put forth in Game Five was better. But it was nothing compared to the show the Raptors put on for the home crowd.

As a team, Toronto shot 57.7 percent from the field—a new franchise record for a playoff game. The starting five put on a show for the fans by scoring 90 of the team’s 118 points (averaged 65 points a game in the first four). To make the effort even better, the entire starting lineup scored in double figures but was not led by one of the star players.

No, it was a former second-round pick of the Bucks, Norman Powell, that led the way with 25 points. Head coach Dwane Casey referred to him as “a spark plug” after the game.

“In this series, he’s been the X-factor,” Casey said.

Toronto made a strong opening statement by getting out to a 31-20 lead after the first quarter. Milwaukee was able to cut the deficit to nine heading into halftime thanks to a perfect, 13-point quarter by Giannis Antetokounmpo (he was 6-6 from the floor).

But in the end, the exploits of the Greek Freak were not enough. Antetokounmpo recorded a career playoff-high of 30 points. Malcolm Brogdon turned in his best game of the series with 19 points. But Khris Middleton turned in his worse with only eight.

Game Six will be back in Milwaukee Thursday night. Toronto leads the series, 3-2. 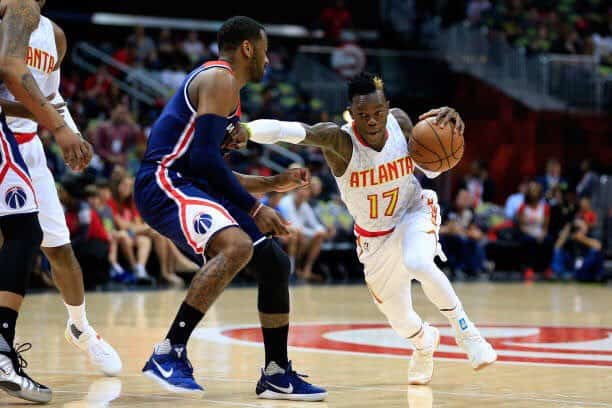 The series looked like it was going to be a relatively easy one for the Washington Wizards after Games One and Two. But as the series moves back to the nation’s capital for Game Five that is certainly not the case after the Hawks took the win in what was a seesaw battle in Game Four Monday night.

Bradley Beal bounced back from a poor outing in Game Three to score 32 points for the Wizards, and John Wall chipped in 22 points and ten assists. But the Wizards’ dynamic duo didn’t get near enough help from their supporting cast to overcome the night Atlanta had.

The Hawks had an incredibly balanced attack with seven players scoring in double figures, including all five starters. Paul Milsap led the way with 19 points, nine rebounds, and seven assists followed by Dennis Schroder with 18 points. Dwight Howard had his first good night of the series with a double-double by halftime. He ended the night with 16 points and 15 rebounds.

Washington, who was not a good road team during the regular season (19-22), appeared determined to get a win on the road when the game started. They got off to a strong start and took a 35-28 lead into the second quarter—where everything fell apart. The Hawks rallied from their slow start to outscore the Wizards 31-15 in the second and take a 59-50 lead into halftime.

But the Wizards were determined not to quietly into the night and tied the game up heading into the final quarter, 77-77. However, when they needed to finish strong to take home the win, they couldn’t. Atlanta took over the game in the fourth quarter and went on to win by ten, 111-101, and tie the series at two games each.

Game Five will be on Wednesday in DC at 6 PM ET on TNT. 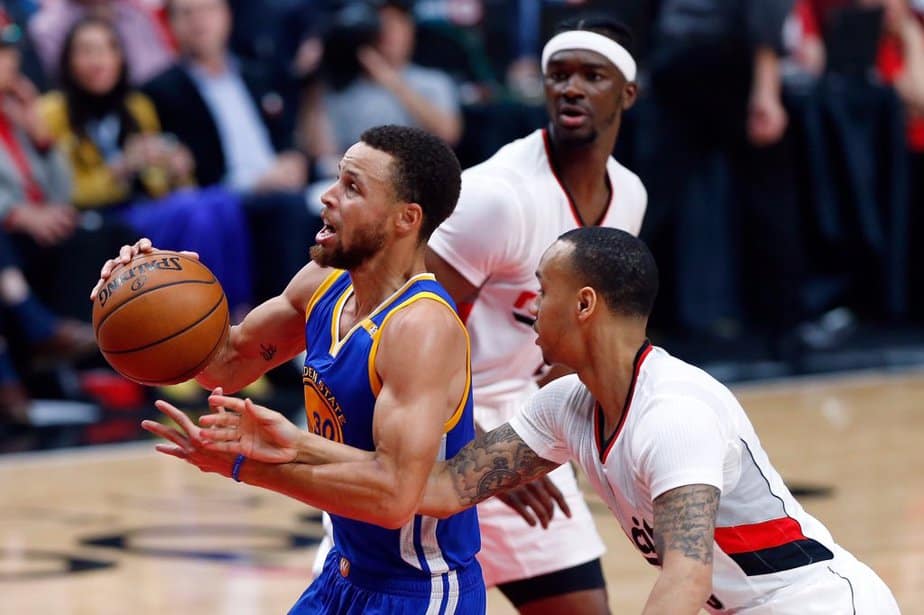 Was anyone surprised by this outcome? Yes, Damian Lillard talked a good game before the series began, but let’s be real. Did anyone believe the outcome of a series between the team with the best record in the NBA and one with a .500 record would be anything other than a sweep?

If the Trail Blazers were going to have any chance at all, they had to get off to a strong start—but they did the exact opposite. Portland made just 4 of their first 17 shots and watched the Warriors get off to an incredible start while making 12 of their first 14 shots.

Golden State had scored 14 before Portland was able to get on the board with an Evan Turner three-pointer. With 4:11 left in the first, the Warriors held a 35-9 advantage but had to be satisfied with a 45-22 advantage after the first quarter (tying a playoff record).

“That was unbelievable. Our guys were locked in on both ends of the floor. I wish I could say this one thing or that one thing was really good but everything we tried to do, we tried to do it on a high level,” acting head coach Mike Brown said. “It was fun to watch. Fun to be a part of.”

Steve Kerr was still out with an illness but Kevin Durant made his return to action. Although, it may have been smarter to let him rest. The team certainly didn’t need him with Steph Curry firing lasers from beyond the arc (7-11 from three-point range; 37 points, seven rebounds, eight assists).

All five starters scored in double figures for the Warriors led by Curry’s 37 followed by Draymond Green with 21 and Klay Thompson with 18 points. Damian Lillard led the Trail Blazers with 34 points. C.J. McCollum had zero at halftime (0-7 from the floor) and finished the game with just six.

Golden State will take on either the Clippers or Jazz in the conference semifinals unless the Grizzlies can upset the San Antonio Spurs.