The Indiana Pacers have been one of those teams all season that was full of promise and potential—but they were missing something. They were good enough to remain in the playoff picture, but if they were going to make it in and have a shot at making some noise they needed—well, they needed a spark.

Enter former Indiana Pacers forward Lance Stephenson. While his stats have not been mind-blowing by any stretch of the imagination since he rejoined the team, he has been an integral part of the late season surge. Just like before, his style of play gives the team an edge. 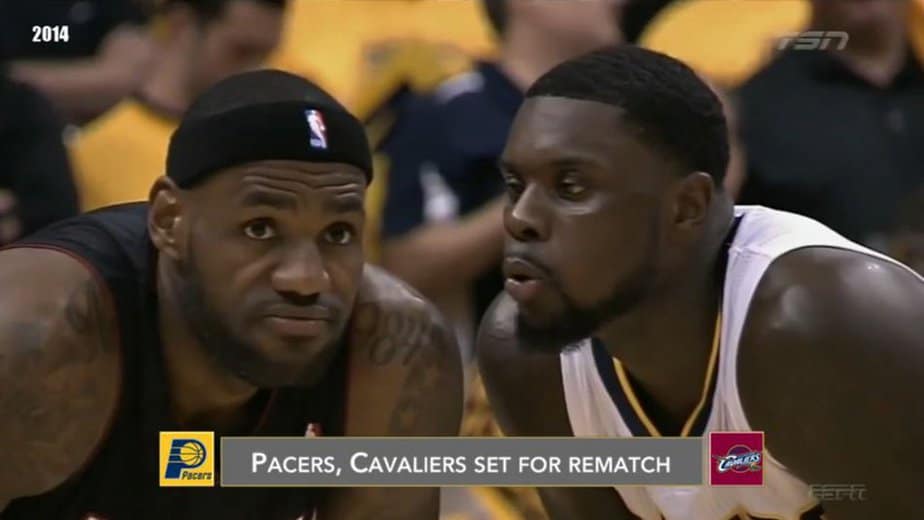 Over the course of the final stretch of the regular season, that edge translated into a little extra fire in the rest of the team. Indiana not only won enough to make it into the playoffs—they won enough to be the No.7 seed.

However, while that may seem like a big deal, it isn’t. It’s always better not to have to face the No. 1 seed. No. 8 seeds have only managed to beat the No. 1 seed five times in NBA history. So, the odds would certainly have been against the Pacers if they would have faced the Celtics.

There isn’t much hope for 7-seeds facing 2-seeds either, but the odds are a little bit better—except for one thing.

The Pacers are facing LeBron James. Teams that LeBron has been on have won their last 17 first round playoff games. When he is on the court in the first round, he doesn’t lose. Is it him bringing out the best in everyone else while also playing well himself? Or is it him taking over the game against a lesser opponent because he can?

Cavaliers fans will point to LeBron’s playoff history and say that’s all the proof they need that their team will be fine. Pacers fans and the LeBron-haters of the world will be looking at the last month or so for Cleveland—which hasn’t been good. The defense has been atrocious, the offense has been inconsistent, and the team ended up losing 14 of 24 games after the All-Star break.

It hasn’t mattered if LeBron had a great game. They’ve won and lost when that has occurred. The same can be said for Kyrie Irving. The Cavaliers are lacking consistency and focus and seem to be operating on the notion that it will be there when the postseason starts. 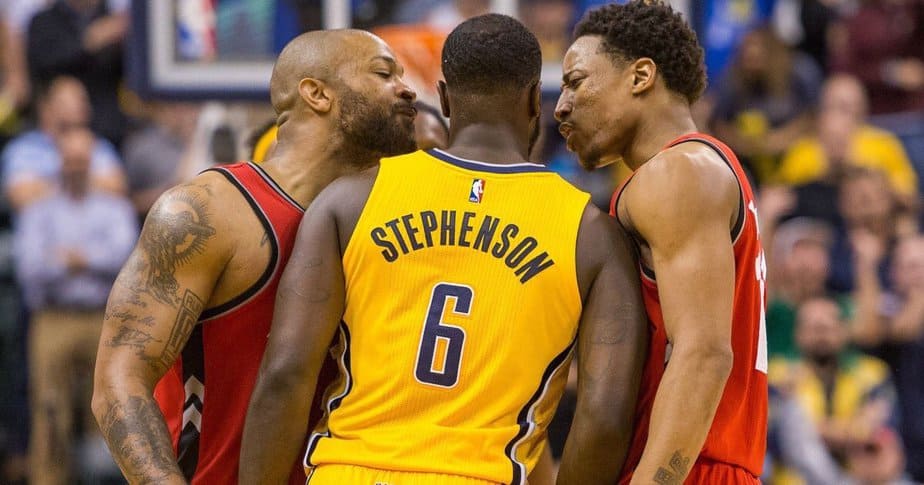 Paul George will be playing well. For the Pacers to have a chance to pull off the upset, they will need their superstar to bring his “A+” game each and every night. He did the last time the two teams met (43 points, nine rebounds, and nine assists), but it wasn’t enough (Pacers lost in double OT, 135-130).

Even with the Cavaliers playing lackluster basketball for the last month and losing their last four, it is hard to picture the Pacers pulling off the upset. Lance Stephenson will help make the series more entertaining (you know he is going to have to blow in LeBron’s ear again), and Paul George will keep the games interesting.

But the Cavaliers will probably sweep the Pacers. Game One is Saturday afternoon at 3 PM ET on ABC.