Can anybody stop the BAMA train???

It really seems like an impossible task to stop Alabama Crimson Tide (6-0) as they are simply destroying their opponents by an average of 29 points in their first 6 games. After yet another impressive performance, Alabama travels to Knoxville in order to face yet another great team, the Tennessee Volunteers (5-1).

Alabama is 6-0 so far in the season. The main reason for such a convincing record and dominant play on the field is the fact that BAMAs offensive line has been incredible. Averaging an impressive 44.8 points per contest, Alabama holds the 6th spot in the FBS in scoring. 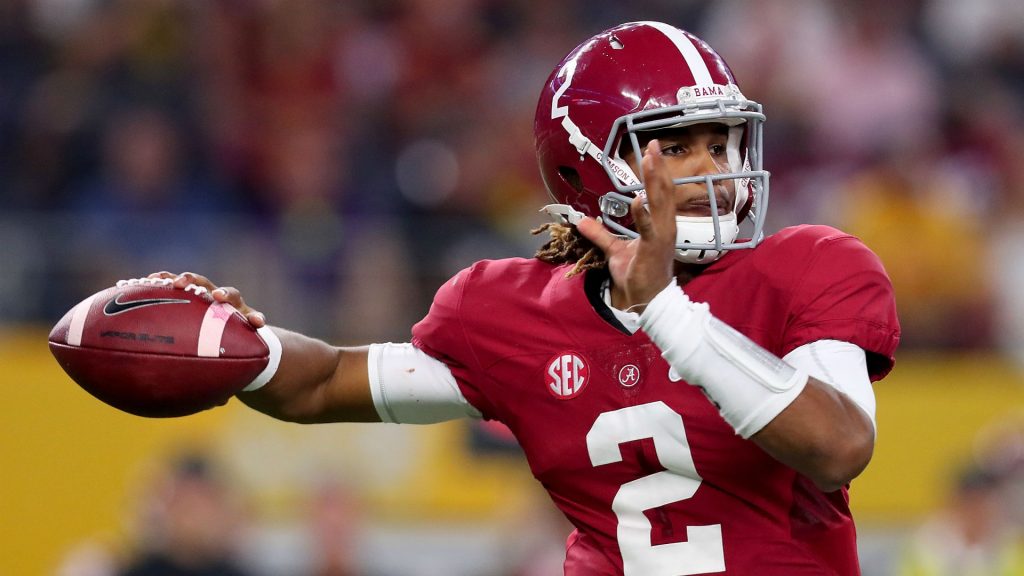 Last Week, Alabama took down the Arkansas Razorbacks with 49-30. Jalen Hurts once again was the key to success, throwing only 17 times and completing on 13 of the passes for 253 yards and 2 TDs. The freshman has continued to impress, displaying a great combo of experience, superb talent and extraordinary vision, which indicates that he might be the REAL DEAL!!! The ground game will be crucial in the Saturday’s matchup against the Vols. If Bama manages to repeat their ground game from their game against Arkansas last week, when they rushed for 264 yards, then they should not have problems of keeping the advantage on their side.

On the defense, Minkah Fitzpatrick is dominating, intercepting 3 passes and taking one all the way to the TD zone against the Razorbacks. Alongside Fitzpatrick, Ryan Anderson, Tim Williams and Jonathan Allen are creating one of the nation’s toughest defensive lines. Currently, Alabama is ranked 12th in total defense, as they are allowing only 292.5 yards and 15.8 points per game. 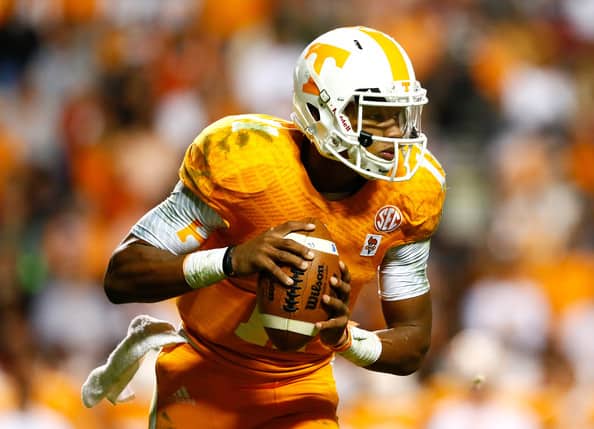 Despite his great play, the senior, Joshua Dobbs, was unable to prevent his teams first loss against Texas A&M

The Tennessee Volunteers are hoping to bounce back at home after suffering a shocking double overtime loss to the Texas A&M (45-38). The Vols have paid a huge price due to their first half sloppy play. Their sloppy game led them to fumble the ball 6 times. At one point the Vols were down with 21 points, but Joshua Dobbs made sure to put his team back in a situation to win. However, even the 398 yards from Dobbs, were not enough to defeat Texas A&M.

The Vols defense allowed a total of 353 yards on the ground, which is absolutely unacceptable for a team that was 5-0 prior to the Texas A&M game. There is no doubt that in front of their home crowd, Dobbs, Kamara, Hurd and the entire Volunteers squad will be fired up and hope to surprise the visitors, but considering how banged up this Vols team is, it will be a tough task to complete. 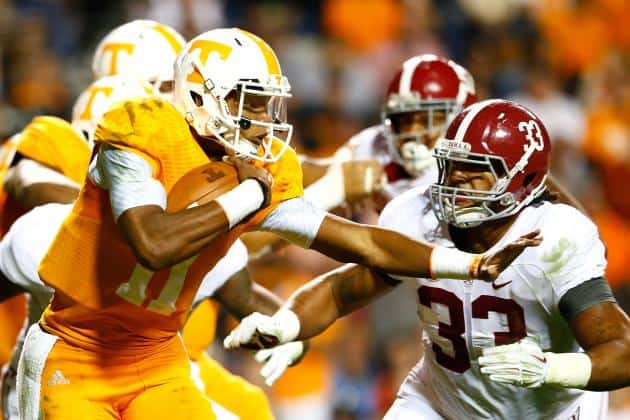 PREDICTIONS:
The Saturdays match between the Crimson Tide and the Volunteers represents one of the oldest rivalries in the South. However, Volunteers are entering the match after a heart-breaking double overtime loss, and it will be questionable if they have had the time to heal and relax their body. On the other side Alabama has been too dominant against its opponents and will certainly look to continue that momentum even on Saturday against the Volunteers. Although the Vols are hoping that they could use their home crowds energy and be the first team that will spoil BAMAs perfect record, our prediction is that Alabama’s talent will simply prevail in the end and that they will walk away with their 7th victory of the season.

The most elite sports handicapping website, www.sportsinformationtraders.com has the Alabama Crimson Tide listed at -11.5 favorite going into the Saturdays matchup.

In addition, look for the total points count to go OVER the 58 point line.