From this distance, I can already hear the roar of the Tigers fans, who are highly anticipating to see their Tigers back in action once again, after a bye week!!! 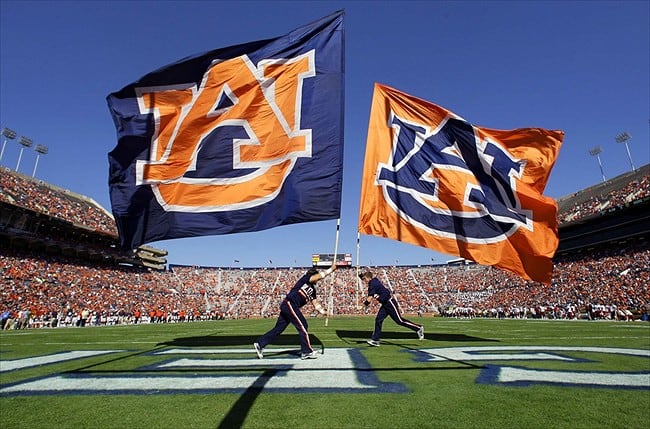 Jordan-Hare Stadium will be on fire on Saturday when the Auburn Tigers host the Arkansas Razorbacks!!!

Both of the teams hope to win this one as it can determine the future path of the rest of their season, especially in the SEC. However, taking all things in account, it seems like this game is a bit more important for Auburn, especially considering that it could keep their hopes alive for establishing themselves as a real threat once again this season. So, without a further ado, let’s take a look at some of the key facts that could determine the outcome of this match. 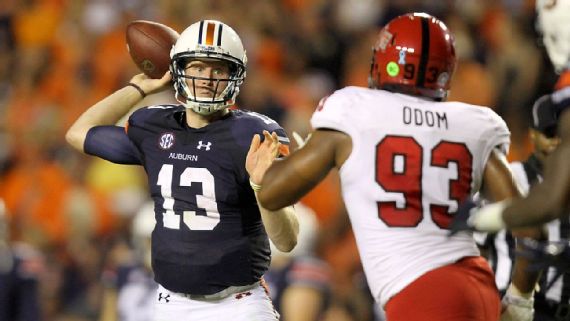 Sean White will have to show up big time on Saturday and lead his team pass the Razorbacks!!!

The crowd at the Jordan-Hare Stadium is looking for a great college football match as both teams will come out and score a lot of points. The offensive lines on both teams seem to be the stronger weapon, as opposed to their defenses, which means that the game will be decided on many points. The over/under line is set to 55.5, according to the leading online handicapping service Sports Information Traders, which is a great source for an accurate score prediction.

Furthermore, although the Razorbacks season stats indicate that they still could become a threat in the SEC, despite the 2 losses, we just dont see them taking away a win from the Auburn Tigers in such a franatic atmosphere at the Jordan-Hare Stadium, especially if Sean White opens up the running game with his accurate passes.

The Auburn Tiger are a -7.5 favorite to win this match and we most certainly agree with the offered line, despite the fact that the Razorbacks could hold onto the very last minutes of the game.