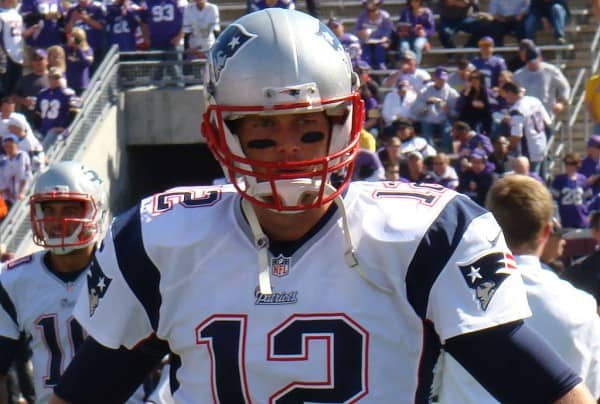 The 2016 NFL season’s first four weeks are in the books, which means it’s time to look at Week 5’s picks against the spread. Early Sunday afternoon, we have an surprisingly interesting matchup between the New England Patriots and Cleveland Browns. Who has the best odds in this one?

So, why is a matchup between the Patriots and Browns so interesting?

Brady is set to make his return, and it couldn’t come at a better time for a quarterback-ailing Patriots squad. After getting three wins to start the season between Jimmy Garoppolo and Jacoby Brissett, both signal callers fell victim to injury, and it showed against the Buffalo Bills in a 16-0 defeat. It was the first time the Patriots have been shutout at home since 1993, seven years before Bill Belichick took over as the head coach. It seems like they just sort of ate that one with no options at quarterback.

But Brady is back, of course, and that will be one of the biggest headlines all week. Obviously, despite that 16-0 beatdown last week, the Patriots are 10-point road favorites, and rightfully so. Up until that Bills game, the Patriots looked great even without Brady. They beat the Arizona Cardinals in Week 1, took out the Miami Dolphins in Week 2 and absolutely stomped the Houston Texans in Week 3. Now, they have their future Hall-of-Fame quarterback back under center, which means great things for Rob Gronkowski, Julian Edelman and likely Martellus Bennett (you’re welcome, fantasy football owners).

But what about the Browns? Ten points is an awfully large spread to cover, and even just a couple of lucky plays could keep them in it.

Despite being 0-4, Cleveland has only lost two of those games by double-digits, and young Cody Kessler hasn’t necessarily looked bad by any means in the absence of Robert Griffin III and Josh McCown. The USC product has completed over 67 percent of his passes for 467 yards, one touchdown and one interception. At the same time, the running game has been excellent, with Isaiah Crowell and Duke Johnson Jr. both averaging over six yards per carry. Don’t forget Terrelle Pryor, as well. The man has been a huge factor so far this season, and is really excelling at his new receiver role.

But the defense hasn’t been too good this year. They’ve given up at least 25 in every game, and 30 or more twice. Against the Patriots, and especially a motivated Tom Brady, that’s not going to cut it.

Bets to Make: lay the points in this one. When Brady came in last year, determined to prove his haters wrong, he ran up the score on everyone. They scored 28 or more in seven-straight games, and won all of them. Once again, Brady has something to fuel him, and it won’t be pretty in Cleveland on Sunday. Might as well take the over in this one also.