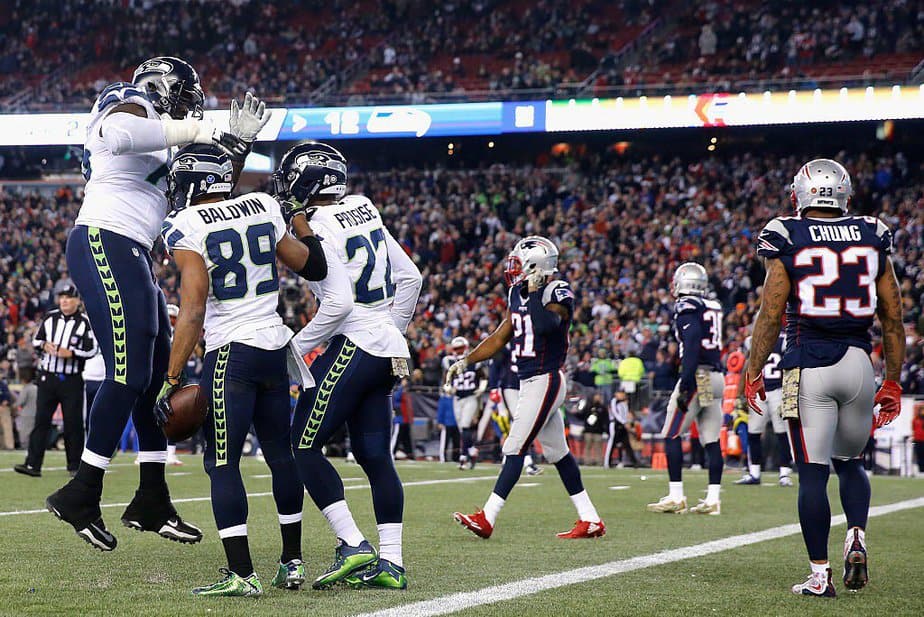 If you believe in karma, poetic justice, fate, deja vu, and any of that other metaphysical stuff, then you must have loved how Sunday night’s game between the Seattle Seahawks and New England Patriots played out. The last time the two played each other was almost two years ago in Super Bowl XLIX—which the Patriots won 28-24.

In that game, the Seahawks had a chance to win, but on second and goal from the New England one-yard line with 26 seconds left, they opted to run a pass play. Why they didn’t hand the ball to their beast of a running back—Marshawn Lynch—no one will ever truly know. 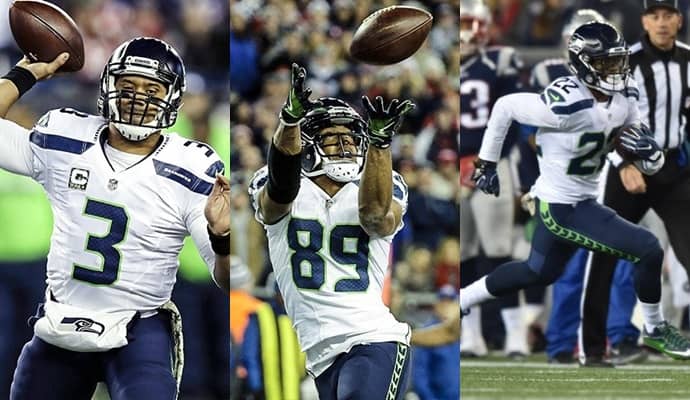 But they didn’t, Malcolm Butler intercepted the pass on the goal line, and the Patriots won.

Sunday night saw the two teams take the field again and treat fans to another fantastic game. Tom Brady had his fourth 300+ yard game (out of the five that he’s played), but failed to record a touchdown pass for the first time this season. He didn’t need to with LeGarrette Blount bashing through the Seahawks front seven for three touchdowns.

Russell Wilson still isn’t running much but didn’t need to. The Seahawks gave rookie C.J. Prosise a shot at the running back job with Christine Michael hobbled and Thomas Rawls still hurt, and he didn’t disappoint. The former wide receiver turned running back during his time at Notre Dame ran 17 times for 66 yards and led the team in receiving with seven catches for 87 yards.

“You can see he’s a playmaker, and he loves to play football, and he’s aggressive and physical, and we need that,” wide receiver Doug Baldwin said. “He lights up the sideline when he does the things that he does.”

After spending the first half of the season hobbled by injuries, Wilson appeared to be more mobile than he had in previous weeks. He still didn’t run much, but he was able to escape pressure and connect with his receivers (25-37 for 348 yards and three touchdowns)—especially Doug Baldwin.

He and Baldwin connected six times for 59 yards, but three of his receptions were for touchdowns, including the go-ahead score that was set up by a Julian Edelman fumble recovered by Richard Sherman.

Baldwin’s final touchdown helped the Patriots and Seahawks make history. Along with the Steelers-Cowboys game earlier in the day, there had never been two games on the same day that had seven lead changes. 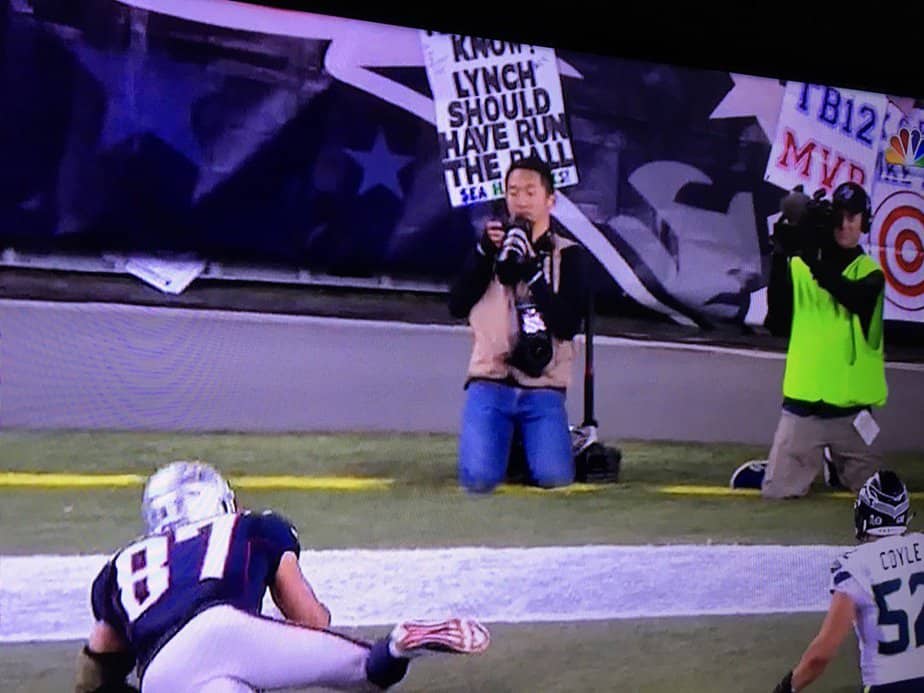 But with 4:24 left on the clock, the Patriots had plenty of time to mount a comeback of their own, but unlike the Steelers and Cowboys, they had no intention of leaving time on the clock for Seattle to score.

“We were definitely trying to score, but I’d say managing the clock was part of it,” coach Bill Belichick said.

They got to the two-yard line with 43 seconds to go and decided to get cute. Brady made one half-hearted run just so the Seahawks would have to use their final timeout. Then they tried to run LeGarrette Blount in for the score from one-yard out (but failed). Tom Brady fumbled on the next down leaving the Patriots with a fourth and goal from the one with seconds to go and the game on the line.

Not too unlike Super Bowl XLIX, but with the Patriots looking to score. Rather than risk failing with another run, they—much like the Seahawks during the Super Bowl—put the ball in the hands of their superstar quarterback.

Seattle will try to keep the good times rolling when the Philadelphia Eagles come to town next week. New England shouldn’t have much trouble when they travel to the West Coast for a game against the San Francisco 49ers.