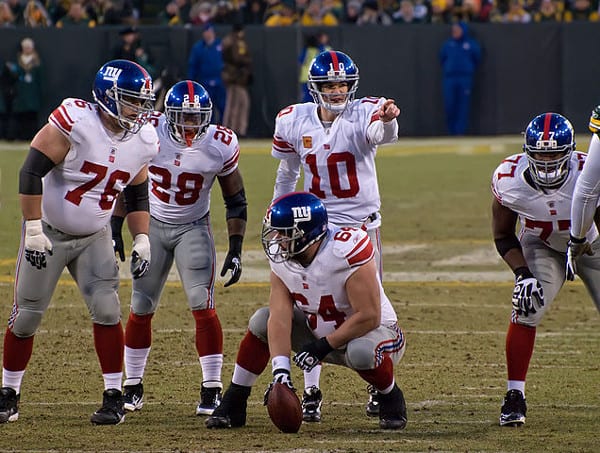 The 2016 NFL season’s opening week is in the books, which means it’s time to look at Week 2’s picks against the spread. Early on Sunday afternoon, we have a potential barnburner between two teams: the New Orleans Saints and New York Giants. Who has the best odds in this one?

If you love scoring, this is undoubtedly the game for you. Who could forget last year’s exciting 52-49 finish between these two squads?

Everyone who loves offense should be thrilled that they’re scheduled for another game this season.

Drew Brees tied the NFL record of seven touchdown passes while Eli Manning finished just shy of the mark with six. It was simply unreal, and literally zero defense was played.

In fact, it may have been this game that motivated the Giants to make such drastic personnel changes this past offseason. Janoris Jenkins, Damon Harrison, Olivier Vernon and Eli Apple were all brought in and have major roles on this defense. Will that be enough to slow Brees and the Saints, though?

New Orleans had an unbelievable collapse in Week 1, losing on a two-point conversion by the Oakland Raiders. That said, the Saints still scored 34 points, and Brees looked in midseason form tossing four touchdowns and over 400 yards. Given that reality, it was shocking the Raiders were able to outscore them. But that’s the state of the Saints’ defense: rather pitiful. Unlike the Giants, the Saints only added a couple of guys in first-round pick Sheldon Rankins and veteran linebacker James Laurinaitis; those two may help, but considering their absolute lack of corners and average pass rush, it’s going to be a long afternoon for that defense once again.

Not surprisingly, this game should come be a full-blown shootout once again. It’s actually shocking that the line was set at just 52.5 for the over-under.

The Giants are 5.5-point favorites, and that makes sense. They improved the most this offseason, and are also at home after losing by three a year ago to the Saints. To add to that point, New Orleans’ offense is typically much better at home in the comfort of the Superdome. Playing on the road hasn’t been a strong suit of theirs ever since the defense declined into what it’s been the past few years.

Bets to Make: everything seems to be pointing the Giants’ way in this one, so lay the points. Adding two high-ceiling corners in Jenkins and Apple will help greatly in matching up with the Saints’ weapons. As well, the presence of Harrison and Vernon on the line is going to force Brees to make some quicker decisions. It’s not a crazy idea that they could hold the Saints to well under 52 points this time around, even if it’s still around 30. As for the over-under, take the over. It’s going to be a high-scoring game, and 26-27 points per team is just too low.