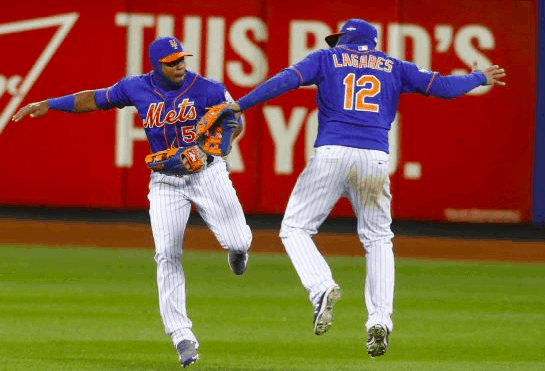 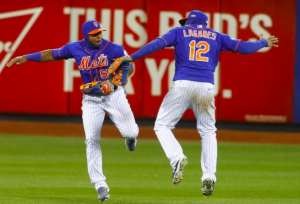 Heading into the 2017 season, the New York Mets are trying to accomplish something they never done before in their history: reach the postseason in three consecutive years. One year after riding their young pitching staff to the World Series, the Mets were a wild card team in 2016 amidst a slew of injuries. Can New York keep its pitchers healthy in 2017 and will that be enough to get the Mets back to the World Series?

On paper, the Mets have one of the best rotations in baseball when everyone is healthy. New York’s rotation had the third lowest ERA in the National League last season, and that was with Matt Harvey struggling through 17 starts before undergoing season-ending surgery, in addition to both Jacob deGrom and Steven Matz being held back by injury, making just 24 and 22 starts, respectively.

The Mets will have a Cy Young candidate in Noah Syndergaard leading their rotation this season, and if all of their health problems are behind them, the trio of Harvey, deGrom, and Matz are all capable of pitching at a high level, potentially giving the Mets four legitimate aces. The hope is that Zack Wheeler will finally be healthy enough to round out the rotation after missing two seasons because of Tommy John surgery. However, both Robert Gsellman and Seth Lugo finished last season strong and have been great this spring, giving the Mets rotation depth just in case they need it.

The Mets had one of the better bullpens in the National League last season, and that unit remains largely in tact in 2017. Despite some ups and downs, Jeurys Familia saved 51 games last year, while Addison Reed was one of the best 8th inning setup men in baseball, posting a 1.97 ERA. That duo could once again make the Mets close to automatic when holding a late-inning lead.

Helping form the bridge to Familia and Reed will be Jerry Blevins, Hansel Robles, and Fernando Salas, all three of whom had strong seasons in 2016. The Mets could also look to use Gsellman or Lugo, possibly Wheeler, in relief roles, giving the Mets plenty of depth in their bullpen.

Offensively, the Mets struggled to score runs last season despite hitting the fifth most home runs in the majors. The personnel in New York’s lineup hasn’t changed that much, although the Mets are hoping for better health than they had last season. Aside from losing David Wright, who remains an injury question mark, Lucas Duda missed nearly four months, Travis d’Arnaud struggled to stay healthy yet again, and Neil Walker missed the final month of the season. Keeping those players healthy could make a meaningful difference in 2017.

Meanwhile, the home run power the Mets showed last year is still there. Yoenis Cespedes and Curtis Granderson figure to provide pop in the heart of the order after both eclipsed 30 home runs last season. Jay Bruce will provide another power threat despite struggling during his time with the Mets late last season. Michael Conforto will be an x-factor, as the Mets are still high on him but aren’t sure how to get his bat in the lineup in an outfield that includes Cespedes, Granderson, and Bruce.

The Mets are hoping to have a couple of table setters at the top of the order in Jose Reyes and Asdrubal Cabrera to complement those power hitters. Reyes is filling in for Wright at third base but should see time at other positions, while Cabrera is coming off the best season of his career and appeared to find a home in the two-hole late last year.

Much like their rotation, if the Mets can keep their lineup healthy, they have a chance to stand out. A lineup that includes Cespedes, Granderson, Bruce, Walker, and Duda could produce some great power numbers, especially if Reyes and Cabrera are productive at the top. If the Mets get anything out of Wright or d’Arnaud it’ll be considered a bonus, while the presence of Conforto and Wilmer Flores helps give the Mets the depth to withstand injuries better than they did last season.

If the Mets can stay healthy, they figure to be contenders in the National League this season. New York had one of the better pitching staffs in baseball last year even amidst injuries, and a healthy staff could be among the best in the game. Meanwhile, a lineup that can stay healthy should be able to provide enough run support to complement a dominant staff.

Look for the Mets to finish 92-70 this season, a five-win improvement from last season. The starters who were hurt last season appear poised to bounce back in 2017, once again carrying them to an NL East title and making them a tough out in the postseason.