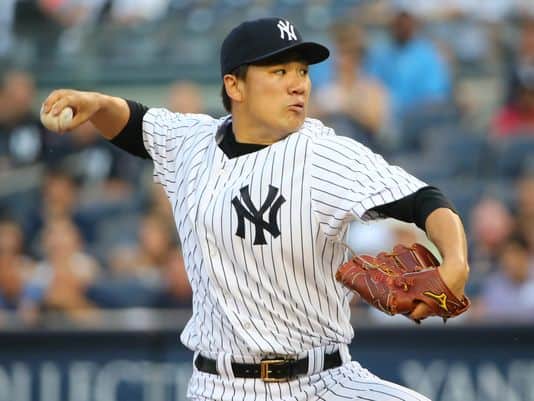 The American League Central’s first place Chicago White Sox will finish off their 3-game series in The Bronx Sunday against the Yankees, with the series currently split at 1 game apiece.

After a pitching duel on Saturday night that saw the Yankees’ Ivan Nova edge out Chicago’s Jose Quintana by a score of 2-1, the Sox will be sending right hander Miguel Gonzalez to the hill where he’ll meet Masahiro Tanaka for the Yankees.

Miguel is making only his 3rd start on the year and he has no decisions to his record thus far, while holding a 4.91 ERA and a 1.727 WHIP entering Sunday’s game.

Tanaka is 1-0 in his decisions on the year with a solid 3.11 ERA and 0.928 WHIP. Except for his last start where the Yankees’ offense put up 10 runs of support, he hasn’t gotten much offensive output behind him from the Yankees’ lineup this season.

Chicago is a well-balanced team, with a steady offense and consistent pitching to back it up. They’ve rode that formula to a 24-13 record, which is good enough for first place in the AL Central, and currently the best record in the American League, and the second best in baseball behind the Chicago Cubs.

The Yankees are off to a disappointing start over a month now into the season as they sit in last place of the AL East with a 15-20 record. They’ll need to find their consistency both in the lineup and on the mound if they wish to get back in the AL East discussion by time the All Star Break hits, and they can start by getting a 2-1 series win against a good Chicago White Sox team with a win on Sunday at home to close out the series.