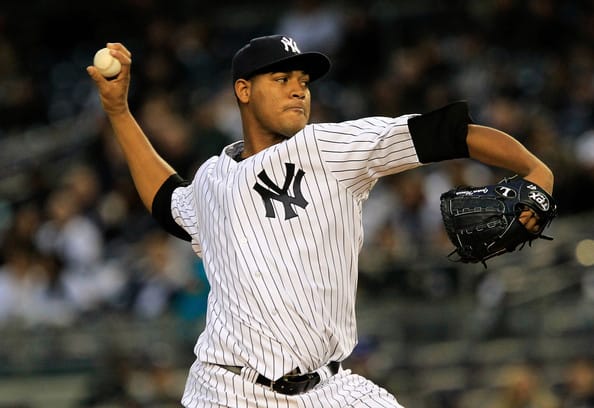 Ivan Nova gets the start on the mound for the NY Yankees.

The New York Yankees will start the second leg of their 7-game road trip as they head into Oakland to face the Athletics for a 4-game series.

The Yankee have been very inconsistent thus far on the season as they currently hold last place in the American League East standings with a 17-22 record. The Athletics have not been much better as they enter the 4-game series with a 19-22 record on the year, but are riding a 4-game win streak heading into tonight’s game.

New York will send Ivan Nova to the mound where he has a 1.74 ERA, but has only pitched 5.2 innings this season. He’ll face-off against Kendall Graveman for Oakland. Graven has lost his last 3 starts as enters with a 5.84 ERA on the year, including a 8.59 ERA in his last 3 games.

Oakland has not looked much better but they still edge out New York in most statistical categories, like their 0.250 batting average and 0.379 slugging. They have struggled at home going only 8-11, but are coming off a home sweep of the Texas Rangers where their pitching held the Rangers to only 1 in 2 of the 3 games.

Oakland is 3-0 versus the Yankees this season, and enters this evening’s game relatively hot for the otherwise struggling team. They’ll need to keep the bats alive if they want to build on their recent success and climb back into the discussion of the American League West standings.