It was supposed to be a shootout. The NFC Championship was supposed to feature two of the best quarterbacks in the NFL doing what they do best—torching defenses for massive yards as they attempt to lead their team to victory. Not just any win, but one that would earn them a trip to football’s version of the Promise Land—the Super Bowl.

In a way, it didn’t disappoint. Between Aaron Rodgers and Matt Ryan, the Green Bay Packers and Atlanta Falcons did combine for seven touchdowns and 679 yards passing between the two of them. But the game was far from close. 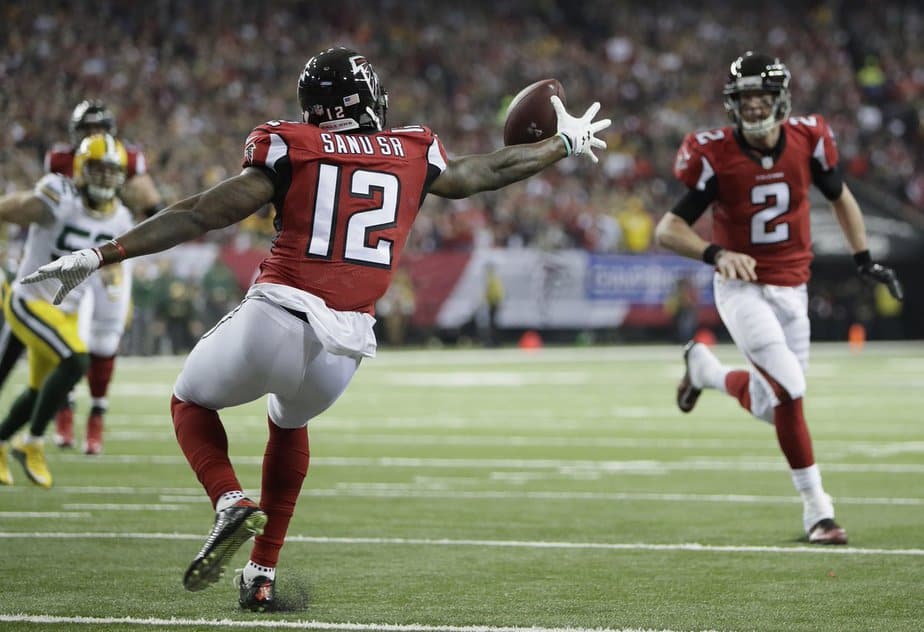 Coming into the game, the Green Bay defense knew it would have to account or the Falcons backfield duo. If they didn’t, Tevin Coleman and Devonta Freeman could do some serious damage. But at the same time, if they didn’t put pressure on Matt Ryan and disrupt the passing game, they would be in trouble.

Well—they were not bad against the run. Atlanta had 101-yards rushing as a team; Freeman had just 42 yards (14 carries) and Coleman, 29 yards and a touchdown (11 carries).

But they had no answer for Matt Ryan and the passing game.

Ryan got the last game in the Georgia Dome off to a good start for the Falcons with a 13-play, 80-yard drive that ended with a two-yard touchdown pass to Mohammed Sanu. Two possessions later, he finished off another 80-yard drive with his first rushing touchdown since Week One of the 2012 season to give the Falcons a 17-0 lead roughly midway through the second quarter.

“I just saw a lane open up,” Ryan said after the game. “That’s the longest run I’ve had in a while. It came at a good time.”

Atlanta’s first of two punts in the game came on the next drive, but then a rare Aaron Rodgers interception gave the Falcons the ball back with enough time for Ryan to drive the team 68-yards on nine plays, the final one a five-yard touchdown pass that gave the Falcons a 24-0 lead at the half.

Jones, who didn’t practice all week because of multiple foot injuries, finished the night with nine receptions, 180 yards, and two touchdowns. The second was pretty much the dagger to the heart of Packers fans everywhere.

Jones took a short pass from Ryan and turned it into a 73-yard touchdown and a 31-0 lead.

Aaron Rodgers got the Packers offense moving on the next drive and finished the game with three 75-yard touchdown drives (not including the final drive of the game), but the defense couldn’t stop Ryan. The Falcons would punt once in the second half, but Ryan would throw another touchdown pass giving him four for the game. 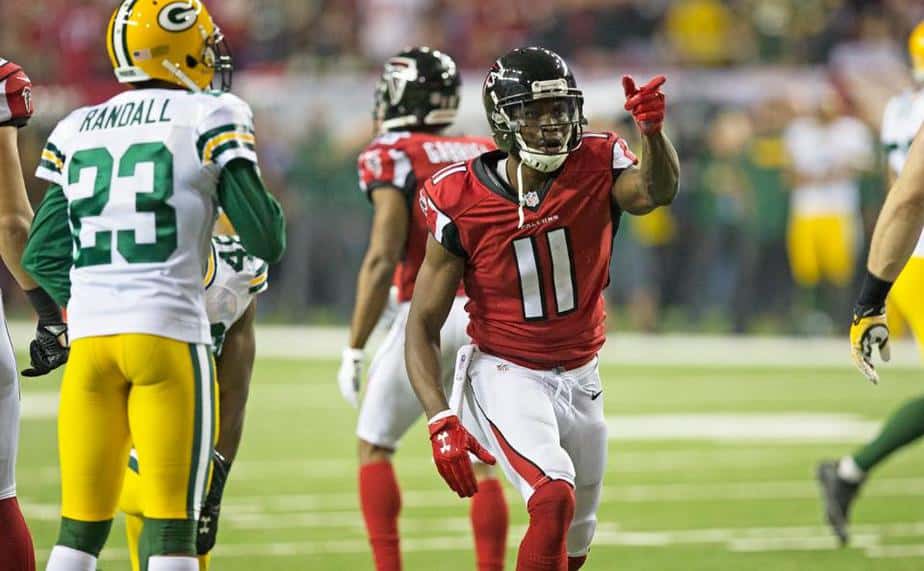 Tevin Coleman closed out the scoring for the Falcons with a three-yard touchdown run early in the fourth quarter. Rodgers would tack on another touchdown with a one-yard throw to Jared Cook to make the final score 44-21, Atlanta.

“Their offense is hot right now,” Rodgers said. “Playing a team like that, you’ve got to start faster. We had no points in the first half. You’re not going to win many games like that.”

Next up for the Falcons is a date with the New England Patriots in Houston to play in Super Bowl LI.