Fans of teams other than the Atlanta Falcons were probably a little surprised at how the Falcons-Seahawks game turned out. Not so much that the Falcons won but how they won the game. Atlanta’s offensive prowess was no surprise, but how the defense played certainly was.

When the Seahawks opened the game with a 14-play, 89-yard touchdown drive that consumed over half of the quarter (8:34) it looked like it might be a long day for Atlanta fans/Seattle haters. But then the broadcast team shared some statistics that gave them hope. 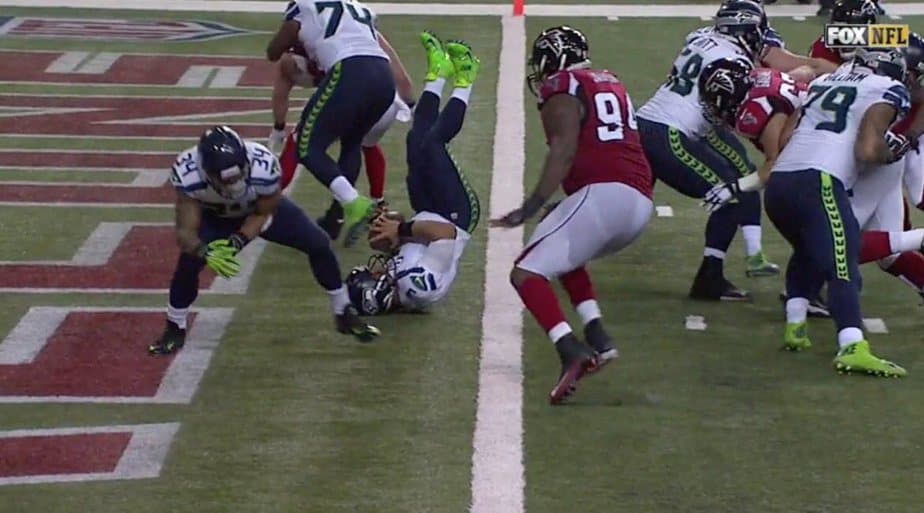 What stats? They were stats that showed while the Atlanta defense was not great to start the season, they finished it well:

Hmm…maybe there was hope for the Falcons after all.

Seattle took a 10-7 lead with a field goal on their second drive, but on their third, things took a turn for the worse. The drive should have started off with Seattle inside the red zone and just seven yards away from taking a 17-7 lead thanks to an 80-yard punt return by Devin Hester. But it was called back because of a penalty on Kevin Pierre-Louis (Richard Sherman could have been called for one as well).

So, instead of getting the ball within spitting distance of the end zone, they had their backs up against the other end of the field—and it cost them. Two plays later, on second and 13 from their own four-yard line, an offensive lineman stepped on Russell Wilson’s foot causing him to fall—and into the end zone for a safety.

That little tumble ended up being the beginning of the end for Seattle.

Matt Ryan led the Falcons to points on their next four drives to take a 29-13 lead over the Seahawks one play into the fourth quarter. But with Russell Wilson at the helm, the Seahawks offense is never quite out of it. Down by 16 with a whole quarter to go would mean the end of many offenses—but not Seattle’s.

It didn’t help when Wilson threw an interception and set the Falcons up with a short field. The resulting touchdown put the Falcons up 36-13, but more importantly, left the Seahawks with only 3:40 to overcome the deficit—plenty of time for a little more excitement which fans got from Devin Hester, Russell Wilson, and Doug Baldwin.

Hester set Wilson up with great field position after a 78-yard kick return. Wilson took advantage of it with a 31-yard touchdown pass to Doug Baldwin on the next play; the defense did its part by holding the Falcons to a three and out, but then Wilson threw his second interception of the day to bring any hopes of an improbable comeback to an end. 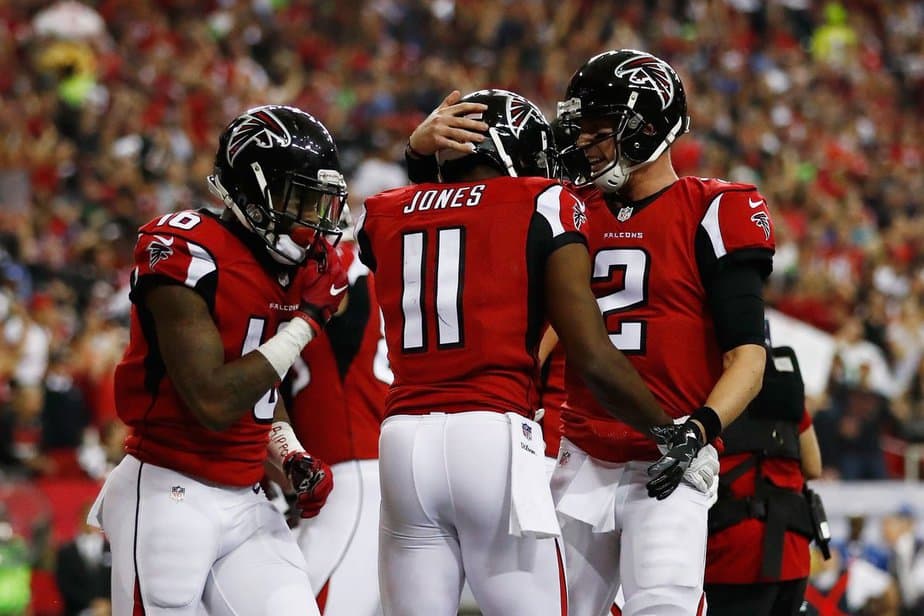 “We’ve been aggressive all year, even when we’re backed up, and we weren’t about to change,” Ryan said following the game. “We thought if we could get a little breathing room, we could go out and do a few things, and it just kept building and building until we finished the drive.”

Ryan completed 26 of 37 pass attempts for 332 yards and three touchdowns. Julio Jones made six receptions for 67 yards and a touchdown before leaving the game with an injury. Falcons head coach Dan Quinn told reporters after the game he expects to have Jones next week for the NFC Championship game and that Jones could have played had the game been closer.

The Atlanta defense limited Russell Wilson to 17 completions on 30 attempts for 225 yards and two touchdowns along with a pair of interceptions. But where the Falcons really hurt Seattle’s game was in limiting Thomas Rawls to just 11 carries and 34 yards. Wilson ended up leading the Seahawks running game with 49-yards on six runs.

Atlanta had the chance to run up the score after getting within two yards of the end zone. Instead, Ryan took a knee on four plays to run out the clock.

Atlanta will either host Green Bay or travel to Dallas next week for the NFC Championship game.