NFL Clears Peyton Manning Of Allegations Made In Al-Jazeera Report—Now How About The Other Guys?

Peyton Manning’s legacy was taking already taking a hit as the 2015 regular season came to a close. He looked nothing like the dominant gunslinger fans had come to know and love over the years, but it took another hit with the release of the now-infamous Al-Jazeera America report that accused him of using HGH.

Next to playing one-year too many, the worst thing that can happen to a player at the end of his career is to be caught up in a scandal (of any kind)—especially one that paints him as a cheater. Manning vehemently denied the charges of course (that the HGH sent to his wife was for him) and talked about suing Al-Jazeera, but later decided not to. 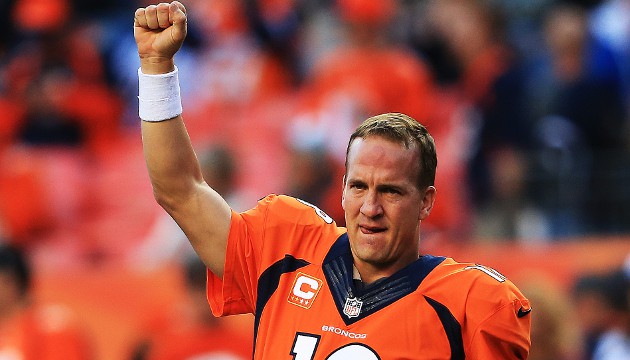 Unlike the other players named in the report, Manning agreed to cooperate with the NFL’s investigation, and it appears that doing so has paid off. Monday morning the league announced that it could not find any proof that Manning had done anything wrong (NFLTradeRumors):

“Following a comprehensive seven-month investigation into allegations made in a documentary by Al-Jazeera America, the NFL found no credible evidence that Peyton Manning was provided with or used HGH or other substances prohibited by the league’s policy on performance-enhancing substances…”

The league’s investigation has been a sore spot between the NFL Players Association and the players involved for several months. Since the report’s primary source recanted what he had told the Al-Jazeera reporter, the NFLPA did not feel as if the matter warranted investigating.

So if it didn’t need to be investigated, the NFLPA saw no reason to submit to league’s demands for in-person interviews with James Harrison, Julius Peppers, Clay Mathews, and Mike Neal. But they threw the NFL a bone and submitted affidavits to the NFL about the report and its claims.

Harrison, who is no stranger to NFL discipline, said he would meet with the investigators in person, but only if they came to his house and Roger Goodell came with them. He made the offer in an Instagram post:

I never had a bully before in my life and I’m DAMN sure not about to have one at this point. But since I’m a nice guy and don’t mind helping clear the air in the name of the NFL Shield, I’ll do this interview.

The interview will be done at MY house BEFORE training camp. On a date of MY choosing. AND…Mr. Goodell must be present.

The NFLPA thinks the league is trying to pressure the players into an unnecessary investigation. They requested additional information from the league but got none. The league, on the other hand, sees the situation as a chance for the league and players to protect the integrity of the game by addressing the claims (and proving them false).

It is not hard to understand the player’s standpoint. If the league is going to investigate any old claim—proof or not—the league’s investigators could become very busy as anyone with an ax to grind will make a claim. Why give the accusers power by treating their claims as legitimate without any proof?

Maybe, in this case, the league saw a win for both sides. Maybe it saw a chance for it to appear serious about PEDs. At the same time, the players would get an opportunity to prove they are clean. Peyton Manning cooperated, and now he’s been cleared—maybe the other guys should do the same. By resisting the investigation, they appear as if they have something to hide. Maybe if they just followed Peyton’s lead the whole mess can finally go away.