The Seahawks have made a living playing dominant defense the last few seasons, and this year is no different. They have not been as consistent against the pass without Earl Thomas in the lineup, but they still allowed teams to score only 18.2 points/game this season.

Seattle only allowed the Detroit Lions to score six in last weekend’s 26-6 victory–but the Falcons will not be nearly as easy. They certainly were not when these two teams met earlier this year in a game the Seahawks won 26-24 with the help of a controversial ending. 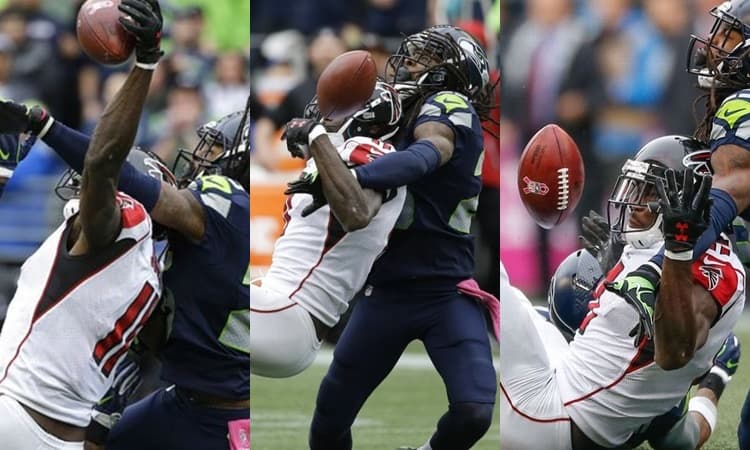 Seattle succeeded in limiting the Atlanta offense to just 86 yards in the first half as they barely allowed Matt Ryan the opportunity to breath let alone pass the ball (three sacks, eight hits). The Seahawks took a 17-3 lead into the half, but with an offense like Atlanta’s, a comeback is never out of the question. By the time the fourth quarter rolled around, the Falcons had a 24-17 lead.

Ryan exploded for 220 yards and three touchdowns in the quarter, but in the end, the game came down to a blown call by the refs. After falling behind 26-24, the Falcons got the ball back with 1:57 left. After three incompletions, Matt Ryan tried to connect with Julio Jones on a deep pass, but Richard Sherman interfered with Jones—but the refs didn’t flag him for it.

Sherman would later justify the play by saying Julio Jones had committed a penalty earlier in the play.

The loss still doesn’t sit well with Falcons head coach Dan Quinn, but he sees value in overcoming the adversity that stemmed from it:

“I think to get better, you do have to struggle,” Quinn said. “It’s painful as hell to go through, but that’s where some of the lessons are.”

What lessons will the Falcons take from that loss and apply to Saturday’s game? 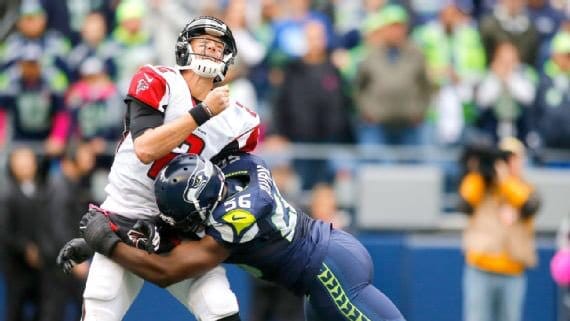 For one—they will want to get off to a fast start as they did in many of the games at the end of the season. They certainly can’t afford to have a poor half like they did during the regular season. By getting off to a fast start, they stand a better chance of dictating what the Seahawks do on offense. If Seattle falls behind by a few scores, they will not be able to just feed the ball to Thomas Rawls all day long like they did against the Lions.

As long as the Seahawks are slinging the ball around to keep up, the Falcons will need to do the same to stay ahead—which is what they want to do.

However, while they Seahawks may like to rely on the running game and their defense, Russell Wilson and the Seattle offense is quite capable of throwing the ball around too. It will certainly help that the Falcons have one of the weaker pass defenses in the league if it comes down to that.

To make matters worse for the Falcons, the Seahawks may have running back C.J. Prosise back from injury. In limited action before his injury, he proved himself to be a dangerous receiver coming out of the backfield.

Along with a fast start, the Falcons are going to want to limit the mistakes as much as possible. Matt Ryan has done a great job of protecting the ball this season, but he did have a fumble last time that led directly to seven points for the Seahawks.

What would help the Falcons this time would be if Devonta Freeman and Tevin Coleman could get a running game going. The two combined for just 50 yards last time on 17 carries but falling behind early limited the team’s run opportunities. 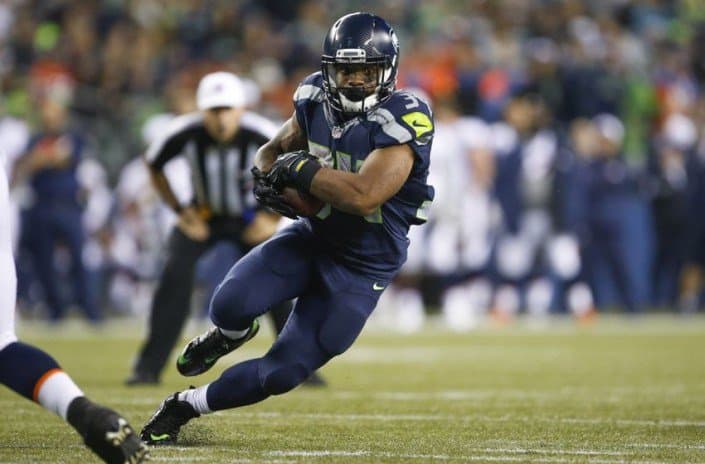 This time around, both teams are likely going to lean heavily on the pass to build a lead, and if either can build it, they will then look to kill the clock with the running game. Neither can afford to stumble out of the gate (like they both have) because that will provide the other with the opportunity they need to get ahead.