Sunday morning, kids all over the country will enjoy one of the happiest moments of the year—that moment after they wake up, run down the hall, and see all the presents Santa Claus left under their Christmas tree. As the kids smile and squeal with joy as they tear open all the presents Mom and Dad spent hours wrapping in less than five minutes, all will be right in the world.

That is unless they are fans of the Baltimore Ravens or Pittsburgh Steelers. 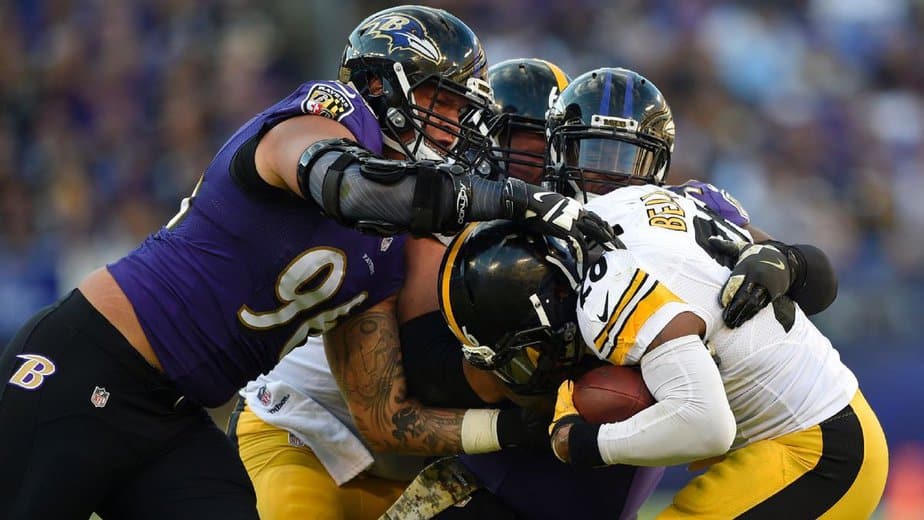 They will enjoy Christmas morning like anyone else, but they will also be a little anxious as they wait for kickoff later in the day. If this were Week Three of Week Seven or even Week 12, it wouldn’t be as big a deal, but this is Week 16. Every game can impact who makes the playoffs—and this one will certainly have an impact on whether the Ravens or Steelers see the postseason.

So, yeah—Sunday’s game is kind of important.

Anytime you play your rival it’s a big deal, but when beating your rival has playoff implications a win is even sweeter. Since the game falls on Christmas Day fans can probably count on whoever announces the game using every Christmas related cliché they can think of (which, if you can see the entertainment value, is a gift in itself).

So—will Christmas be merrier for fans of the Baltimore Ravens or Pittsburgh Steelers?

Most people will pick the Steelers because they have more star power and the potential for explosive play on offense than the Ravens. They have a more talented running back, one of the best receivers in the game, and arguably one of the best quarterbacks in the NFL today. When these guys are on their game, they make the Steelers one of the NFL’s best.

What do the Ravens have? Joe Flacco, some guy the Cleveland Browns didn’t want (Terrance West), and a wide receiver with a name that makes most people think about 60 Minutes before they realize he’s not an old white guy (Mike Wallace).

While the Ravens may not have star power on offense, the guys they do have, have been playing well enough to get the job done. Since their defense is one of the best in the league this year (18.8 points/game allowed), the offense hasn’t needed to do too much in many games. Due to their struggles running the ball, they have had to count on the passing game.

Most of the time, Flacco, and the passing game have been able to pull through. They certainly did back in Week Nine when they got out to a 13-0 lead before a blocked punt returned for a touchdown made it 21-0. Up to that point, the Ravens defense managed to frustrate Roethlisberger and hold him out of the end zone. Big Ben closed the gap to 21-14, but one of the touchdowns came with 48 seconds left, so the game wasn’t as close as the score would indicate. 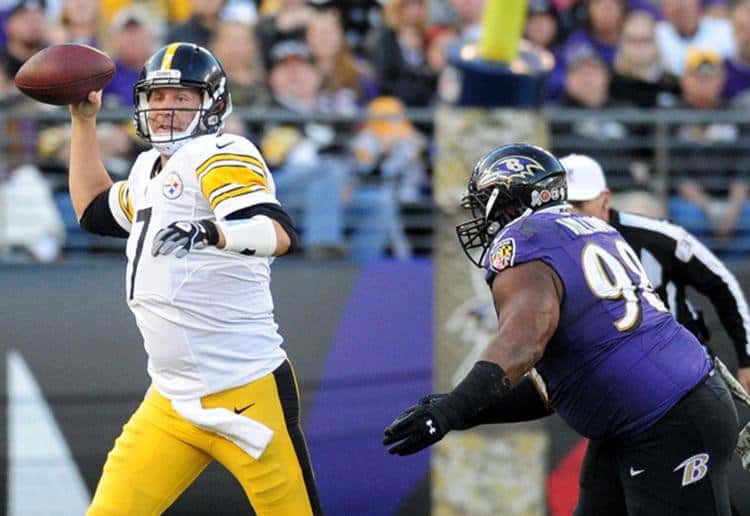 So, the question here is whether the Ravens defense can do it again? Can they shut down the Steelers Triplets for a second time this season?

The Steelers have not been consistent on offense for a few weeks, and have relied heavily on running back Le’Veon Bell in the process. Look for the Ravens to take him out of the game like they did last time (14 carries for 32 yards), and put the game completely on Ben Roethlisberger’s shoulders.