NFL On Christmas Day Recap: Ravens vs. Steelers—Missed It By That Much!

There are a handful of quotes that are often used in conversations about NFL games because they tend to be true. Offense wins games; defense wins championships. Any team can win on any given Sunday. Play like a champion. Leave it all on the field. The list could go on and on.

But there is one that fans of the Baltimore Ravens will be tired of very soon because it will be used every time someone talks about their loss to the Pittsburgh Steelers on Christmas Day: It’s a game of inches. 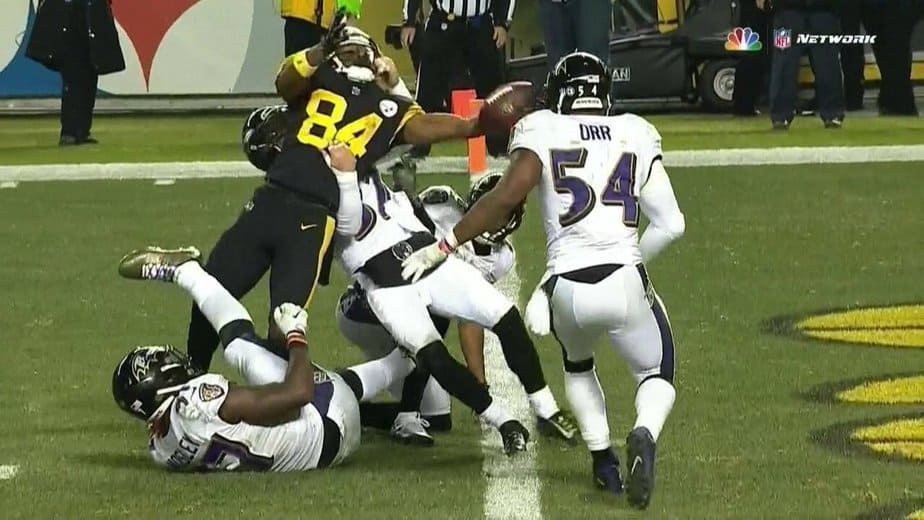 When Kyle Juszczyk scrambled across the goal line with 1:18 left on the clock to give the Ravens the lead, it appeared that the game was done. Baltimore would live to fight another day after beating their hated rivals, 27-24.

“After we scored, in my mind, we have the best defense in the NFL, so it’s a wrap,” Juszczyk said after the game.

But there was just one problem—Ben Roethlisberger, Antonio Brown, and Le’Veon Bell don’t need a lot of time to score.

With the Ravens defense already on its heels after giving up touchdowns on the Steelers last two drives. But the Baltimore defense was ranked No. 1 not too long ago and was still considered the No. 6 defense in the league. Surely, they would be able to hold the Steelers off—right?

After spiking the ball to stop the clock, the Steelers had a decision to make: go for the tie and send the game into overtime or go for the win but with a play that would still allow them to kick a field goal if it didn’t work.

Ben Roethlisberger probably intended to go with Option B, but for some reason hit Antonio Brown on a route across the middle and short of the goal line. The Ravens were prepared for him to get the ball, and Brown was immediately hit by Ravens Pro Bowl linebacker C.J. Mosley and safety (should be a Pro Bowler) Eric Weddle in front of the goal line.

For a split second, Ravens fans rejoiced as it appeared that the defense was going to hold, but then Brown stuck his arm holding the ball out just far enough to break the plane and score the game-winning touchdown—by inches.

Brown shared what was going through his mind during the play after the game:

With the win, the Steelers won the AFC North title and took possession of the No. 3 seed in the conference. The loss eliminated the Ravens. 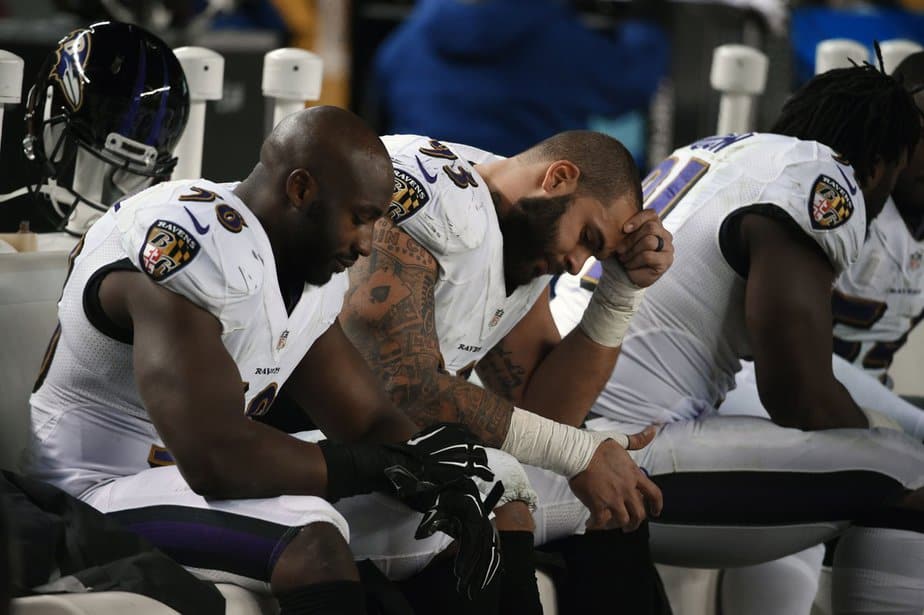 “It happened. It sucks,” Ravens linebacker Terrell Suggs said. “You got to applaud them, and they wanted it a little bit more than we did this time.”

Pittsburgh wraps up the 2016 regular season against the Cleveland Browns. Baltimore will try to finish the season with a winning record by defeating the Bengals in Cincinnati.