NFL On Thanksgiving Recap: Lions, Cowboys, And Steelers—Oh My! 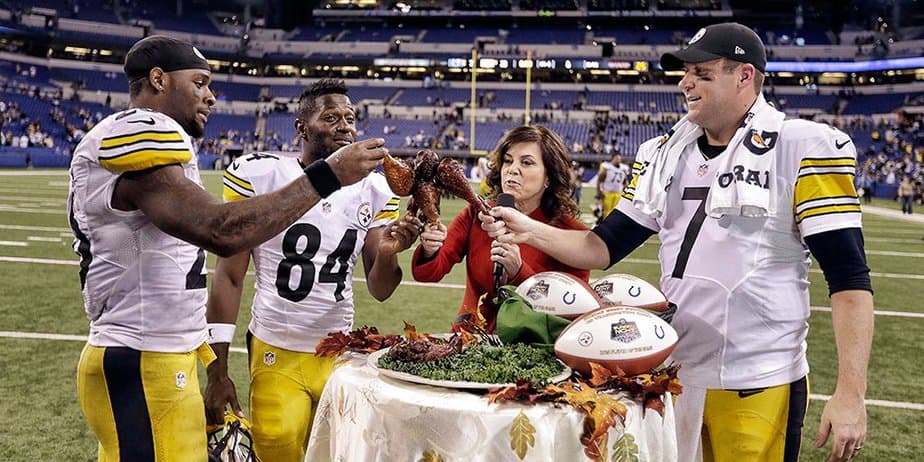 Thanksgiving, for most people, is a day off work, an excuse to spend the day with family, and escape family by watching football all day. For some guys in the NFL, it’s another day at the office—but not just any old day at the office. This time it’s a national broadcast game that the whole nation watches while they recover from their turkey-induced coma.

That kind of pressure probably means nothing to NFL players. By the time they make it to this level of the game, they probably don’t even see cameras (that is unless one gets in the way and they must run over it).

But this year’s holiday slate was different. Each game had playoff implications; ones that the losers may not be able to recover from. 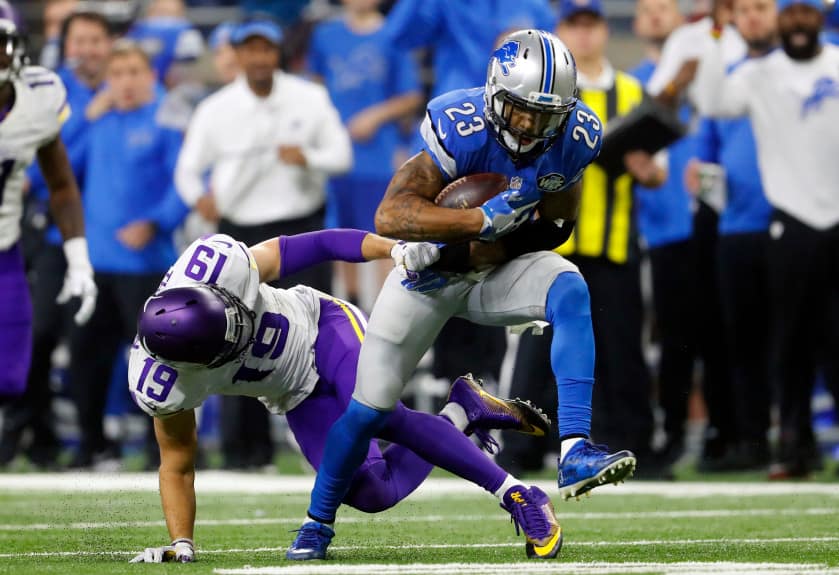 When the Minnesota Vikings were 5-0, it appeared as if the NFC North was theirs for the taking. The Lions, on the other hand, looked like the luckiest kids on Earth with one fourth-quarter comeback after another this season. But when the two met on Thanksgiving, they had identical 6-4 records and stood to gain control of the division with a win.

Heading into the fourth quarter, the Vikings had a 13-10 lead, but that just meant the Lions had them right where they wanted them. The Lions have trailed in the fourth quarter of every game this season so being down by just a field goal was nothing new them and certainly nothing to worry about.

Sure enough—Matt Prater tied the game up at 13-13 with a 48-yard field goal with less than two minutes to go and it appeared that the Lions would live to fight again during overtime—but then Sam Bradford was picked off by Darius Slay to set up another Prater field goal for the win, 16-13. 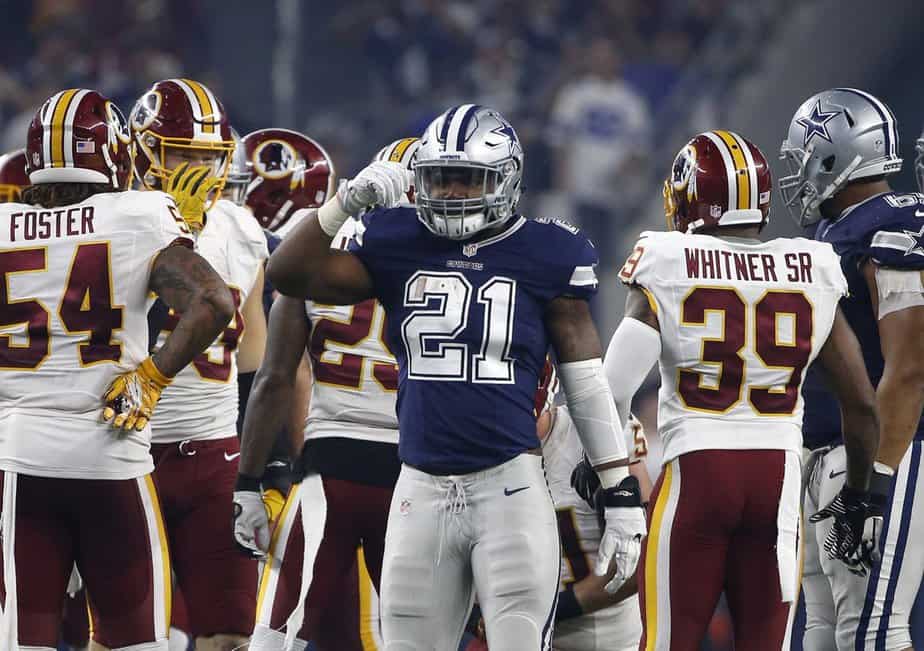 Whenever the Redskins and Cowboys play, fans know they can count on a good, hard-fought game regardless of whatever may or may not be on the line. But heading into Thursday’s game, Washington needed a win in the worst way. They needed to cut into the division lead the Cowboys had built up and stay in the thick of the wildcard race.

With Kirk Cousins throwing the ball better than the class “mean girl” throws eye rolls, the Redskins were confident they could overcome the Dak Prescott/Ezekiel Elliot machine that is the Dallas offense.

If you just look at the stat sheet and see that Cousins threw for 449 yards and three touchdowns without throwing a pick or being sacked, you would think the Redskins had destroyed the Cowboys—but they didn’t. The Dallas defense bent, but rarely broke forcing Washington to attempt four field goals in the first half (missing two) allowing the Cowboys to take a 17-6 lead into the half.

Both offenses got moving in the second half following a couple of punts, but the damage was done in the first half. Washington scored touchdowns on their last three drives but had a pair of Dallas touchdown drives sandwiched in between them.

Cousins got the Redskins offense moving with relative ease in the second half. Had Washington recovered the onside kick attempt with just under two minutes to play, the outcome could have been different—but they didn’t and the Cowboys won, 31-26, in front of the largest audience to ever watch an NFL game on FOX. 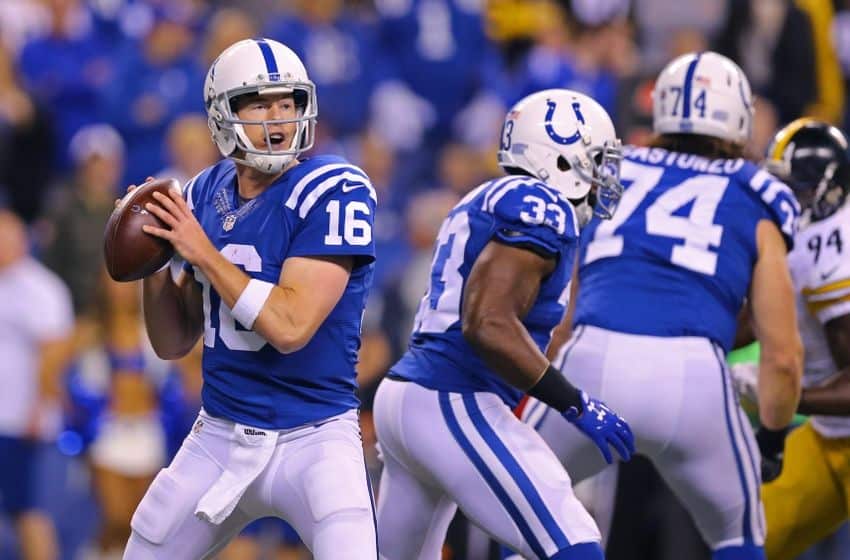 Typically, when people talk about the final score not being indicative of how the game went, it is because the final score is close. But that was not the case with the Colts and Steelers Thursday night. Pittsburgh won, 28-7, but Indianapolis gave the Steelers much better fight than a three-touchdown deficit would indicate.

With Andrew Luck sitting out with a concussion, the Colts were forced to go with Scott Tolzien. It would be the third career start for the six-year pro and first since 2013—but if you watched the game without knowing much about him, you would have thought he was a former starter. He had his struggles at times, but also made several very good throws.

He only had the one scoring drive—which saw punter Pat McAfee complete a 35-yard pass on fourth and six—but he got the Colts in position two more times. The first came towards the end of the first half. Rather than close the gap to 21-10 with a field goal on fourth and goal from the one, they went for it—and didn’t make it.

On their opening drive of the second half, Tolzien guided the Colts down the field on what was shaping up to be a 19-play, 89-yard field goal drive (at least). But once again, with fourth and goal from the one, the Colts decided to go for it again. Once again—they failed to convert.

Tolzien threw an interception on the Colts final two drives (not counting the end of the game drive), and Pittsburgh went on to win 28-7.

With five games remaining, a lot can still happen, but each game’s outcome gave a little clarity to the playoff picture. The wins gave Detroit and Pittsburgh sole possession of first place in their respective divisions.  Dallas already owned the NFC East lead but made it a little bigger with their 10th straight win.

Minnesota is still in good shape but must figure out how to be more consistent on offense if they are going to have a shot. Washington is in good shape as well and would be the No. 6 seed if the playoffs started tomorrow.

But Indianapolis is not in good shape. At 5-6 they are well behind the pack competing for a wild card spot and sit two games behind the Texans in the AFC South.