No. 20 USC-No. 4 Washington Recap: So Much For Those Playoff Hopes 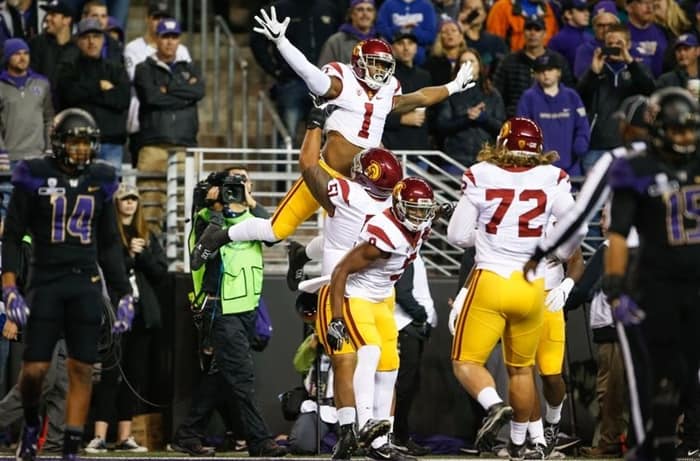 The Washington Huskies were had the chance they wanted. Texas A&M lost last weekend, so they were bumped into the top four teams in the CFB Committee Poll. Their fans and many in the media thought they should have been there all along. With the USC Trojans coming to town Saturday night they would get a chance to prove they deserve the spot.

But they didn’t. Instead–Washington lost. 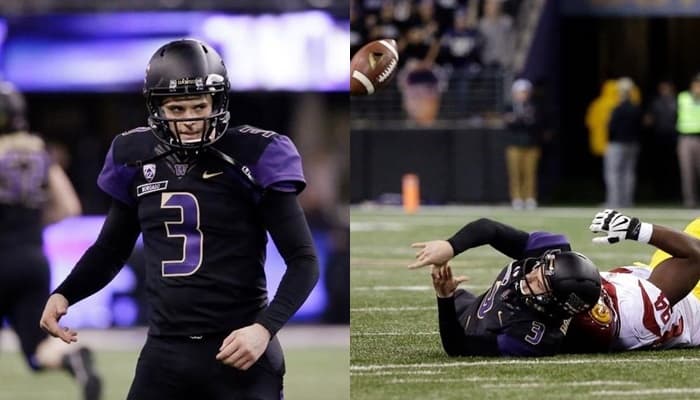 The day did not get off to a great start for the Huskies on offense and never got better. After punting on their first possession, the defense gave them the ball back after intercepting Trojans quarterback Sam Darnold. While Browning was able to generate some offense, the drive eventually stalled, and the Huskies had to settle for a field goal.

USC answered their field goal with one of their own, but then Browning made an uncharacteristic mistake by throwing his fourth interception of the season. Eight plays later, Darnold threw a 13-yard pass to Darreus Rodgers to give the Trojans a 10-3 lead.

The offensive struggles continued for the Huskies as they were able to move the ball once again but the drive stalled and they had to settle for another field goal. Had the half ended with the score still 10-6 they would have been in decent shape in the second half, but the Darnold was able to lead the Trojans on a quick nine play, 82-yard drive capped off by a four-yard run by Ronald Jones II for a touchdown and a 17-6 lead.

Washington appeared poised to get back into the game with a 70-yard strike from Browning to John Ross to close the gap to 17-13. On the second play of USC’s ensuing drive, the Huskies intercepted Darnold for the second time. With the ball on the USC 33-yard line, they were in great position to record their second touchdown of the day and take their first lead of the day.

But the Trojans defense forced them to attempt a field goal—which they blocked.

With the ball on their own 40-yard line, the Trojans didn’t have far to go and didn’t take long to get there. Nine plays later, Sam Darnold connected with Daniel Imatorbhebhe on an eight-yard touchdown pass to increase their lead to 24-13 with most of the fourth quarter still to play.

Washington had time to mount a comeback, but the Trojans defense had stifled them for most of the day and were not done yet. They allowed the Huskies to gain just 19 more yards over the remainder of the game (total of 276 with only 17 rushing; had averaged 499.4). Browning’s second interception of the day effectively ended any hopes of a comeback. 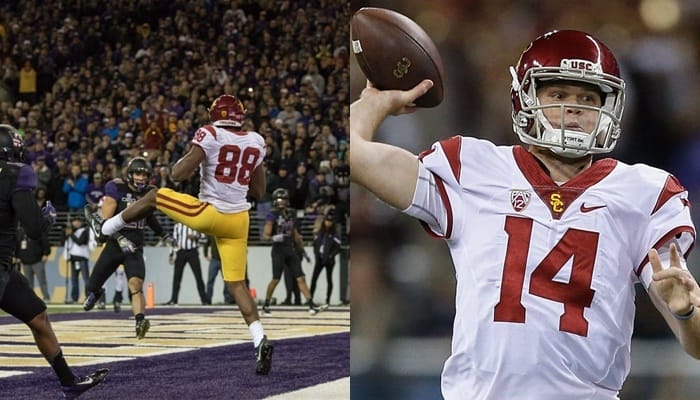 The Huskies would get one more possession, but it ended with a safety (making the final score, 26-13, USC).

The loss not only snapped the Huskies 12-game winning streak but also blew a golden chance for the Huskies to move up in the poll with Michigan and Clemson losing on game-ending field goals. They’ll need to win the Pac-12 and receive a lot of help to make the playoffs now.

“Here’s where we find out if we’re the front-runners that are only playing well when things are going well or are we going to respond and bounce back stronger?” Browning said. “That will be interesting to see what kind of team are we.”

Washington will try to rebound with a win over Arizona State next week. USC will try to keep the good times rolling against their main rival—UCLA.