North Carolina Closing In On No. 1 Seed And ACC Title With Win Over Louisville 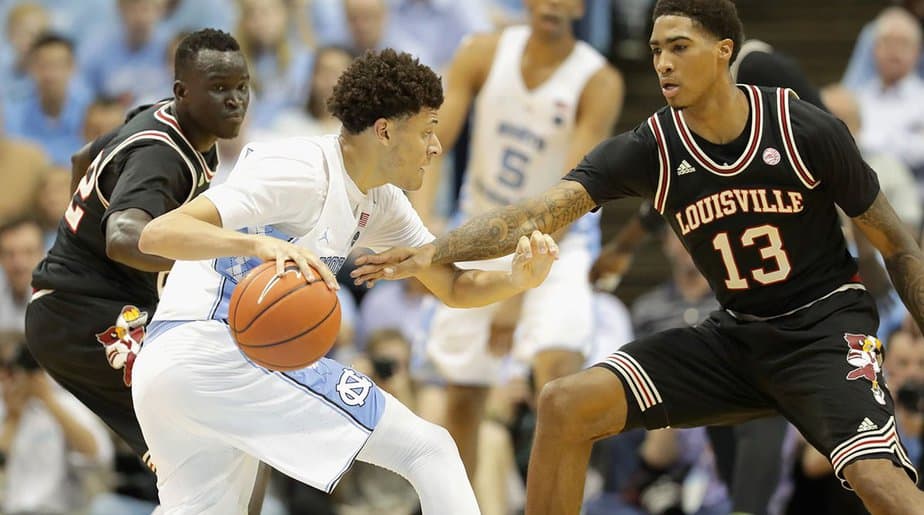 The North Carolina Tar Heels opened the door for someone else to win the ACC when they lost to Duke a couple of weeks ago, but after taking down No. 7 Louisville Wednesday night, the door is almost closed—but not quite.

A win over the higher ranked Louisville Cardinals Wednesday would give the Tar Heels a two-game lead over all four second-place teams– Louisville, Duke, Florida State, and Notre Dame–with three games left in the regular season. However, two of those three are against ranked teams, No. 18 Virginia and No. 10 Duke, and will certainly not be easy.

So, to maintain control over the conference, for the time being, the Tar Heels needed a win over Louisville—and got it, 74-63.

The Cardinals got out to an early lead in the first half only to lose it to the Tar Heels about midway through. Like the Cardinals, the Tar Heels were unable to build much of a lead making it possible for Louisville to tie the game up at 30-30 in the closing moments of the first half. But a pair of free throws by Kennedy Meeks and one by Theo Pinson gave North Carolina a 33-30 lead at the break.

Once the second half started, the game remained close for a few minutes. But with the score tied at 40-40, the Tar Heels surged ahead and took control of the game with a 13-3 run. North Carolina led by as much as 17 down the stretch and didn’t allow Louisville to get closer than eight points.

Louisville guard Donovan Mitchell closed out the scoring for both teams with a layup in the final minute of the game to make the final score 74-63 in favor of the Tar Heels.

“I feel good yes, that we’re on the top,” UNC coach Roy Williams said after the game. “I’d rather be on the top than third or seventh or 15th, but there’s still a lot of work to do.”

A good night for the Tar Heels was marred slightly by the unruly behavior of one fan that had to be ejected from the arena. As the two teams were leaving the court for halftime, the fan in question decided to shout at Louisville head coach Rick Pitino. According to Pitino, an adult male got in his face and said something he didn’t like.

“I take it from the students all the time; you expect it from the students. But from an adult? And then to turn his back on me like he’s a coward?” Pitino said. “And he is a coward, but North Carolina is a classy place, and he doesn’t speak for the rest of the people.”

Whatever it was must have been pretty bad. Pitino had to be restrained by his staff resulting in his jacket being torn. However, according to one ESPN reporter, all the person said was, “Pitino, you suck!” 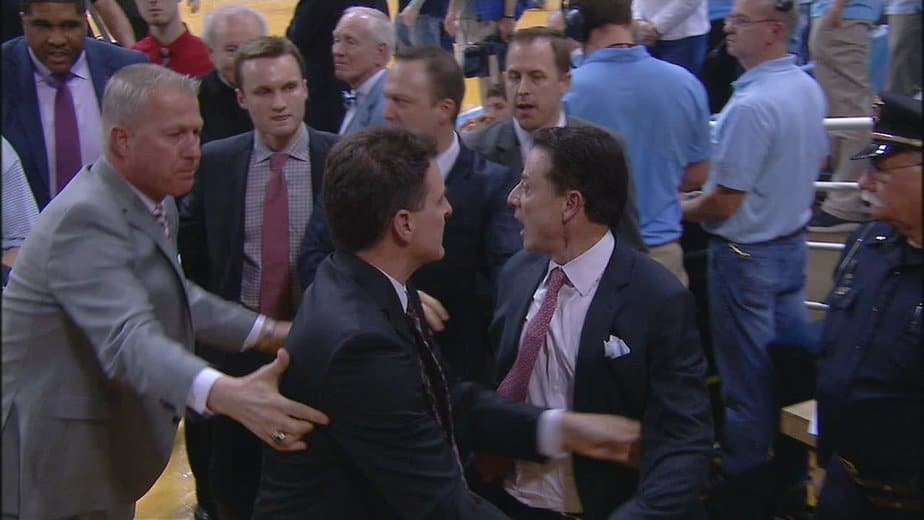 Louisville will try to get back on the right side of the scoreboard Sunday afternoon when they play Syracuse. The Orange will be coming off an upset win over Duke and would love to further enhance their Tournament resume with another upset win.

North Carolina will face a tough Pitt team that they only beat by two points when the two teams met on January 31. Whether they are a No. 1 seed will depend on their last two games of the regular season against No. 18 Virginia and No. 10 Duke.