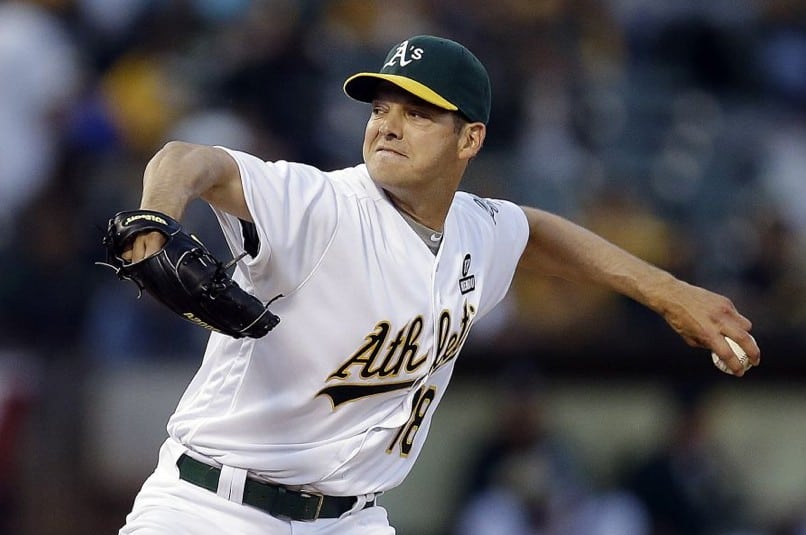 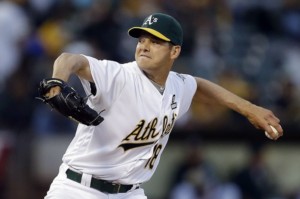 After doing all they could to avoid it, the Oakland Athletics officially placed starting pitcher Rich Hill on the 15-day DL Thursday. Hill was throwing a bullpen session Wednesday when he re-aggravated the groin injury that forced him to leave his most recent start on May 29. Oakland placed him on the DL retroactive to May 30, which will make him eligible to return in less than a week in the event he’s able to heal that fast.

Hill had pitched 6.1 innings against the Detroit Tigers on May 29 when he felt a “grabbing, pulling sensation” in his groin. The A’s were hopeful that he would be able to return to the rotation after missing just one start, but that won’t be the case after this setback. Hill was in the midst of a 35-pitch bullpen session on Wednesday, but says he felt a pulling sensation similar to what he experienced last month on his 33rd and 34th pitches of the throwing session. Hill is scheduled to undergo an MRI on Thursday, but the team has yet to release those results.

The 36-year old lefty has been one of the few bright spots for the last-place A’s this season. He has won eight of his 11 starts and holds a 2.25 ERA. Meanwhile, no other Oakland starter has an ERA under 5. Hill was also named the American League’s Pitcher of the Month in May, and, if healthy, is a safe bet to be Oakland’s representative at the All-Star Game this season.

Hill becomes the 11th player currently on the DL in Oakland, adding to what has become a lost season. Only the Minnesota Twins have lost fewer games among American League teams. The A’s are currently nine games under .500 and riding a five-game losing streak.

As good as he’s been this year, Hill alone is not going to get the A’s above .500 and into the playoff picture. However, losing him to injury could hurt them later this summer when Oakland inevitably trades away players for prospects in the weeks leading up to the trade deadline. Between his performance and his expiring contract, Hill is one of the best available pitchers on the trade market this summer. Of course, this most recent injury combined with years of durability problems will decrease his trade value, despite the fact that he’s pitched at such a high level all season.

The best-case scenario for Oakland would be to get Hill back healthy as soon as possible and give him a chance to put the injury behind him before trade season picks up in July. If that happens, the A’s can expect to get something substantial in a trade for Hill. If not, Hill will be just another player on Oakland’s DL during a lost season.