College football fans in the state of Texas were pretty happy last weekend. Watching the University of Houston put Oklahoma in its place was an excellent way to get the weekend started. Seeing Texas A&M upset UCLA thanks to its running game and defense was pretty sweet as well. It was great to see Baylor still dominating, Texas Tech running up the score, Kenny “Trill” Hill back in action as the new quarterback for TCU (and throwing for 400+ yards). SMU even started the season off with a win.

Fans of smaller schools even had reason to celebrate with Texas State, UTSA, and UTEP recording victories as well giving college football programs in the state of Texas nine wins last Saturday (North Texas and Rice lost). Tack on the Longhorns unexpected win in double overtime over Notre Dame Sunday and the State of Texas saw ten FBS schools got a win last weekend. 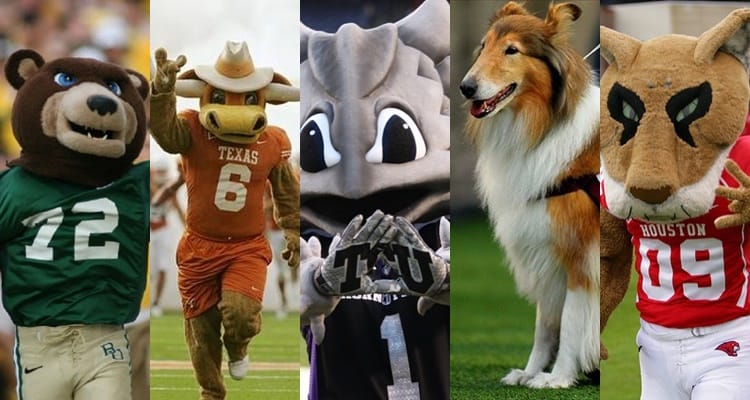 The good times kept rolling when the new rankings were released. When the dust cleared, Houston moved up to No. 6 in the AP poll (highest rank since 1990), Texas A&M entered the top 25 at No. 20, and the Longhorns debuted at No. 11.

It wasn’t just a good weekend of college football in the state of Texas; it was a historic one. Is there a chance it could happen again? Could all ten teams win and create the ultimate Lone Star parlay?

It would be a bit of stretch to see all ten win for two consecutive weeks. SMU and Baylor are playing which means at least one of the ten loses. SMU could be replaced with North Texas (who should beat Bethune-Cookman this week). Texas State is off this week, and it would not be smart money to expect Rice to take down Army and its running game.

There is a very good chance the five ranked teams will all win again giving the state five teams in the top 25 for two consecutive weeks:

Barring an injury to anyone critical to their team’s success, the only team that could have a lot of trouble pulling out a win is TCU. Kenny Hill appeared to be just as capable of running an offense for the Horned Frogs as he did for Texas A&M; good but far from perfect. The defense, however, was supposed to be great this season but looked terrible against South Dakota State last week.

Whether either wakes up may not matter if Kenny Hill can connect with his wide receivers and spread the Arkansas defense out. It is what he is good at, but he has to do so while not throwing any interceptions (easier said than done).

From a fan perspective, it looks like it will be another banner week for college football fans in the state of Texas. For the gamblers, it may be a little more trying. There is no telling if Houston, Baylor, Texas, or Texas A&M will keep their starters in long enough to cover the spreads (TCU’s spread is not too crazy).

Enjoy while it lasts, Texas. The competition starts to get a little tougher next week.