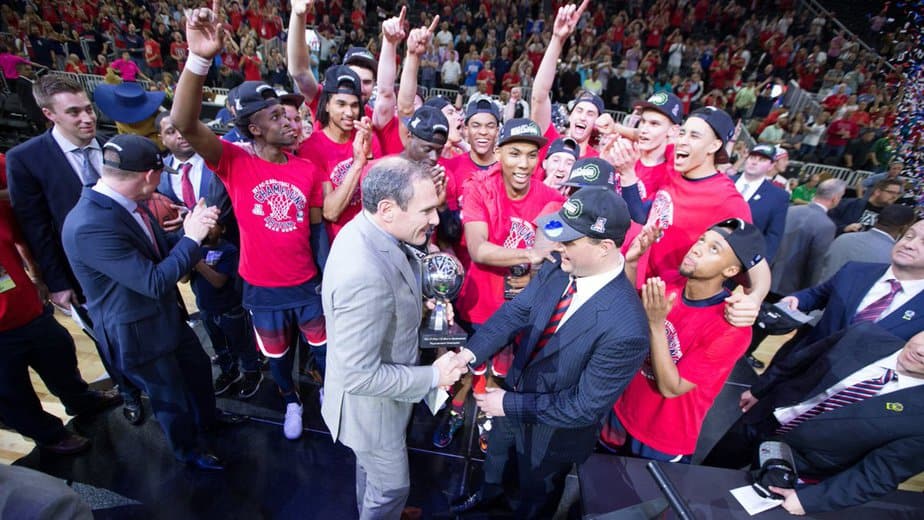 Whenever you have two top-10 teams face off, you can usually count on the game being a good one. Make that game a conference tournament final, and you amp up the intensity just a little bit more. Add in the fact that one team just might want to avenge an 85-58 shellacking they suffered at the hands of the other, and you have the recipe for one epic contest.

A recipe that was tempered just a little with the news that one superstar would not be playing. Oregon lost senior forward Chris Boucher for the rest of the season due to an ACL injury he suffered in the team’s win over Cal in the tournament semifinals. 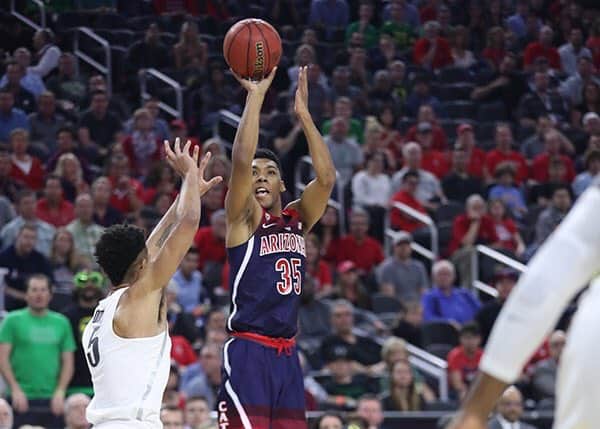 But the Ducks did not win as many games as they have because of one player. They still had a talented roster more than capable of taking down the Wildcats. But the Wildcats had another ending in mind.

Arizona took advantage of Boucher’s absence from the lineup and attacked the rim hard scoring 20 of their 35 first half points in the paint. Oregon’s offense struggled to get on track, and the Wildcats led at the break 35-29.

Arizona continued to press hard in the second half and managed to extend the lead out to 14 within the first five minutes. Oregon made a valiant effort to close the gap and gain control of the game down the stretch and managed to get within four points on several occasions, but the Wildcats wouldn’t allow them to get any closer.

That is, until the final minute of the game. Arizona held a 79-75 advantage heading into the final minute, but with 25 seconds left Jordan Bell pulled the Ducks within two with a layup. However, at this point in the game, the Ducks had to foul. Allonzo Trier made four to put the Wildcats up 83-77.

Ducks guard Tyler Dorsey closed out the scoring with a last second three-pointer to make the final 83-80, Arizona.

“I love the way our guys battled back,” Oregon coach Dana Altman said after the game. “Our guys really, really battled back, put ourselves in a position. We just didn’t get it done.”

When the two teams met earlier this season, the Ducks big win (85-58) was powered by an incredible night from three-point range (they made 16 of 25 attempts). Saturday night the Arizona defense limited them to just six of 22 from behind the arc.

The Ducks will likely still be one of the top-seeded teams in the NCAA tournament. But the loss of Boucher is going to hurt their chances of making a deep run. They’ll be able to account for his scoring (11.8 points/game; third on the team), but his defense will be hard to replace. You can’t just call for the next man up and expect him to average 2.5 blocks a game. 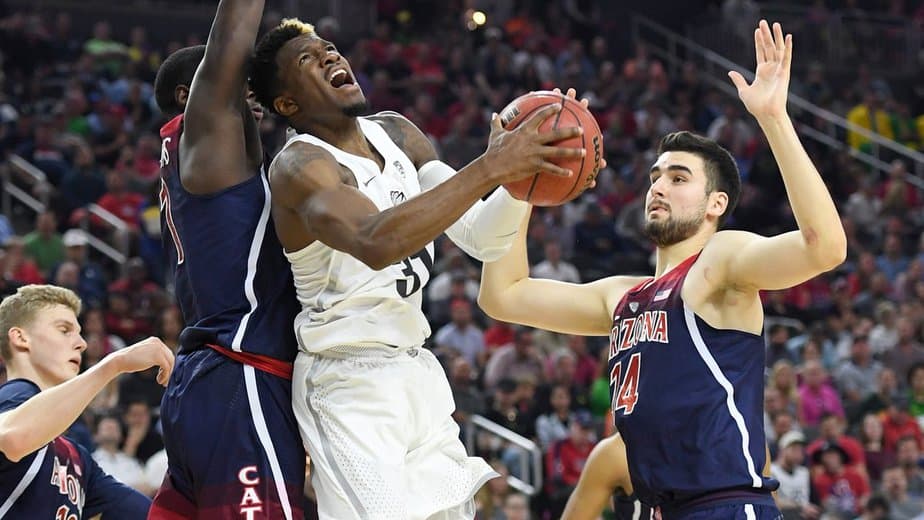 Arizona, on the other hand, should be feeling pretty good about themselves. If there was any doubt before, it should be gone now—they deserve to be a No. 1 seed. Not only are they the Pac-12 champions, but they took down two top-five teams in the process.