When the Indiana Pacers faced off against the San Antonio Spurs Monday night, they knew they would have their work cut out for them. They knew they would not get the same team that dropped a game the night before to the dysfunctional New York Knicks. They would get the resilient team that can figure out how to win whatever the circumstances may be.

They would have preferred to get the one that lost to the Knicks. That group they could beat—but not these Spurs. 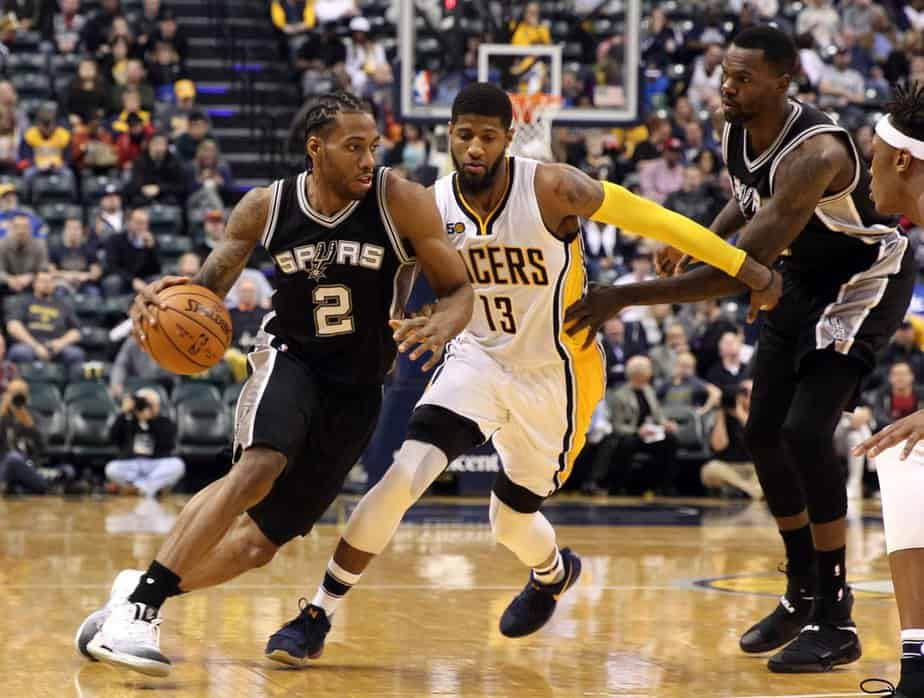 Kawhi Leonard led the way for San Antonio with 32 points (his fourth 30+ point night in a row), six rebounds, four steals, and three assists. LaMarcus Aldridge chipped in 19 points—10 of which came in the final 6 ½ minutes of the game—to lead the Spurs to a hard-fought 110-106 win over the Pacers.

The win improved the Spurs to 42-13 on the season and secured their 20th consecutive winning season, a new NBA record. They have not had a losing season since they drafted the now-retired Tim Duncan back in 1997 (20-62 in the 1996-97 season).

“They’re sharp,” Pacers head coach Nate McMillan said of the Spurs after the game. “This team doesn’t beat itself. This is a very efficient team offensively. They shoot the ball inside as well as at the 3-point line. They execute.”

Indiana certainly didn’t make it an easy one for the Spurs. They led by five after the first period, but San Antonio came back in the second to tie the score up at 49-49. For most of the second half, the game remained relatively close and saw the two teams trade the lead back and forth several times.

San Antonio appeared ready to take over the game when it took its largest lead of the night, 81-72, following an 11-0 run in the third quarter. But Indiana closed the period on a 7-2 to narrow the gap to 83-79 and then started the fourth on an 8-1 run to take an 87-84 lead. However, an 11-3 by the Spurs (fueled by Kawhi Leonard and LaMarcus Aldridge) late in the fourth period put San Antonio on top 105-100 with 52 seconds to play.

Paul George hit a three-pointer with 21-seconds left to get within three, 107-104, but Kawhi Leonard hit one of two free throws to give the Spurs a four-point lead and put the game out of reach.

Paul George had 27 points for the Pacers and Myles Turner chipped in 22 points in a losing effort.

It is not uncommon to see teams be a little worn down when they play back to back games on the road—but not the Spurs. They entered the game 8-0 in road games with no rest.

“It was a heck of a competitive game,” Spurs head coach Gregg Popovich said. “It was real physical and aggressive. I thought both teams played real well. I’m obviously thrilled with a win on the road. It could have gone either way.” 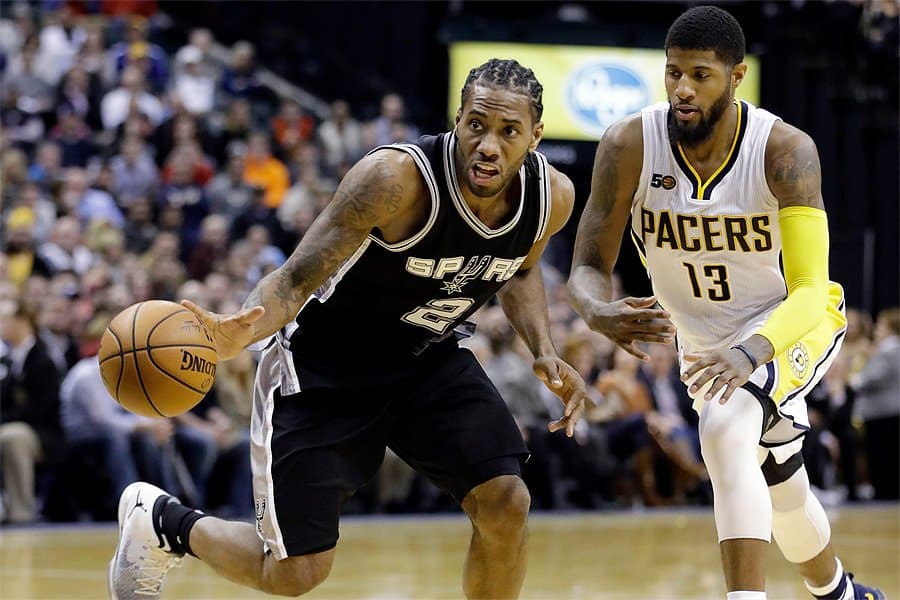