Things haven’t exactly gone well for the Indiana Pacers this season. At times, they have had trouble gelling as a team. This problem translated into difficulty winning games. For a team that was a perennial contender just a couple of years ago, it was frustrating to watch and even more frustrating for some of the players—like star forward Paul George.

In a recent article in the Indy Star, he commented on what the last couple months have been like:

“I was in a dark moment, a low moment,” he said. “I had a bunch of ankle injuries going on. The team wasn’t meshing well. The chemistry between myself and Jeff (Teague) wasn’t where it should’ve been. … I’m the guy who has to bring it on both ends, and I wasn’t feeling like I was capable of doing it physically. So it was wearing on me.” 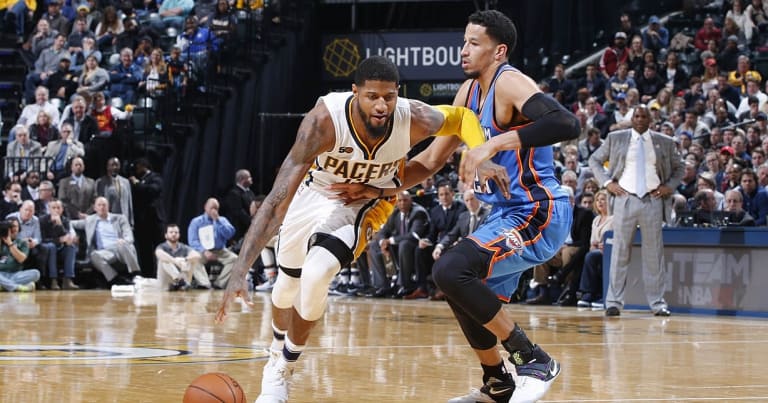 If Monday night’s game against the Oklahoma City Thunder is any indication, the Pacers may finally be getting on the same page.

The first half wasn’t great for the Pacers as the Thunder got out to a 52-41 lead. But the adjustments the Pacers coaching staff had the team make worked like a charm in the second half. The offense came out firing in the third period (32 points), and the defense clamped down on Russell Westbrook and the rest of the Thunder (18 points).

A Glenn Robinson III layup erased the deficit and gave the Pacers a 1-point lead, 67-66. The traded the lead back and forth a few times during the period, but entering the fourth, the Pacers held a 73-70 lead.

They stretched it out to nine points during the final period, but late in the period, the Thunder started to rally. A layup by Russell Westbrook with 2:04 on the clock pulled the Thunder within one, 91-90. But that would end up being the last shot the Thunder would make.

Paul George pushed the lead out to three with a 15-foot jumper with 1:20 to go. Westbrook got off three-point attempts down the stretch but wasn’t able to tie the game up.

“The first look Russell got was OK, the second was pretty good,” coach Billy Donovan said. “The goal would be for our team to play the way we did in the first half, to try to have a complete game like that.”

Paul George led the way for the Pacers with 21 points—15 in the second half–and eight rebounds followed by Jeff Teague with 17-points and Myles Turner who had 10-points.

Russell Westbrook came close to another triple-double with 27 points, 18 rebounds, and nine assists.

“He (Westbrook) might have gotten his numbers, but we got the win,” Jeff Teague said after the game. 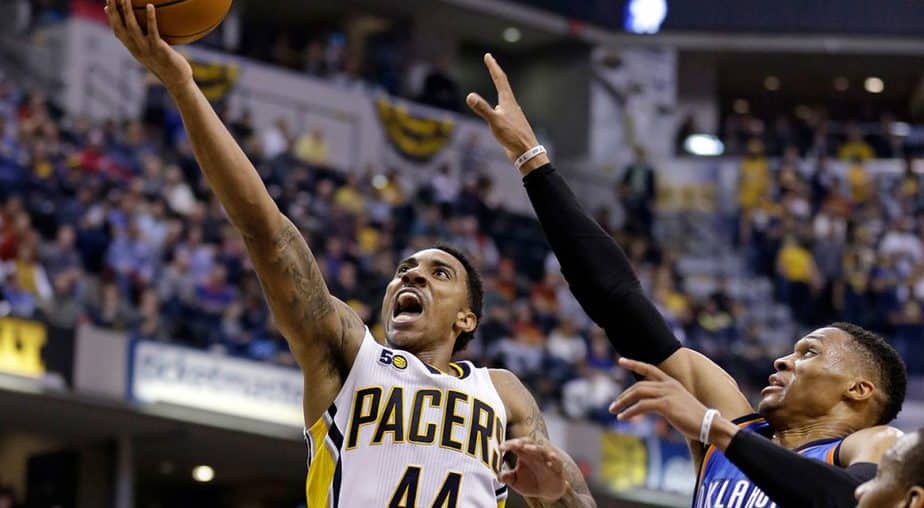 The win makes it seven in a row for the Pacers, their longest winning streak in two years, and improves their record to 29-22 on the season (currently the 6th seed in the Eastern Conference).

The Cleveland Cavaliers will be up next for both teams. Indiana gets to take them on Wednesday night while the Thunder will have to wait until Thursday night.