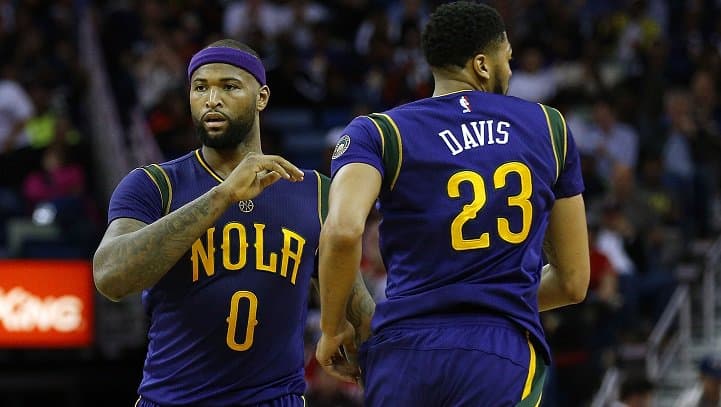 It had to happen eventually. The Pelicans were bound to win one with DeMarcus Cousins in the lineup. They hoped it wouldn’t take a couple of weeks—but it did. To be fair, they have played some good teams since Boogie Cousins joined the team. But they were bound to play a soft team eventually, and they finally did Sunday—the Los Angeles Lakers. But somehow, they still almost lost.

Everything looked good for the Pelicans in the first period as New Orleans got out to an early 26-20 lead. But a strong second period fueled by an 18-5 run saw the Lakers take a 59-55 lead into halftime. However, after shooting well in the first half (51 percent), the Lakers went ice cold to start the second half making just five of 22 shots.

Heading into the final period, it looked like the Pelicans were finally in control of the game. New Orleans had a 12-point lead, 85-73, and looked ready to finish this one off. But the Lakers had a different ending in mind.

New Orleans extended the lead out to 14-points, but then the Lakers mounted a spirited comeback and tied the game up at 97-97 with less than two minutes to play. Julius Randle tied the game up on his first free throw after being fouled by Cousins (his sixth) but missed the second.

But the comeback would end there. Randle’s free throw would be the last point scored by the Lakers. The Pelicans closed the game on an 8-0 run to make the final score 105-97.

“They did a great job of giving themselves a chance of fighting back into the game but made crucial mistakes the last minute or so,” Lakers coach Luke Walton said (ESPN). “The execution wasn’t great in the last couple minutes, but it was a good experience for them.”

The loss makes the Lakers 0-7 since the All-Star break. For the Pelicans, it improves their record since the break to 2-4—but only 1-4 with Cousins.

“It feels good to finally get one under our belt,” Cousins said after the game. “It eases some pressure.”

Anthony Davis led the way for the Pelicans with 31 points and nine rebounds followed by Cousins who had 26 points and 15 rebounds. Jrue Holiday chipped in 20 points and 12 assists. Cousins has recorded a double-double in each game since joining the Pelicans.

With 19 games to play and still 3.5 games behind the Denver Nuggets for the final playoff seed in the Western Conference. They play the Nuggets on March 26 and play playoff bound teams or teams competing for a slot in eight of the nine games before playing Denver. 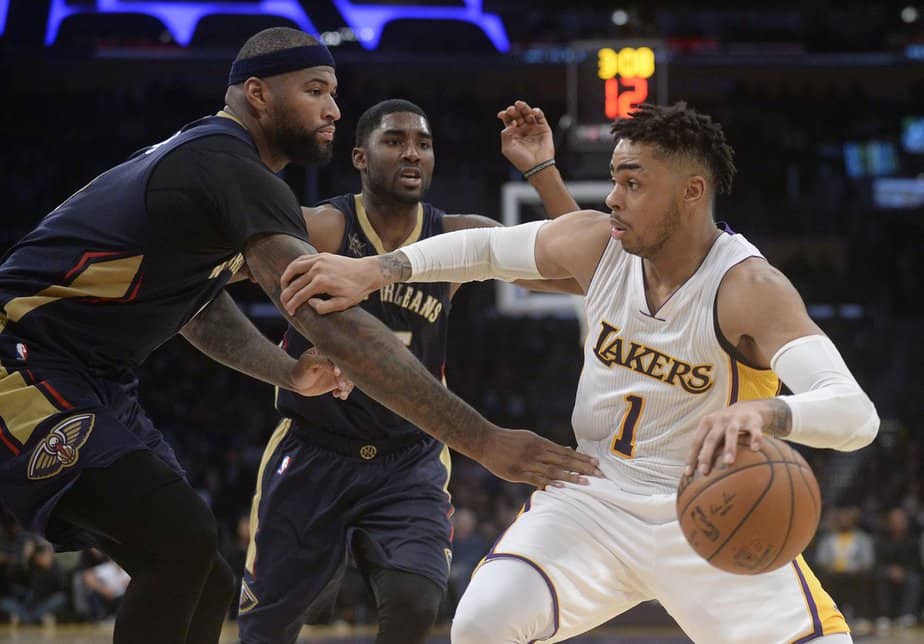 If they can’t get it done then, they’ll have two more shots at the Nuggets before the regular season ends (April 4 and April 7).

The Pelicans will have a tough one on their hands Monday night when they play the Utah Jazz. Los Angeles will have Monday night off before facing a surging Dallas Mavericks team Tuesday night.