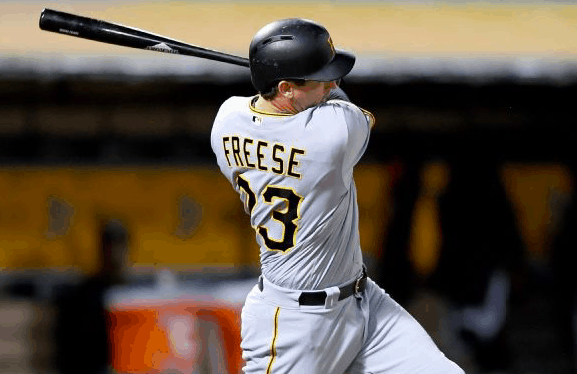 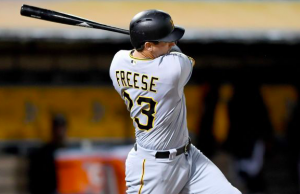 A slumping Pittsburgh Pirates lineup is losing another player for the foreseeable future. On Saturday, the Pirates placed third baseman David Freese on the 10-day DL with a strained hamstring. Freese originally injured the hamstring on Monday while running the bases and has not played since. The Pirates thought that he’d be able to return after a few days off, but after the 34-year old Freese took batting practice and infield practice on Friday, it was determined that he would still need more time to recover, prompting Pittsburgh to put him on the DL.

“Didn’t go as well as hoped,” Pirates manager Clint Hurdle said of Freese’s workout on Friday. The third baseman also confirmed that he could still feel pain in his hamstring while going through pre-game warmups on Friday.

Hurdle admits that putting Freese on the 10-day DL is a lot easier to do than having to commit to 15 days on the injured list in past years. However, Hurdle adds that there’s no guarantee Freese will be ready after his 10 days is up.

“Just because they’re hurt doesn’t mean their injury is going to go away in 10 days vs. 15. Hamstrings are tricky,” Hurdle said. “David is best suited just to take the time he needs to take to come back good, not OK, to come back in a good spot. He was in a very good spot for us to this point.”

Freese has been forced to take on a more significant role than expected this season because of the absence of Jung Ho Kang, who is dealing with legal troubles in South Korea, and the veteran has risen to the occasion. In 18 games, Freese is hitting .321 with three home runs and three doubles, posting a .954 OPS, far better than his .764 OPS a year ago. Along with Josh Harrison, Freese has helped carry Pittsburgh’s lineup early in the season, although unfortunately, the Pirates are still among the lowest-scoring teams in the National League.

Earlier this week, the Pirates placed jack-of-all-trades utility man Adam Frazier on the DL, also with a hamstring issue. Frazier has already played five different positions for the Pirates this season and would have been a possible fill-in for Freese if he were not also on the DL, putting the Pirates in a tough position.

The Pirates are likely to continue playing Harrison at third base on a regular basis while rotating among several options at second base. Since Freese went down earlier this week with his hamstring injury, Phil Gosselin, Alen Hanson, and newly promoted Gift Ngoepe have all started games at second base with Harrison holding down third base. Both Gosselin and Hanson have gotten off to a rough start offensively this year. Meanwhile, Ngoepe is off to a fast start during his first week in the big leagues.

On top of the open-ended absence of Kang and the injuries to Freese and Frazier, the Pirates are also without center fielder Starling Marte, who is serving an 80-game suspension for a positive PED test. The loss of those players has tested Pittsburgh’s depth early in the season, and right now, the Pirates don’t appear to have too many answers. The NL Central remains a tight division, but the Pirates are currently under .500 and struggling to find their way amidst a series of injuries and absences.