Pittsburgh Steelers-Indianapolis Colts Preview: Steelers Might Get Luck(y) On Thanksgiving 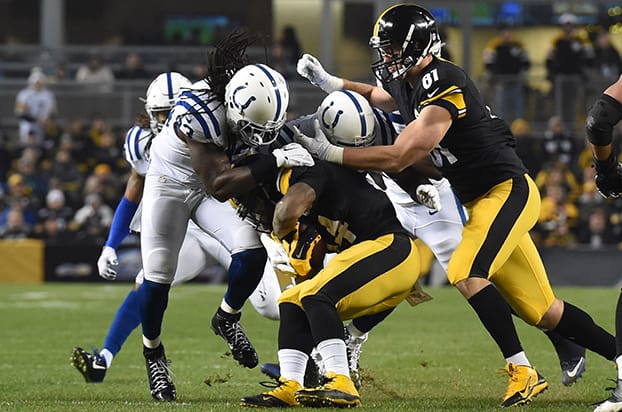 The Indianapolis Colts and Pittsburgh Steelers are probably hoping that come Thursday night/Friday morning they will have something every NFL team is thankful to have when they have it—a winning record. Both teams have struggled this season to varying degrees this season resulting in more losses than they are accustomed to having in a given season.

But with wins last week, each is hoping to put the struggles behind them and move forward with another win Thursday night—but there is more on the line than just notching another win.

Thanks to the Dallas Cowboys beating Baltimore, the win over Cleveland moved the Steelers into a tie for first with the Ravens in the AFC North. The Colts win over the Titans gave them sole possession of second in the AFC South, but Houston’s loss to the Raiders Monday night reduced the deficit from two games to one.

With the division and the playoffs within reach, each win is vital to achieving the ultimate goal of making the postseason. However, it appears that the struggles may not be over for the Colts. There is a very god chance Indianapolis will be without the services of their superstar quarterback, Andrew Luck, against the Steelers.

The team announced Monday that Luck would be entering the league’s concussion protocol due to a concussion he received Sunday against the Titans. If their next game was Sunday or Monday, chances are good he could have been cleared in time. But a Thursday night game? Probably not—which leaves Scott Tolzien the starter.

Tolzien has been a career back-up since entering the league in 2011. When he has played, he hasn’t been terrible, but he hasn’t been god either. He played in three games for the Green Bay Packers in 2013 where he completed 61.1 percent of his passes for 717 yards including a 339-yard effort against the Giants.

Not bad, right? Yeah, but he only threw one touchdown pass and threw five interceptions. In the third game—which was against the Vikings—he was pulled at the half after completing seven of 17 passes for 98 yards.

So–his track record is not stellar, and he hasn’t played in a meaningful game in three years, but he has done enough to stay on a roster for six seasons. Despite his inexperience and the reputation of his opponent, Tolzien isn’t worried—after all, he’s just playing a kid’s game:

“I don’t know if that’s who I am or who I’m not, but I think it’s really about the preparation and always remembering it’s a kid’s game,” Tolzien said about his mild demeanor. “I’ve played this game since I was seven years old when I started. You have to remember that always you still have to prepare but when game day comes, play like a kid and play it loose.” 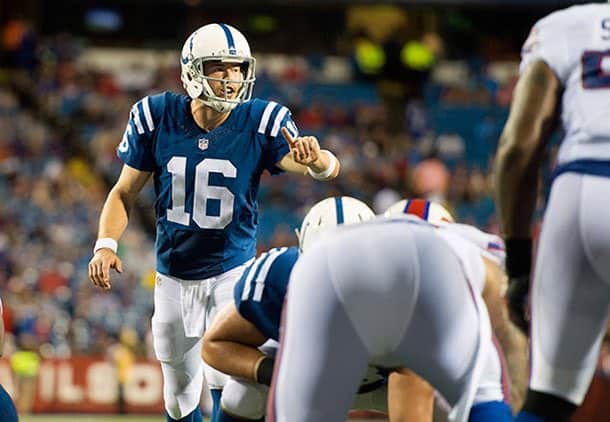 Many of the Steelers would not be surprised if Luck ends up playing. Ben Roethlisberger is one of the many that thinks Luck will, but he wouldn’t fault Luck for sitting out:

“The brain is nothing to mess with,” Roethlisberger told Indianapolis, reporters on a conference call. “He is young and has a long career ahead of himself.”

As much as the Colts need Andrew Luck, they are not going to want to risk damaging the team’s $140 million man. With as many times as Luck has been hit this season (Tennessee sacked him eight times), it would be foolish to risk further injury by throwing him back out to the wolves if he is not 100 percent.

With only three days between games, it would be shocking if Luck were to play. His absence, while significant, does not necessarily mean the game is already lost. The Steelers have not played well on defense this year, especially against the pass, which could work in Tolzien’s favor.

But Indianapolis will need its other stars to have their best games of the season to support their inexperienced quarterback. Even if they do, the Steelers are probably not too concerned about the Colts offense.

Why? Because if Tolzien does manage to lead them to a couple of touchdowns, Roethlisberger shouldn’t have any trouble leading the Steelers to more. The Colts defense is even worse at defending against the pass than the Steelers are, and Pittsburgh has some of the best offensive playmakers in the NFL in Roethlisberger, Antonio Brown, and Le’Veon Bell.

Indianapolis will have a shot if the Steelers play like they did against Cleveland last week. But if the Steelers bring their “A” game—or at least their “B” game—this one will be over by halftime.