"Mr. Price has been given the "Billy Walters treatment" by the betting establishments in the Las Vegas area, due to his distinct ability to pick winners and cost casinos millions."
Home
Football
Playing Under The Franchise Tag Is The Best Thing For Kirk Cousins And The Washington Redskins

However, while it may not have been good for him, the franchise tag is the best thing that could have happened to Washington Redskins quarterback Kirk Cousins. How could that be? Because it gives him the best chance to make the most money and control his own fate. 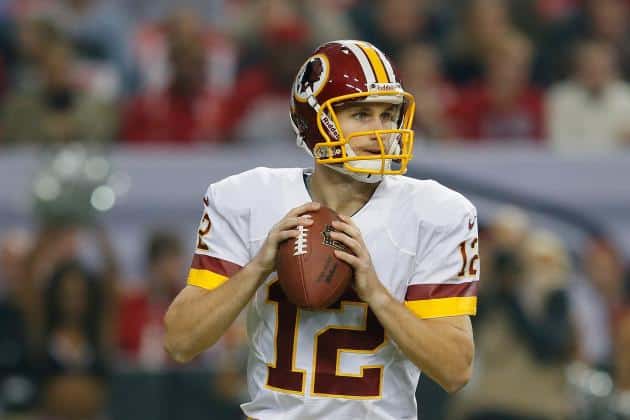 Before the 2015 season, Cousins was not entirely an unknown commodity, but he had not played well enough to keep the position. However, with the franchise tired of waiting for the old-playmaking Robert Griffin III to appear, they benched the former first round pick for Cousins.

For the first six weeks, it looked like the Redskins might need to come up with a “Plan B” at quarterback. Cousins played better than RG3, but he didn’t play well. Then came the Tampa Bay game that gave birth to the infamous “You Like That?” phrase.

From that point on he looked like the kind of guy you wanted leading the offense of your team. The New England Patriots defense brought him back down to Earth the week after the Tampa Bay game but in seven of the last nine games of the season he had a quarterback rating of well over 100.

While the Redskins had to be happy about his emergence and their first division title since R3’s rookie season, they were faced with a dilemma. Cousins played like a guy you wanted to keep, but only for about half a season. How do you decide what to pay him?

Cousins, of course, would point to the last half of the 2015 season and say he’s finally found his groove. While the Redskins should be skeptical, they should also have faith in their quarterback and believe that he will pick back up where he left off when the 2016 season kicks off.

Rumor has it that internally, the team does believe he will do just that. However, that does not mean they are ready to sign him to a big-money, long-term contract. So they made him an offer that was good, but not great–$24 million guaranteed with an average salary of $16 million.

Cousins wanted more. The Redskins wanted more proof that he deserved it. The only way for both sides to get what they want is for Cousins to play under the franchise tag for the 2016 season.

Can’t complain too much about a 2923 percent raise—right? As nice as that is, Cousins can’t be too happy about the lack of security. If he gets hurt, he’ll be lucky to get a long-term deal worth $19.95 million total let alone $20 million a season.

But it is the cost of doing business.

Should Cousins take care of business and prove last season was not luck but the new status quo, he will be able to write his own ticket. He will not have to worry about the franchise tag again and will be able to test the open market if he wants to.

Someone will make him an offer he can’t refuse if Washington doesn’t—and when it happens he scan scream “You like that?” all the way to the bank.