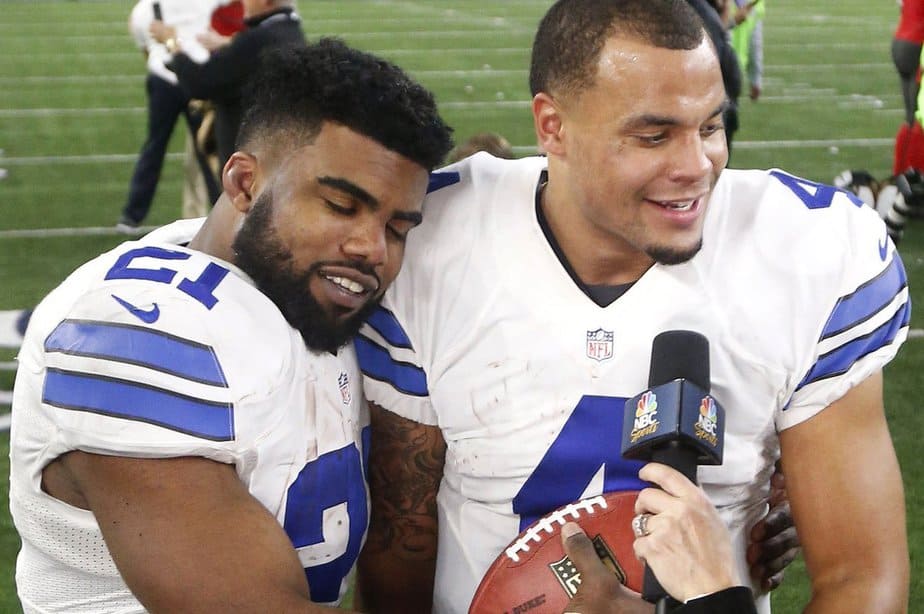 Free agency has died down, and the draft is over so more than likely teams are as good as they are going to get. But with the Hall of Fame Game (assuming it gets played this year) still weeks away, fans will have to make due with a lot more talk and speculation. That, and the occasional clip of guys running drills in practice (exciting!).

So, at this point of the year, there is not much for fans to do but talk about what teams are going to get better, who is going to get worse, and how many games everyone is going to win.  With roster losses and additions changing the makeup of several teams, the fate of many will be different from what it was last season—some more so than others.

Vegas has already come out with early win total predictions for the 2017 NFL season. Are they off? Spot on? Too generous? Too pessimistic?

Dallas Cowboys—9.5 (13): Last season everything worked out for Dak Prescott. It helped to have a guy like Ezekiel Elliot running the ball, but the Cowboys still needed a passing game good enough to force defenses not to stack the box against the run too much. For Dallas to do as well this season, they are going to need Prescott’s game to evolve.

It wouldn’t hurt if the defense could do a better job but with the free agency defections, they are going to be forced to rely on their draft picks early and often. Fans shouldn’t expect another 13-win season, but 11 is entirely possible.

New York Giants—9 (11): Eli Manning is an okay quarterback on a good day—but he doesn’t always have good days. New York’s running game was terrible last season but might not be half-bad this year if Wayne Gallman can make an early impact. The defense will keep them in a lot of games, but fans shouldn’t expect too much. Yes, they have playmakers on offense, but it still stinks.

Nine wins next year is the ceiling. Don’t be shocked if they only win seven.

Washington Redskins—7.5 (8): Kirk Cousins has helped the Redskins develop an incredible passing game, but he lost his best two receivers. They are going to have to hope Jae Crowder and Josh Doctson can step up. Samaje Perine will give the running game a much-needed boost.

But with so much uncertainty surrounding the passing game, it is hard to imagine them winning more than eight games.

Philadelphia Eagles—8.5 (7): Carson Wentz was in way over his head last season. With a full training camp as the No. 1 guy, he should be a lot better. It will not hurt that he will have a few better pieces surrounding him in rookie wide receivers Mack Collins and Shelton Gibson as well as running back Donnel Pumphrey.

The defense was good last season and should be as good if not better this season. Look for the Eagles to challenge the Cowboys for the East crown and win ten games. 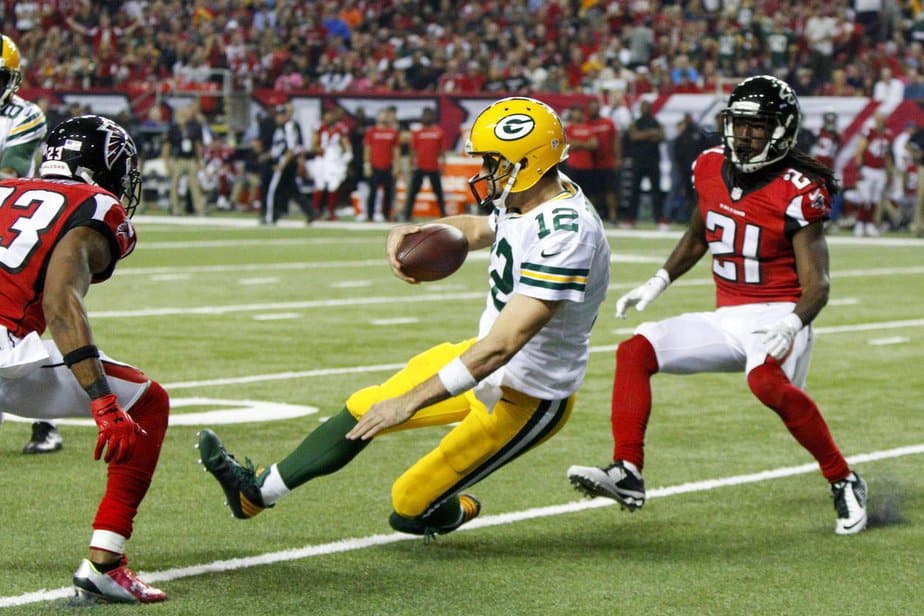 Green Bay Packers—10 (10): As long as the Packers have Aaron Rodgers they are going to be competitive. How competitive will depend on how healthy his receivers stay. It wouldn’t hurt to get a running game, but fans shouldn’t expect big things out of Ty Montgomery. One of the three running backs they drafted—BYU’s Jamaal Williams, UTEPs’s Aaron Jones, or Utah State’s Devante Mays–could be just what they need.

They drafted a lot of help for the defense but what will help them the most is playing in a weak division. The Bears will be terrible again, and the Vikings and Lions will be lucky if they are mediocre. Ten wins sound about right for the Pack.

Detroit Lions—8 (9): It is a small miracle the Lions won nine games last season. Their running game is terrible, and their defense is not that good either. One-dimensional teams typically don’t win as much as they did—but they were the masters of the fourth quarter comeback. Eight of their nine wins came by a touchdown or less.

They could have easily been 4-12 last season. The Lions will get close to eight this season because the Bears and Vikings are going to stink again, but six is a more realistic number.

Minnesota Vikings—8.5 (8): Latavius Murray and Dalvin Cook should give the Vikings a running game, but they will not do much if the offensive line can’t stay healthy. Sam Bradford is a decent quarterback, but the Vikings struggled to find any consistency in the passing game last year. They were at their best when they threw the ball to Stefon Diggs a lot, but failed to target him week to week consistently.

Stacey Cole could end up being a hidden gem in the seventh round. The defense will keep them competitive, but the offense will likely be as inconsistent this year as it was last year. Eight wins will be a good season for them.

Chicago Bears—5 (3): Mike Glennon is a huge question mark. He gets a lot of good press but for no apparent reason. When he has played, he has not been that good—and there really isn’t a good option for the Bears at QB. They really didn’t do a very good job of addressing their needs in the draft. Teams are going to load the box against Jordan Howard and make the Bears win through the air—but they will not be able to.

Vegas says five but don’t be surprised if they win only three. 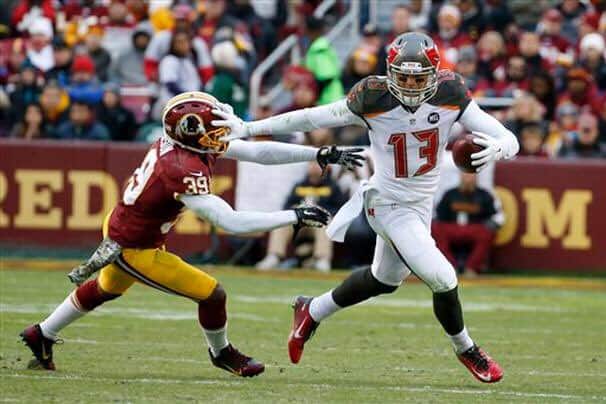 Tampa Bay Buccaneers—8 (9): Jameis Winston started showing his potential last season and should do even better with rookies O.J. Howard and Chris Godwin in the lineup. Tampa Bay’s defense is okay but the Buccaneers will need Doug Martin to find his groove again if they are going to become a playoff contender.

Nine wins are possible for this season, but the rest of the division got better and will not make it easy.

New Orleans Saints—8.5 (7): The Saints are going to be an interesting team. They have one of the best passers in the NFL, but they appear determined to run the ball. But Mark Ingram is not that good, and there is no telling if Adrian Peterson has anything left in the tank.

However, seven of their nine losses were by a touchdown or less. They could have easily won 12 games last season. Will they this year? No. The defense is still not very good, and there is no telling what they will try to do on offense. With the rest of the division also improving, look for the Saints to finish with seven wins.

Carolina Panthers—9 (6): The Panthers defense is not as good as it was during the Super Bowl run but it is still pretty tough. The offense should be better once they get Christian McCaffrey and Curtis Samuel worked into the game plan. The sooner opposing teams have someone to key on other than Cam Newton, the better.

The Panthers will be a better team than they were last year but the same can be said for the rest of the division. So—who made the best additions? Not Carolina. They will not win nine games; seven maybe but not nine. 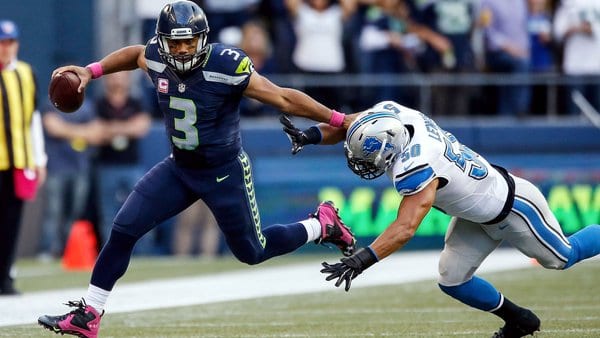 Seattle Seahawks—10.5 (10): Even with Russell Wilson battling injuries and the offensive line leaking like a sieve, the Seahawks won ten games. The rest of the teams in the division improved, but not so much that they will be able to challenge Seattle for the division crown. Between the three running backs Seattle has, the offense should have a good power running game again.

But can they win 11 games? Absolutely—with a running game not powered primarily by Russell Wilson, I’ll say 12.

Arizona Cardinals—7.5 (7): Their success will depend entirely on what Carson Palmer can do. For some reason, he seemed to struggle to get the offense on track. If Palmer can get the passing game going, David Johnson will take care of the running game. Five of last season’s losses were by a touchdown or less.

Look for them to win a couple of those games this year and up their win total to nine games.

Los Angeles Rams—5.5 (4): If the offensive line can protect Jared Goff and open a few running lanes, this team could actually be good next year. The defense is great as long as it isn’t on the field too much. If Todd Gurley can get a little running room and Jared Goff can connect with Josh Reynolds and Cooper Kupp, the Rams could be fun to watch.

They aren’t going to the postseason this year, but six or seven wins could be possible.

San Francisco 49ers—4.5 (2): Their horrid defense still isn’t going to be very good. They still don’t have a quarterback, and the receivers are sub-par at best. They’ll be lucky to win four; expect three.