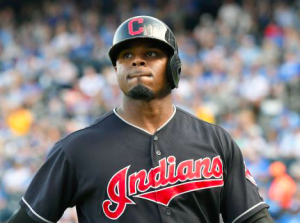 The Oakland Athletics have agreed to a one-year deal with outfielder Rajai Davis. The deal, which was announced by the team Tuesday night, is worth $6 million plus incentives. Davis previously played in Oakland from 2008 to 2010 and had arguably the best season of his career as a member of the A’s in 2009.

The 36-year old Davis spent 2016 with the Cleveland Indians, who will be sad to see him go. Davis became a regular contributor in Cleveland’s outfield last season, particularly with Michael Brantley missing most of the season with a shoulder injury. He nearly became a World Series hero for the Indians, as Davis hit a home run against Aroldis Chapman that sent Game 7 to extra innings, although the Cubs ultimately won. The Indians would have loved to bring back Davis in 2017, as he would have filled a need they still have, but it’s likely that Cleveland doesn’t have the money to match Oakland’s $6 million offer.

Despite Davis being at what most would consider to be a rather advanced age for a baseball player, he has held up well over time. Davis accumulated the second most plate appearances of his career last season, and as evidenced by his homer against Chapman, he was still going strong deep into October, and so the A’s should feel confident that he has plenty left in the tank. Davis also hit a career-high 12 home runs last season and managed to steal 43 bases, his highest total since 2013, so much of the speed that helped him break into the majors is still there.

Most importantly, Davis provides the A’s with a reliable option in center field. Before the signing, Jake Smolinski was penciled in to be Oakland’s primary center fielder in 2017. While Smolinski showed some progress offensively in 2016, Davis is a more reliable option if Smolinski can’t take a step forward. The A’s would prefer Smolinski to take the job and run, but there’s no guarantee that he will, making the presence of Davis important.

Even if Smolinski does prove himself worthy of regular playing time in center field, Davis’ ability to play both corner spots also adds much-needed depth to Oakland’s outfield. Matt Joyce, who was signed as a free agent earlier this offseason, and Khris Davis are the best corner outfielders the A’s have on their roster. However, there’s little depth behind them, which could be problematic, as Davis may end up spending a lot of time serving as Oakland’s DH in 2017.

In addition to Smolinski, the A’s are hopeful that Brett Eibner, who was acquired last season from the Royals, and Matt Olson, a former first round pick, are able to become consistent contributors. If not, Davis figures to become an every day player somewhere in Oakland’s outfield.

Among the center fielders on the free agent market, Davis was one of the best the A’s could have hoped to sign before the season, and so this is a positive move for Oakland. It doesn’t change the perception that the A’s are likely to finish last in the AL West this year, but it does give Oakland a chance to put a more respectable outfield on the field this season. The A’s still have some money available to make more moves before the season, and the addition of Davis is certainly a step in the right direction.