Rangers Lose Hamilton For Season, Choo and Stubbs to DL 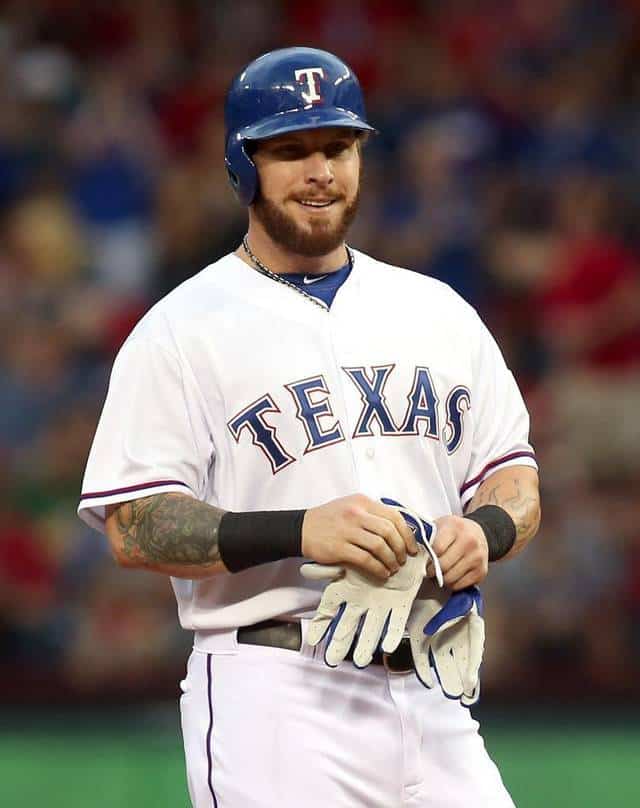 The Rangers lose Josh Hamilton for the year.

The Texas Rangers are about to get Yu Darvish back to help their starting rotation, but the team’s outfield remains plagued by injuries. On Monday, the team announced that they will be without Josh Hamilton for the remainder of the season, and that Shin-Soo Choo and Drew Stubbs have been placed on the DL.

Hamilton has not appeared in the majors all season due to a knee injury and managed just two at bats in a minor league rehab game in late April before being shut down. The Rangers did not have high hopes for him coming back this season and making an impact, and so Monday’s announcement that Hamilton will have season-ending knee surgery next month does not come as a shock. Hamilton remains under contract through the 2017 season, and by all accounts the 35-year old intends to play next year.

Meanwhile, Choo is back on the DL after playing just one game since a calf strain early in the season put Choo on the shelf for 40 games. He returned Friday, only to hurt his hamstring. After giving him a couple days to recover, the Rangers put him back on the DL Monday and hope he will only miss three to four weeks, although it’s possible he could be out longer. On the season, Choo has appeared in just six games.

As for Stubbs, he suffered a toe injury running the bases in Sunday’s game. Stubbs has been with the Rangers for a little over two weeks after being released by the Atlanta Braves earlier this year. He had acquitted himself well in 10 games with the Rangers, who needed him to provide some depth with all of the other injuries in their outfield.

To cope with the injuries, the Rangers have called up Joey Gallo and Jared Hoying. Gallo is a pure power hitter who can play any of the four corner positions. He has as much power as any hitter in the majors, but struggled to make contact during his time with the Rangers last year, hitting just .204. He was hitting .265 with eight home runs in 24 games at triple-A this year. As for Hoying, he has spent parts of the last four seasons in triple-A and finally made his major league debut Monday night. He’s a good candidate to replace Choo on the roster, as he is a left-handed hitter with a fair amount of power who’s capable of playing any outfield position.

The silver lining to all the injuries in the Texas outfield has been the play of rookie Nomar Mazara, who is hitting .303 with six home runs since getting called up when Choo was originally put on the DL in April. As it stands now, Mazara has right field locked down with Ian Desmond and Ryan Rua playing center field and left field, respectively. Desmond has gotten hot offensively after a slow start, but remains inexperienced defensively, which could open the door to Hoying to earn time in center field. Gallo may see some time in left field in place of Rua, at least against right-handed pitching.

If nothing else, the Rangers do have options in their outfield despite all the injuries. However, short of bringing Delino DeShields Jr. back to the majors after his demotion earlier this season, Texas is all but out of outfield reinforcements in the minors until their injured players are ready to return. They now know for sure that Hamilton won’t be back, and while Stubbs figures to be back sooner rather than later, it’s very much a wait and see approach for Choo, which should make the Rangers at least a little nervous with the composition of their outfield going forward.