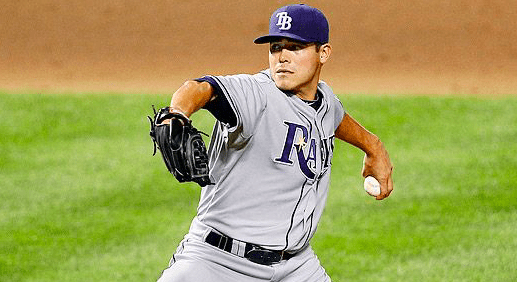 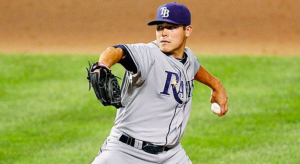 Trade speculation is heating up all around baseball with a little more than two weeks until the August 1 trade deadline. One of the most talkative teams in recent days has been the Texas Rangers, who are looking for pitching help amidst a recent skid that has lasted for much of July. The most recent reports have the Rangers talking to the Tampa Bay Rays about starting pitcher Matt Moore, among other pitchers.

Reports that surfaced late Saturday describe the Rangers and Rays involved in “ongoing trade talks” centered around Moore, although nothing is “imminent.” Texas has reportedly inquired about some of Tampa’s bullpen arms as well, although the Rays have the second worst bullpen in the American League. Earlier this month, the Rangers were said to have interest in Rays starter Jake Odorizzi and Drew Smyly. There’s no word on whether Odorizzi and Smyly have been discussed in the most recent trade talks between the two teams.

News of Texas having interest in Moore comes just a couple days after the Boston Red Sox acquired Drew Pomeranz from the San Diego Padres. The Rangers were said to have been interested in Pomeranz, who many viewed as the top starting pitcher available on the trade market this summer. After missing on Pomeranz, the Rangers seem to be turning their attention towards other trade options.

The Rangers welcomed Yu Darvish back from the DL on Saturday, but with Colby Lewis and Derek Holland on the DL for the foreseeable future and Darvish somewhat questionable from start to start in the early stages of his return from Tommy John surgery, Texas is definitely in the market for a starting pitcher. The Rangers also covet relief pitchers, as the Texas bullpen has the highest ERA in the American League.

Moore has had an up and down season, but he’s come on strong over the last six weeks, perhaps finally coming around after undergoing Tommy John in 2014 on the heels of an all-star season in 2013. He pitched 7.1 innings against the Baltimore Orioles on Saturday, allowing two runs on five hits, a performance that only helped his trade value. Moore would not just be a short-term move either, as he has club options for the next three years, starting with a $7 million option for 2017.

In addition to the Rays, reports coming out Sunday morning indicate the Rays have had talks with the Padres about Andrew Cashner, who will be a free agent after the season and holds a 5.05 ERA in 14 starts this season. Cashner may be considered more of a backup plan if the Rangers can’t make a trade for one of Tampa’s pitchers.

Texas also appears to have its eye on lefty reliever Andrew Miller. The New York Yankees may be reluctant to trade Miller unless they are blown away with an offer, as he has two years left on his deal. Of course, the Rangers do have one of the best farm systems in baseball, which could help them make the Yankees a substantial offer. Also, adding Miller would be a massive acquisition for the terrible Rangers bullpen.

It seems inevitable that the Rangers will make a trade for at least one starting pitcher and at least one reliever before the August 1 trade deadline. Moore and Miller appear to be among their top targets, but they are far from their only target. Who Texas ends up trading for remains to be seen, but it’s almost impossible to envision them not making a move or two to help their pitching staff over the next two weeks.