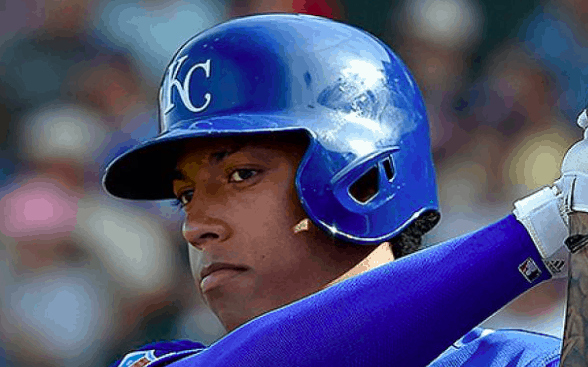 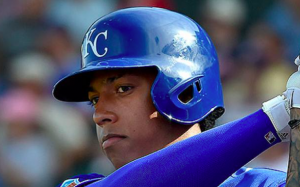 Heading into spring training, nearly every position in the Kansas City Royals lineup was spoken for except second base, where there was a wide-open competition among four players. In the end, the least likely player to win the job at the start of camp, Raul Mondesi Jr., ended up winning the job. Royals manager Ned Yost announced Monday that Mondesi has won the job and will be the team’s starting second baseman when the 2017 season gets underway next Monday.

The 21-year old son of a former major leaguer has had an unusual route to this position. He made his big league debut during the 2015 World Series, the first player to make his debut in the Fall Classic. However, he was sent all the way back to double-A at the start of 2016 and would go on to serve a 50-game suspension after testing positive for a banned substance. He returned to the Royals in late July but hit just .185 in 135 at-bats.

After all that, Mondesi was a bit of an afterthought for the second base job this spring, behind more experienced players like Whit Merrifield, Christian Colon, and Cheslor Cuthbert. But Mondesi ended up surprising everyone by winning the job.

“He went from, in our mind, day one of spring training, going back to Class AAA, to outright winning the job,” Yost said Monday.

Mondesi has hit .378 with three home runs in 45 at-bats during the Cactus League season, far exceeding the production of Merrifield, Colon, and Cuthbert this spring. However, Yost says that he’s cared more about the eye test this spring, and in that area, Mondesi has also stood out from the pack.

“I don’t even look at the numbers,” Yost said. “For me, I knew this kid was talented. But he had to mature and grow up and believe in his abilities.”

Whether Mondesi can keep hitting during the regular season the way he has during the spring remains to be seen. However, seeing as he’ll likely hit towards the bottom of the lineup, that’s less of a concern for Kansas City. The Royals are more concerned with how Mondesi can impact games in other ways, specifically his speed and defense.

“As long as he realizes that all he has to do is do something every day to help us win a game,” explains Yost. “It’s not about the batting average. It’s about the defense. It’s about the base running. Maybe putting down a bunt. Maybe it’s getting a hit and stealing second.”

The young Mondesi says that instead of taking big swings and trying to be the power hit his father was, having 271 big league home runs to his name, he has embraced “small ball” this spring. Focusing on doing the little things suits Mondesi’s skill set perfectly, and it appears to have earned him a full-time job in the majors at age 21.

“I work a lot in the offseason, so I never put my head down,” Mondesi explains. “I just came here and kept working hard and doing my little things.”

As for the other second base candidates, Cuthbert still figures to make the team as a backup at third base and right-handed DH complement to Brandon Moss. Meanwhile, Merrifield and Colon are poised to battle it out for the final spot on Kansas City’s bench, although Colon figures to have the upper hand, as Merrifield still has minor league options while Colon doesn’t.

As for Mondesi, Kansas City’s long-term plan may still involve him being the team’s shortstop of the future, as Alcides Escobar is likely to leave in free agency next winter. In the meantime, Mondesi will get a head start on being an everyday player in the majors as Kansas City’s starting second baseman in 2017.