One doesn’t get into politics for the money, but on occasion, there can be a benefit to public service—at least for those who work in the mayor’s office in Houston. Why? Their boss, Sylvester Turner, won a bet he had with Chicago’s mayor, Rahm Emanuel.

What was the bet? 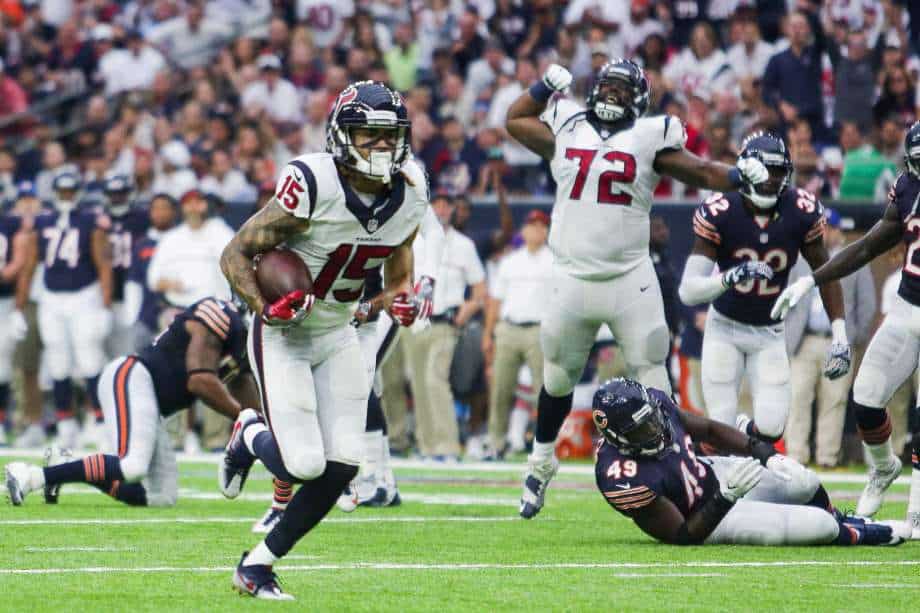 To the winner would go the spoils—food. Chicago would get brisket from Houston and Houston would get pizza from Chicago. With a win over the Cubs Friday and one by the Astros Saturday, the winner of the bet would come down to whoever won the Texans-Bears game.

Houston was favored heading into the game, but the Texans offense had a lot of new parts. New parts take time to get on the same page; more than what practice and the preseason provides. It was inevitable that mistakes would be made.

From comments Osweiler made after the game, it appeared as if head coach Bill O’Brien coached the team on what to do when mistakes occurred:

“You can’t live and die on one play. It’s always, ‘Play the next play.’ What happened on a previous play doesn’t matter. You’ve got to forget about it and move forward. That’s what we did as an offense and a team,” Osweiler said.

“There was nothing about the game that was perfect, but we just kept playing. We made the big plays when we needed to.”

With the way much of the first half went, the Texans certainly had to put the concept to work. Osweiler threw an interception on the opening drive, rookie wide receiver Will Fuller dropped a sure touchdown; the defense lost Brian Cushing to a knee injury, and the unit allowed the Bears to score on two long touchdown drives and take a 14-10 lead at the half.

Whatever O’Brien and defensive coordinator Rome Crennel said at halftime certainly lit a fire under the defense. It opened the half with an interception (which lead to a field goal) and went to hold the Bears to just 71 yards and four first downs in the half.

Fuller made up for his earlier drop with an 18-yard touchdown reception in the third quarter to give Houston the lead for good. The Texans would tack on a field goal on their next possession to make the final score 23-14.

Much like last season, the defense carried the game for the Texans, but the team’s new additions on offense played well. Osweiler completed 22 of 35 passes for 231 yards, two touchdowns, and an interception. Lamar Miller carried the ball 26 times for 106 yards.  Rookie wide receiver Will Fuller had the first 100-yard receiving game by a rookie in franchise history (five receptions for 107 yards, one touchdown).

J.J. Watt, who has been out while he recovered from back surgery, played 88 percent of the team’s defensive snaps. While he did not record a sack, he did apply a lot of pressure on Jay Cutler throughout the game. Even without Watt getting to Cutler, the unit still recorded five sacks.

So much like the offense, the defense can play better. Both will need to if the team is going to avenge last season’s playoff loss to Kansas City next when the Chiefs come to town. Chicago will try to rebound against Carson Wentz and the Philadelphia Eagles.