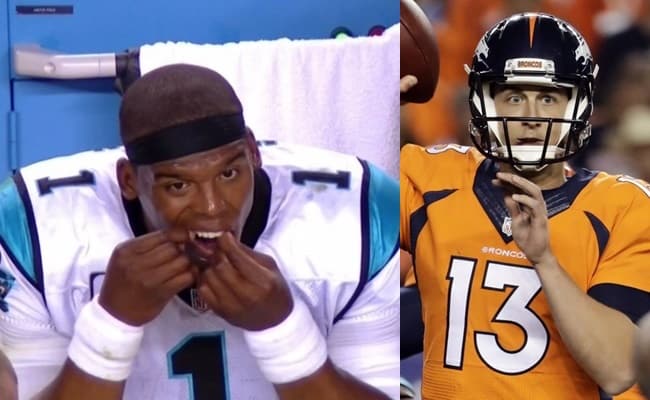 Much like the Super Bowl, most NFL fans just hope that the first game of the season is a good one. If you are a fan of one team or the other you want your team to win, of course, but for most of us—we just want to see a good football game.

The Denver Broncos and Carolina Panthers certainly provided fans with one Thursday night.

Many looked at the contest as a rematch of the most recent Super Bowl contestants and it was—but at the same time it wasn’t. Yes, the Broncos and Panthers were both in the Super Bowl last year, but both have lost and added personnel since then—most noticeably the quarterback for the Denver Broncos.

The Peyton Manning Era is over, and when the Broncos offense took the field, the Trevor Siemian Era began. There were plenty of reasons to doubt if he could handle the pressure. According to the Broncos, he was Mr. Calm, Cool, and Collected, but until he gets on the field in the regular season, how can you know.

Now that he has, it is easy to say that Trevor Siemian is ready to be the man in Denver.

Even though his first drive ended in a fumble and his second an interception, he did get the offense moving and made some excellent throws. On his third drive, he finally guided the team to the end zone on a five-play drive that ended with fullback Andy Janovich making a nice 28-yard run.

Siemian looked good, but the first half belonged to Cam Newton. His offensive line did a decent (but not great) job of protecting him which allowed him to guide the team on an eight play, 71-yard touchdown drive that ended with a touchdown pass to Kevin Benjamin.

Denver’s defense did its job on the next drive, but after Janovich had tied the game up in the second quarter, Newton took the Panthers on an 18-play, 89-yard drive that he finished off himself with a two-yard dive into the end zone.

With the dive he broke a pair of records previously held by former San Francisco 49ers great Steve Young–most rushing touchdowns (44) and the longest streak with a rushing and passing touchdown.

Carolina took a 17-7 lead into the half, but it didn’t take long to see that whatever adjustments the Broncos talked about at halftime worked. The Panthers recorded all of 13-yards on their first four drives of the half (that ended with three punts and an interception).

With the defense shutting down Cam Newton–who at one point in the second half had to floss on the sideline because he had some oranges during halftime–the offense needed to hold up its end of the bargain for Denver to bring this one home. On the first play of the fourth quarter, the Broncos pulled within three when C.J. Anderson scored from 25-yards out on a perfectly executed screen pass.

The defense did its part on the next drive by setting the offense up in great field position after making an interception. Carolina’s defense made them work for it, but on the tenth play of what ended up being a 23-yard drive, C.J. Anderson finished it off with a one-yard touchdown run.

But the Panthers were not done. Cam Newton responded with a 10-play, 57-yard drive that ended with a field goal to close the gap to one. The Panthers defense forced a three and out, and the Panthers had another chance.

With three minutes to play, the Panthers ran 11 plays with hopes of getting into range for a game-winning kick. They were aided by a couple of penalties along the way—many people on social media felt like they should have gotten a couple more penalties with some of the blows Cam Newton took, but the refs only called one (that offset since due to an intentional grounding penalty).

In the end, the Panthers got into position to attempt a 50-yard game winner—but Graham Gano failed to kick it through.

After the game, several Panthers complained about Newton not getting calls after getting hit in the head. Greg Olsen felt that Newton wasn’t being treated like a quarterback—but there were several occasions where he was a runner (but not enough to excuse all the hits to the head).

To his credit, Newton refused to blame the loss on a lack of calls or anything else.

Next up for Denver will be a much easier defense at home, the Indianapolis Colts. Carolina will look to get on track against the San Francisco 49ers.