Recap: No. 5 LSU vs. Wisconsin–No Lambeau Leap For Les Miles And LSU

Before Saturday’s season opener against the Wisconsin Badgers at Lambeau Field, the biggest concern LSU fans had was whether Les Miles actually would leave someone behind if they attempted a “Lambeau Leap” after scoring. After the game, it appears that they may have to worry about what the rest of their season may look like.

LSU came into the game with an offense that pretty much counted on running back Leonard Fournette. After a sophomore season that saw him rack up close to 2000 yards on the ground, it is not hard to understand why—but there was one problem with that strategy. 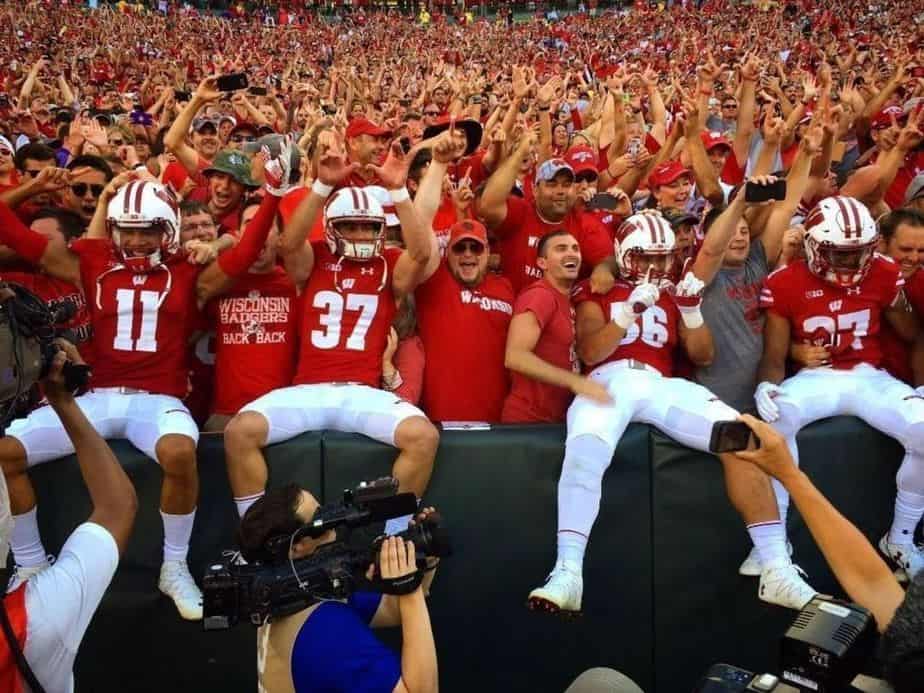 Yes, Fournette is awesome. Les Miles knows it. LSU fans know it. It isn’t a state secret—which is the problem. Everyone knows what a beast Fournette is, and they also know that the LSU passing game is terrible.

Want to stop LSU? Your best chance is to slow down Fournette as much as you can (because you can’t stop him) and force the Tigers to pass–which is what the Badgers did.

Wisconsin held Fournette to just 35 yards rushing on 11 carries in the first half (LSU ran just 21 plays in the half). Brandon Harris wasn’t able to pick up the slack completing just three of seven passes for 38 yards with an interception.

The second half was better for the Tigers. Fournette was able to generate some offense, but it wasn’t enough to combat a pair of interceptions by his quarterback, Brandon Harris. The second pick came late in the fourth quarter and effectively sealed the win for Wisconsin, 16-14.

If you looked at Fournette’s stat line before looking at the score, you would think the Tigers may have done a little better. After being contained pretty well in the first half, Fournette went on to gain 176 total yards, but the Badgers held him out of the end zone—something only Ole Miss was able to do last year.

To make matters worse, Fournette left the game after his final carry with a noticeable limp. The injury is not believed to be serious.

After ending last season surrounded by rumors that he was going to be fired, Les Miles starts the 2016 season with a loss for the first time in his career at LSU. A loss doesn’t mean the season is over, but it does make the road a lot tougher. The margin for error gets a lot smaller, but luckily the schedule is not very tough.

Of the games remaining on their schedule, LSU will only be challenged in four of them (Florida, Ole Miss, Alabama, and Texas A&M). Beating Alabama would go a long way to securing another season for Les Miles, but to do that, he will need to find a passing game.

He certainly doesn’t have one with Brandon Harris behind center.