Recap: No. 17 Michigan State Spartans At Indiana Hoosiers—So They Play Something Besides Basketball In Indiana?

Michigan State appeared to be a contender a couple of weeks ago with how it handled Notre Dame. So when the Spartans kicked off Big 10 play last week against Wisconsin last week they had high hopes for the season—but then were manhandled by the Badgers, 6-30.

One conference loss is hard to overcome but not impossible as long as you win out. That would be easier said than done with Michigan and Ohio State still to come, but first, they had to take care of business against teams they should beat. 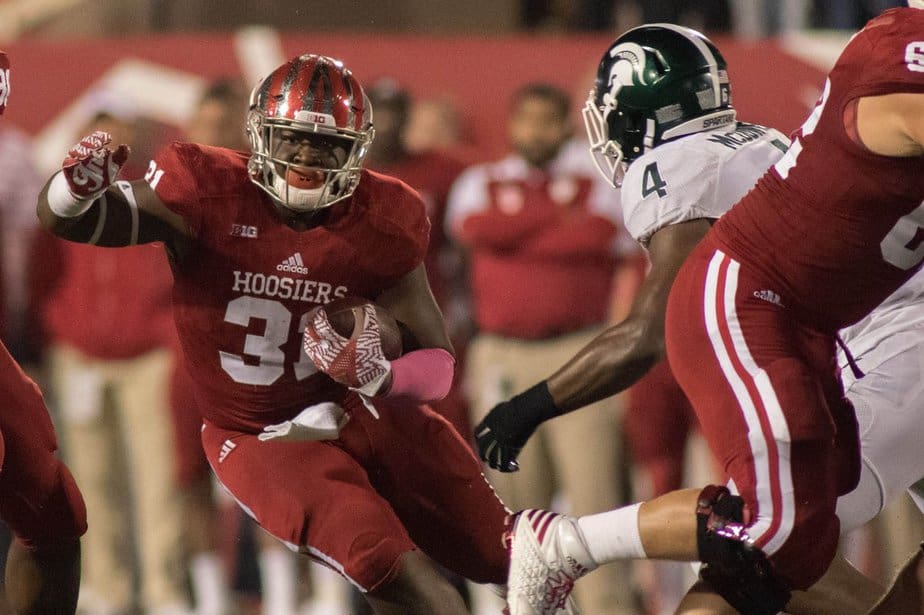 There was just one problem with that. The Hoosiers didn’t appear to get the memo.

Michigan State was able to move the ball on offense (438 total yards), but the Indiana defense kept the Spartans from putting a lot of points on the board. That is, after Tyler O’Connor connected with R.J. Shelton on an 86-yard touchdown play in the first quarter.

Neither offense would get much accomplished for the rest of the half, but both would come alive in the second half. The Hoosiers moved the ball well on the opening drive of the second half, but failed to score on four tries inside the ten-yard line and turned the ball over on downs.

But the Spartans were far from done and managed to tie the game up with 11 seconds left to play and sent the game to overtime.

The Hoosiers had gained only 106 yards in the first half but had exploded in the second for 317 (NCAA). While the Hoosiers had played well over the course of the game and in particular the second half, the momentum was still with the Spartans heading into overtime.

History did not favor the Hoosiers—but Indiana didn’t care.

The IU defense sacked Tyler O’Connor twice on the Spartans overtime drive forcing them to attempt a 49-yard field goal—which Michael Geiger missed forcing the Spartans to depend on their defense.

At first, it appeared as if they could. The Michigan State defense held the Hoosiers and forced them to attempt a field goal (which they missed), but then committed a personal foul and gave Indiana another chance.

Three plays later IU kicker Griffen Oakes hit a 20-yard chip shot to give the Hoosiers a 24-21 win in overtime.

“Great drive at the end of the game to tie it up, but not very good in overtime — that’s for sure,” coach Mark Dantonio said after the game. “We were sacked twice, we jump over the pile. Very disappointed. Now we have to claw our way back into things.”

The loss likely knocks the Spartans out of the Big Ten race; a race they really didn’t expect to be in after losing a ton of guys to graduation from last year’s squad. The win will bring the Hoosiers some more attention and hope for a week—but then they take on Ohio State and Nebraska.

Enjoy it while it lasts Hoosiers.