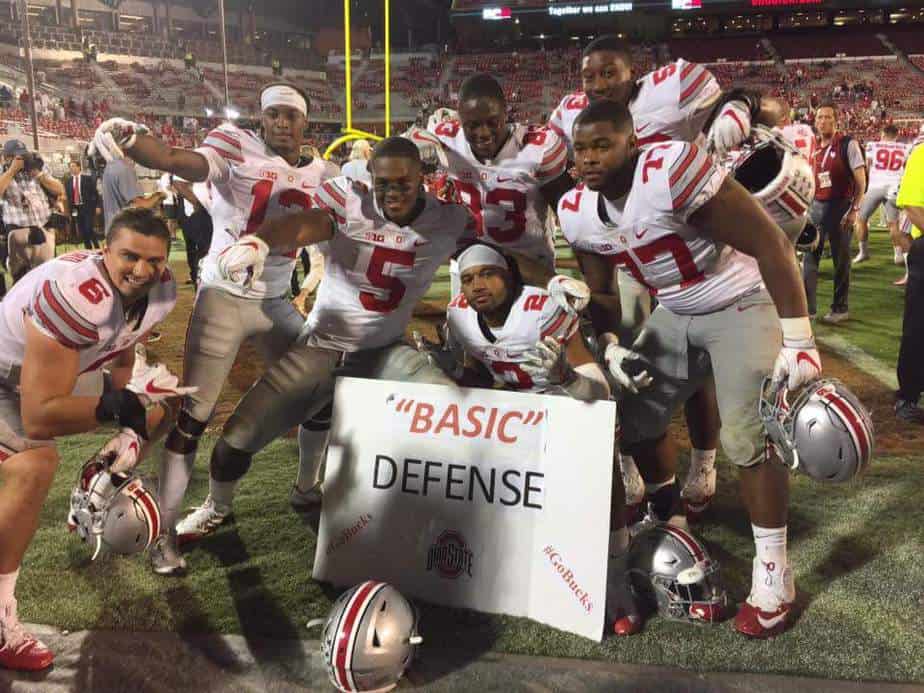 In a strange way, the outcome of the Oklahoma-Ohio State game gave ESPN NFL analyst Trent Dilfer a little validation. At least folks in the state of Oklahoma will agree with his “backup quarterbacks should be seen and not heard” mentality.

Earlier in the week, the backup quarterback for the Oklahoma Sooners, Austin Kendall, had the chance to give some thoughts on his team’s upcoming game against Ohio State. What he ended up saying about the Buckeyes defense can best be described as foolish:

“I think they have a really basic defense,” he said this week on “Sooner Sports.” “I think we can go out there and, I mean, Baker, he’ll light them up. I’m really looking forward to it. If my number’s called, I think I can do the same.”

Why? Why on Earth do you give the opposition such obvious bulletin board material? If it was another team, the comment might not have mattered much. But since Ohio State is a young team full of inexperienced players that are dying to prove themselves, it added fuel to their fire.

And burn Oklahoma the Ohio State Buckeyes did—by 21 points to be precise (45-24).

The Sooners only had six returning starters coming into the 2016 season, but you wouldn’t know it watching them steamroll over the Sooners.

Ohio State only gained a yard on their first drive of the game, but the offense didn’t take long to get moving. They only needed four plays on their next drive to get the first touchdown of the day on the board. That touchdown was followed by an interception returned for another one to give Ohio State a 14-0 lead.

But the Sooners were not going to lie down and take it. Joe Mixon returned the ensuing kick-off 97-yards for Oklahoma’s first points of the day. In the replay, it appeared as if Mixon may have dropped the ball before crossing the goal line, but the refs called it a touchdown so it counted.

That would be as close as the Sooners were going to get. It wasn’t long before the Buckeyes took a 21-7 following an 89-yard drive that Noah Brown finished off with a four-yard touchdown reception. Brown would go on to make five receptions—four of them for touchdowns including a 21-yard reception where he had to reach around the defender and secure it against the defender’s back (definitely a catch of the year candidate).

Entering the game, Brown (a sophomore) had only five catches and a single touchdown to his name.

Baker Mayfield struggled against Ohio State’s “basic” defense completing just 17 of 32 pass attempts for 226 yards, two touchdowns, and two interceptions (both of which resulted in 14 points for Ohio State). He was also sacked three times and was often under heavy pressure from the Ohio State defense.

Even though Ohio State was favored on the road, head coach Urban Meyer entered the game with a little concern over how his young, inexperienced team would do on the road against a talented, veteran squad like Oklahoma.

“I swallowed hard when I thought about who was getting on that plane to come out here,” Meyer said (ESPN).

Meyer had nothing to worry about Saturday and will not have anything to worry about for a few more weeks. Next up, are a pair of what should be easy ones for the Buckeyes (Rutgers on 10/1; Indiana on 10/8), but Ohio State will have a tough one on their hands when they face Wisconsin (10/15).

If Oklahoma head coach Bob Stoops wasn’t worried, he should be now. Twice in just three weeks he failed to make the necessary halftime adjustments for his team even to appear competitive against a tough opponent—and it’s not going to get easier. The Sooners will have a week off to lick their wounds before facing a tough TCU team (10/1), a resurgent Texas (10/8), Kansas State (10/15), and the high-powered Texas Tech offense (10/22).

“Big Game Bob” may have to start livin up to his nick name before he becomes “Unemployed Bob.”