Kirk Cousins is taking a big chance on himself this season. Rather than sign the long-term deal the Redskins were willing to offer him, he opted to play this season under the franchise tag so he could prove he is a stud that deserves to be well-paid. Fans had every reason to believe he would do just that this season.

But then the actual season started for Washington with a tough one right out of the gate with the Pittsburgh Steelers. It didn’t go well. 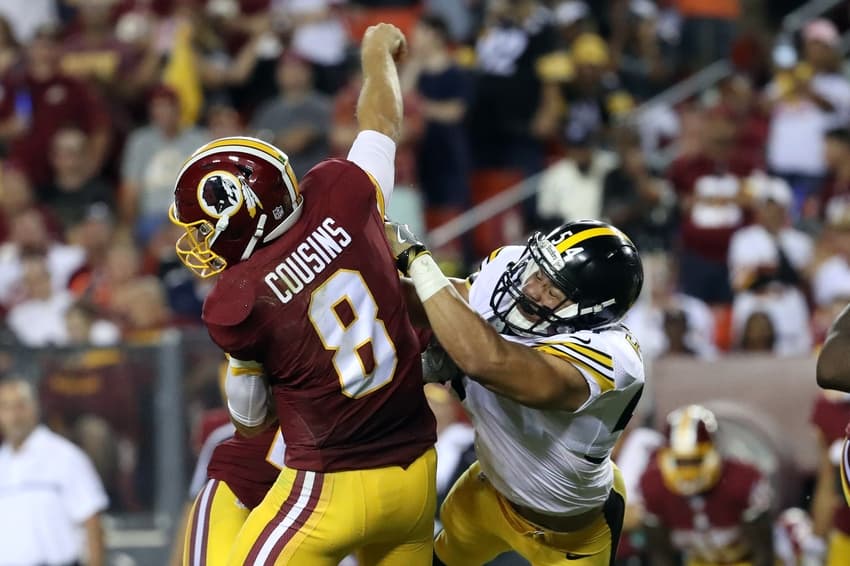 The problem wasn’t necessarily Cousins (30-43 for 329 yards), but his mistakes (two interceptions) certainly didn’t help. If blame is to be laid anywhere, it is with the utter lack of a running game, the inability to stop the Steelers running game, and how the Redskins chose to defend Antonio Brown.

In 2012, powered by the dynamic duo of Robert Griffin III and Alfred Morris, the Redskins had the best running game in the NFL. With both being young players, the future looked bright for Washington. After gaining just 55-yards against the Steelers Monday night, they are now among the league’s worst (No. 30).

Cousins did his best to keep the offense moving without any help from the running game, but with no help from the defense, his efforts were in vain. DeAngelo Williams ran for 143 yards and two touchdowns and added another 28 yards on six receptions. Ben Roethlisberger had a 300-yard night and threw three touchdowns passes; two of which went to Antonio Brown (eight receptions, 126 yards).

The game was close at the end of the first half, 14-6, but the Steelers offense blew the game wide open in the second half en route to a 38-16 win.

“We lost, so that’s pretty much all you have to say,” Cousins said after the game. “We came away with a loss and it wasn’t good enough. I really don’t have much to say much more than that. We have to come out with a win.

Pittsburgh is widely considered one of the better teams in the NFL, so there win is not shocking. What was a surprise was the inability of the Redskins to put up much of a fight. After spending $15 million on cornerback Josh Norman during the offseason, people expected the team to have him cover Antonio Brown throughout the game.

Instead, the game plan called for Josh Norman to stay on the left side of the field which left Bashaud Breeland to take care of Antonio Brown—which he clearly didn’t do a good job of. After the game, head coach Jay Gruden backed up the game plan and gave credit to Brown:

“He’s a good corner and he got best by a great player today and some great passes that I don’t know what corner could defend.” head coach Jay Gruden said of Breeland.

Washington will need to do something about their problem areas if they are going to beat the Dallas Cowboys when they come to town. Dallas’ defensive line should help get the Redskins running game going, but Ezekiel Elliot should have as much of a field day against the woeful Washington line. Dak Prescott will not pick apart the Washington secondary as well as Ben Roethlisberger, but he could definitely have a good day.

The Steelers will face a much better opponent next week when they host the Cincinnati Bengals.