When the Washington Redskins signed defensive back Josh Norman away from the Carolina Panthers, many fans began to look forward to the first time the team would play the New York Giants. It had nothing to do with beating a hated division rival. No, they wanted to see Norman and Odell Beckham Jr. go toe-to-toe again.

It finally happened Sunday in New Jersey—but it was nothing like the infamous meeting between the two last season. 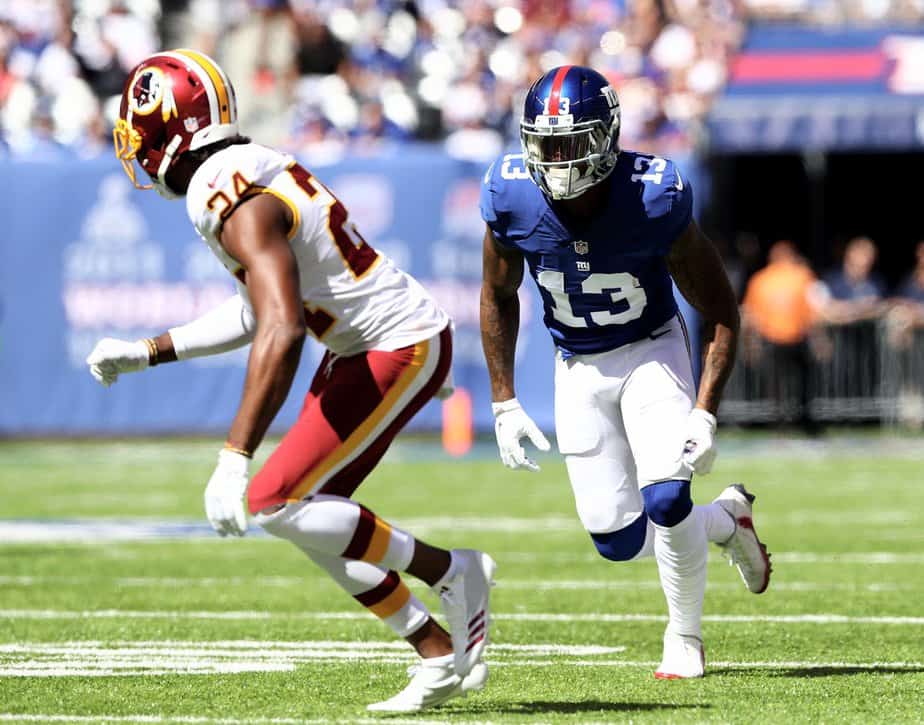 After the poor way the two behaved in last season’s match-up, the referees made a point to talk to both before the game. A new rule was implemented in the off-season that called for a player to get ejected after his second personal foul.

Last season, Beckham had three and ended up being suspended for a game.

After the game, he talked to the media about the warning and his thoughts on the new rule:

“So you’ve just got to be on your best behavior. Unfortunately, that’s what it’s come to. It’s not really football anymore as much as it is all the other things that play into it.”

It sounds like he’s saying being on one’s best behavior is a bad thing. Acting like a fool, like he did in last season’s game against Norman, certainly didn’t do him or the Giants much good. In that game, he caught six of nine balls thrown his way for 76 yards and a touchdown. In Sunday’s game, he had seven receptions (was targeted 11 times) for 121 yards.

Both games were won by the team Beckham Jr. did not play for. Washington won on Sunday, 29-27.

As for the rest of the Giants, committing 11 penalties that cost the team 128 yards and their starting center, Weston Richburg, (for two personal fouls) certainly made things harder than they needed to be. While Eli Manning threw for 350 yards and a touchdown, he did have two interceptions. One ended a promising drive in the fourth quarter, and the other ended the team’s final drive. The Giants put the ball on the ground three times as well (lost one).

“It was ourselves. It was ourselves. I think it’s obvious,” running back Orleans Darkwa said. “Turnovers, you can’t have those. We have to take advantage of our opportunities, and we didn’t do that. … At the end of the day we lost. We beat ourselves.”

The Giants mistakes did contribute to the loss, but at the end of the day, the way the Redskins played contributed a lot more to the outcome. The running game still wasn’t very good, but Matt Jones showed signs of life with 65 yards on 17 carries. The critics should be a little quieter this week for Kirk Cousins. On the day, he completed 21 of 35 passes for 296 yards and a pair of touchdowns—and no turnovers. He did put the ball on the ground once, but the Redskins recovered it.

Washington certainly needed the win after starting the season 0-2, and it certainly helps that it came against a division rival. Next week they face a Cleveland Browns team that looked better than it has all season with rookie Cody Kessler behind center.

New York will have a tough time rebounding from the loss next week with the Minnesota Vikings coming to town.