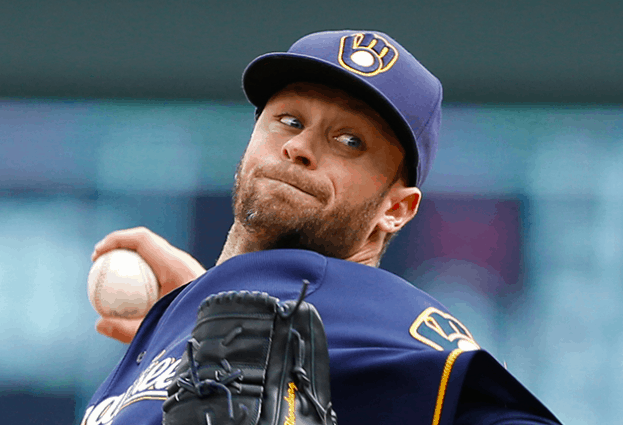 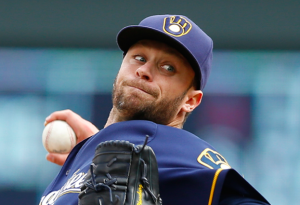 The Boston Red Sox have acquired relief pitcher Tyler Thornburg in a trade with the Milwaukee Brewers. Going back to Milwaukee in the trade will be third baseman Travis Shaw, pitching prospect Josh Pennington, and shortstop prospect Mauricio Dubon. With a tremendous amount of value being placed on relief pitchers this offseason, particularly high-priced closers, the Red Sox have decided to go the trade route to give their bullpen a boost. Meanwhile, the Brewers continue to add young players as part of a long-term rebuilding project.

Thornburg has emerged as one of the better setup men in baseball over the past couple of seasons, posting a 3.67 ERA in 2015 and a 2.15 ERA in 2016. He also took over the closer’s role for the Brewers late in 2016 after the team traded Jeremy Jeffress. Thornburg is entering his first year of arbitration, so he’s under team control for three more seasons at an affordable rate, making him a valuable commodity on the trade market this winter.

With the Red Sox likely to lose relievers Brad Ziegler, Koji Uehara, and Junichi Tazawa to free agency this winter, they had little choice but to make a bold move to add bullpen help. With Craig Kimbrel entrenched as the closer, Boston was never going to be in the mix for one of the top relievers on the free agent market, but the addition of Thornburg does give them a reliable setup man in front of Kimbrel. Joe Kelly and Matt Barnes also figure to hold important roles in Boston’s bullpen in 2017, while the team is hopeful that Carson Smith will be able to return from Tommy John surgery the second half of the season.

Giving up Shaw and a couple of prospects is a bit of a steep price for Thornburg, but given his recent success, having control of him for three years, and the need for bullpen help, the cost should be worthwhile. Trading Shaw actually gives Boston some flexibility on the infield. The Red Sox could potentially pursue a big bat to be their DH, leaving Hanley Ramirez at first base and giving Pablo Sandoval another chance at third base until top prospect Yoan Moncada is ready to take over. With Ramirez locked up, Sandoval returning, Moncada on his way, and an excess of outfielders, Shaw may have seen a diminished role in 2017.

As for the Brewers, Shaw, who is four years away from free agency, will likely become the team’s every day third baseman after posting a solid line of .242/.306/.421 last season. Shaw’s presence will push Jonathan Villar to second base. If Villar can replicate his .285/.369/.457 line from 2016, he can be an all-star caliber second baseman, potentially giving Brewers one of the most dynamic middle infields in baseball if Orlando Arcia can grow into the kind of shortstop the team believes he can be.

The Brewers also improve a farm system that already includes eight of the top 100 prospects in the game, according to MLB.com. Pennington is a hard-throwing righty who played in short-season A-ball last year coming off Tommy John surgery, but has a chance to grow into an impact big leaguer. His control issues and lack of size may force him into a relief role eventually, but with a plus fastball and a curveball that has plus potential, Pennington could ultimately become a late-inning reliever in the majors.

Dubon, meanwhile, is not a high-end shortstop prospect due to a lack of power, but he hit .339 with a .909 OPS the second half of 2016 in double-A. He’s also an above-average fielder and runner, making him an intriguing player to watch over the next year, even if Milwaukee’s middle infield looks settled for years to come with Villar and Arcia.

Ultimately, this trade has a chance to work out for both teams. The Red Sox needed bullpen help, and Thornburg can be one of their top relievers for the next three years. The Brewers, meanwhile, solidify their infield with the acquisition of Shaw, a player who can build upon a solid season in 2016. Milwaukee also strengthens an already impressive farm system with a pair of intriguing prospects, as this trade could pay off for them in both the short term and long term.