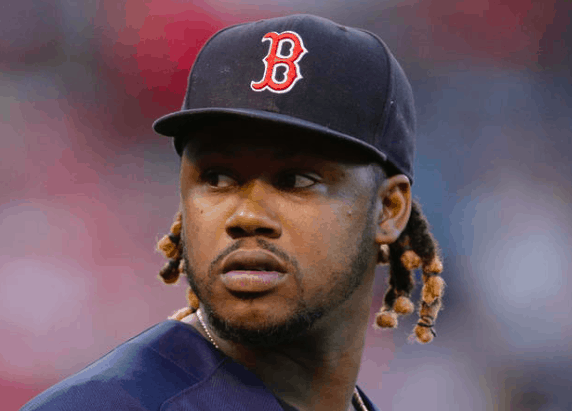 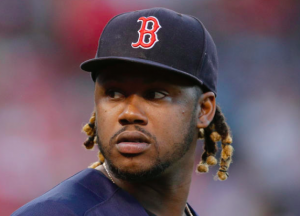 Hanley Ramirez, who is poised to fill the shoes of David Ortiz as the primary DH for the Boston Red Sox in 2017, has been hampered this spring by a nagging shoulder injury. The issue has not stopped Ramirez from serving as a DH during spring training games, but it has prevented him from playing first base. Even with more than a month until opening day, there is some level of concern on the part of the Red Sox, especially with Ramirez set to leave camp on Friday and join the Dominican Republic team ahead of the World Baseball Classic.

“It would be safe to say if no improvements or ramping up in the throwing program in the next 24-48 hours, additional testing is probably needed at that point,” Red Sox manager John Farrell said Wednesday. “But as of today, no revelations in any way.”

As of right now, the plan during the WBC is for Ramirez to split time at first base with Carlos Santana of the Cleveland Indians. Of course, if the stiffness in his shoulder doesn’t subside quickly, Ramirez will be unable to spend any time at first base for the Dominican team, which is being managed by former big leaguer Moises Alou.

Naturally, the Red Sox have some reservations about Ramirez spending time away from the team while he’s dealing with the shoulder issue. The last thing the Red Sox need is for Ramirez to exacerbate the injury while playing in the WBC and miss time during the regular season as a result.

“His role with the Team Dominican is to DH. He’s doing that now,” Farrell said. “What we need to do is if in fact, he goes, we’ve got to continue to be corresponding with their medical staff as best as possible to make sure work is being done and that there’s some increase at some point of the throwing program.

If the Dominican Republic ends up in the finals of the WBC, which is not out of the question, Ramirez will end up being away from the Red Sox for three weeks, returning roughly 10 days before opening day. The club knows a lot can happen in that time. The Red Sox also know that he’ll need to be preparing for the major league season while he’s away on international duty.

“Hanley’s aware of this, in our planning, that he’s not solely a DH,” Farrell adds. “So he’s got to get his throwing program ramped up. We’ve got a month remaining. Right now, we don’t feel like there’s anything structural there. Again, in a couple of days, if that doesn’t start to turn, we’ve got to get through some additional testing.”

Ramirez may be the primary DH in 2017, but there’s a good chance the Red Sox will ask him to play first base against left-handed starters in place of Mitch Moreland. This will help outfielder Chris Young get more at bats, and could help Farrell keep other players rested and fresh over the course of the season.

The Red Sox aren’t overreacting to the issue with Ramirez’s shoulder at this point. But they want to make sure all the I’s are dotted and all the T’s are crossed when he’s away at the WBC, which Ramirez has no intention of skipping, even with a bum shoulder. If Ramirez can only serve as a DH once the season starts, it’ll hurt Boston’s lineup flexibility and could potentially create a situation in which Ramirez needs to go to the DL, which is one of the last things the Red Sox need this year.