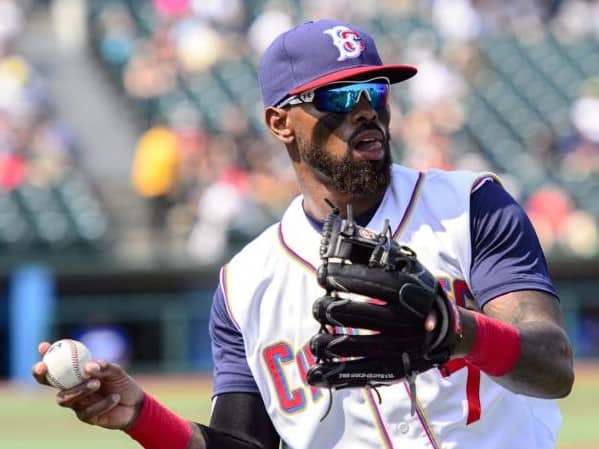 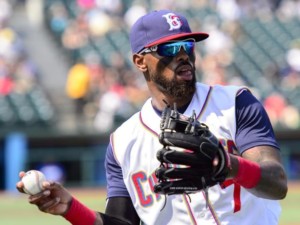 Jose Reyes is one step closer to returning to the big leagues as a member of the New York Mets. After signing a minor league deal with the Mets on Saturday, Reyes made his return to the Mets’ organization on Sunday, playing for the team’s short-season affiliate in Brooklyn.

Reyes played six innings at third base before being removed from the game as scheduled. He hit in the leadoff spot, which Mets manager Terry Collins says is the plan once Reyes is brought up to the Mets, going 0 for 3 with a strikeout. He was cheered enthusiastically before the game and before his first at bat by most of the 7,851 fans in attendance. After the game, Reyes spoke to the media for the first time since inking his minor league deal with the Mets.

“I know some people out there, they’re going to be hard on me, and I respect that,” Reyes said, acknowledging those upset that he’s getting a second chance to play baseball after his domestic violence arrest last October. “I understand. I put myself in that situation. But like I said, I’ll stand up here like a man, and I made a bad mistake. That was a terrible mistake. I’ll do everything I need to do to try to get better, and we’ll see what happens.”

The former batting champ also reminisced about his time in New York early in his career. “Through all those years that I played here in New York, I never got in trouble,” Reyes explained. “I was a happy kid who loved to play the game and who loved to enjoy the game and helping my ballclub to win. Like I said, we’re human beings. We make mistakes. But I feel like I need a second chance.”

In the field, Reyes handled two popups and one routine grounder at third base. It was the first time he played anywhere but shortstop or second base in his professional career. Reyes will be asked to play primarily third base with the Mets, although the team has said they will expose him to the outfield during his stint in the minors. “It doesn’t matter what position I play here because I’m going to feel comfortable, I’m going to feel happy,” Reyes said Sunday. “I’m going to try the best I can to be better at that position, whatever they want to put me in.”

Mets GM Sandy Alderson was in attendance Sunday, watching Reyes play. Alderson said Saturday that he estimates Reyes spending seven to 10 days in the minors before returning to the Mets. Reyes is expected to play again with Brooklyn on Monday and then move to either double-A or triple-A. The Mets are paying Reyes the major league minimum for the rest of the season, with the Colorado Rockies paying a majority of the roughly $40 million he’s owed between this season and next season. New York also has a player option on Reyes for the 2017 season.