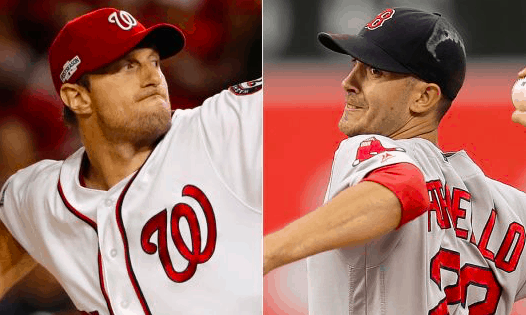 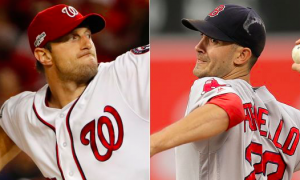 Major League Baseball announced its Cy Young award winners for 2016 on Wednesday night, and it was not without a bit of controversy. In the American League, Boston Red Sox ace Rick Porcello edged out previous Cy Young winner Justin Verlander in one of the closest races in recent memory. Meanwhile, the National League Cy Young was awarded to Max Scherzer of the Washington Nationals.

Cy Young voters gave Porcello 137 points, giving him the award over Verlander, who received 132 points. However, Verlander was first on 14 ballots, as opposed to Porcello, who was first on just 8 ballots. The difference was in Porcello receiving 18 2nd place votes, while Verlander was actually left out of the top-5 on two ballots. The difference was small, but it was enough to give the Cy Young to Porcello, who won 22 games and posted a 3.15 ERA in 2016.

Verlander appears to be taking his narrow loss in stride, as he and Porcello were teammates with the Tigers from 2009 to 2014. But the same may not be true for Verlander’s fiancee, supermodel Kate Upton. In a series of tweets, Upton criticized Cy Young voters for depriving Verlander of the award. Of course, this was not the first time Verlander lost out on the Cy Young by a narrow margin. In 2012, Verlander lost to David Price by just four points, depriving him of a second straight Cy Young.

Corey Kluber of the Indians finished 3rd, and Baltimore Orioles closer Zach Britton finished 4th. They were the only two outside of Porcello and Verlander to receive first place votes. Chris Sale, the subject of much trade speculation this offseason, finished 5th in the Cy Young voting.

The voting in the National League was a little less eventful, as Scherzer won the award with a 90-point margin. Jon Lester of the Cubs finished second, while his Chicago teammate Kyle Hendrick finished 3rd in the Cy Young voting.

Scherzer was always the frontrunner for the Cy Young in the National League. He led the N.L. in wins with 20, as well as strikeouts, recording 284 in 228.1 innings, while posting a 2.96 ERA. If that weren’t enough, in May, Scherzer became the 4th pitcher to ever record 20 strikeouts in one game.

This is Scherzer’s second Cy Young. His first came in the American League in 2013 when he was with the Tigers and teammates with both Porcello and Verlander. He becomes the sixth pitcher to win the Cy Young in each league, joining a list that includes Roger Clemens, Randy Johnson, Roy Halliday, Pedro Martinez, and Gaylord Perry.

“It’s such an accomplishment,” Scherzer said via satellite from a scuba boat in the Caribbean, where he’s currently on vacation. “I mean, there’s so many people to thank — all my teammates, for going out and competing the whole season, for everything they did for me. I can’t thank them enough for everything they did.”